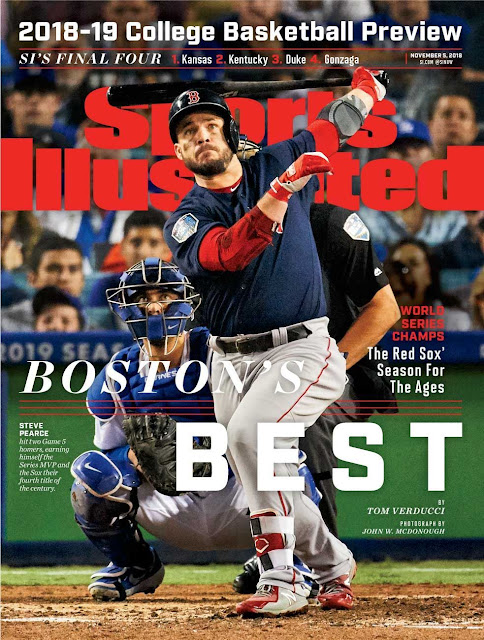 STEVE PEARCE slams one of his Game 5 home runs as he BOSOX are en route to celebrating their victory for the new issue of SPORTS ILLUSTRATED Magazine.