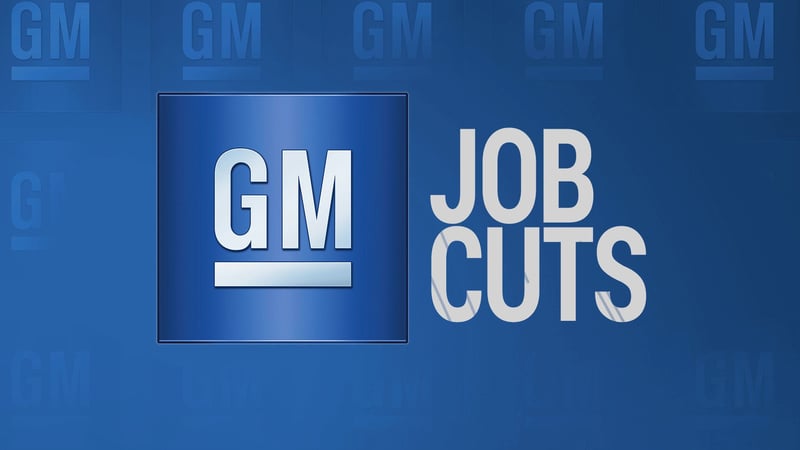 Earlier today, automobile titan GENERAL MOTORS announced the coming reduction of their human resources by 14,700 employees, and, the permanent closing of five GENERAL MOTORS PLANTS in the United States and Canada!!!

Both the white-collar and blue-collar workforces will be affected with some taking buyout packages and others being laid off. The five GM plant locations to be closed by the end of 2019 are Baltimore, MD, Detroit, MI, Lordstown, OH, Oshawa, Ontario, CAN, and, Warren, MI.


"Managers from each department were given cost-cutting goals to meet by the end of the year, which could be met by addressing discretionary spending or leveraging buyouts. The managers still have to approve the buyout requests from their employees before GM knows exactly how many employees it needs to lay off.
The automaker offered buyouts to 18,000 salaried workers on Halloween, and the deadline to accept the offer was last week.
Under GM's buyout offer, eligible employees could receive six months' pay and six months' health care coverage starting in February, though on a case-by-case basis some employees could leave before the end of the year to effectively get eight months' compensation.
The expected layoffs come as GM is also planning to stop production at five plants next year, including Detroit-Hamtramck Assembly and Warren Transmission, affecting about 14,300 jobs across the company.
The buyouts and layoffs among GM's salaried workers are part of what the automaker has called a transformation of its workforce. At the same time GM executes some 6,000 layoffs among salaried workers, it is hiring aggressively in emerging automotive disciplines like software development, batter and fuel cell technology and autonomous vehicle development.
GM Cruise LLC, the automaker's self-driving vehicle development arm based in San Francisco, recently surpassing 1,000 workers. A new office in Seattle opening early next year will also add up to 200 new workers.
MARY BARRA is General Motors CEO.
MARY BARRA stated;
"We are going to continue to hire... GM is focusing harder on the "skillsets of the future"
"You will see us having new employees join the company as others are leaving. We still need many technical resources across the company."