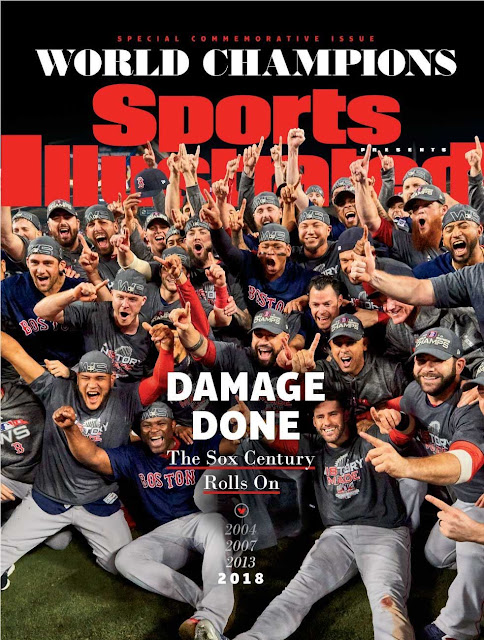 The RED SOX wrapped up the 2018 WORLD SERIES four-games-to-one by winning games one and two on their home turf of FENWAY PARK. The DODGERS then won Game #3 at DODGER STADIUM in LOS ANGELES. The SOX then sealed their title by taking games four and five in L.A.

For these reasons and so Much MORE, the 2018 WORLD SERIES Champions BOSTON RED SOX are the stars of their very own 2018 MLB WORLD SERIES CHAMPIONSHIP SPECIAL COMMEMORATIVE ISSUE of SPORTS ILLUSTRATED Magazine.