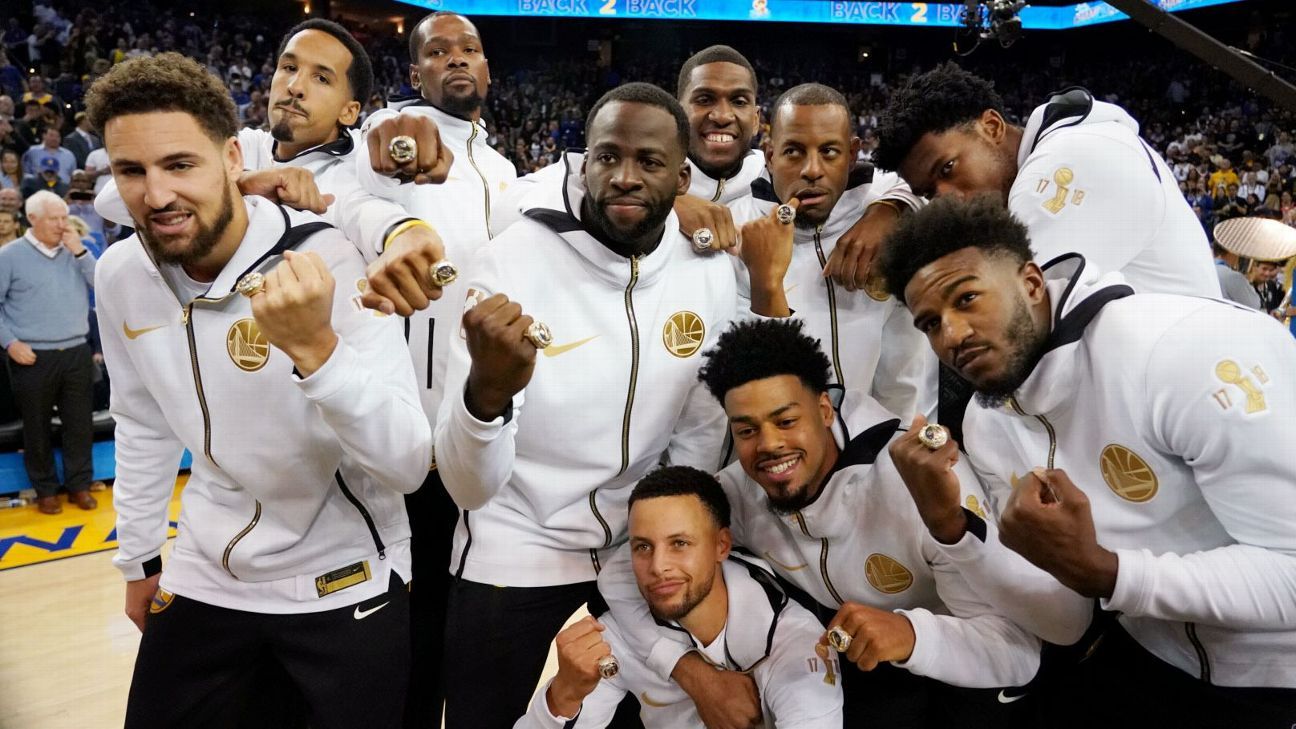 Last night, just before the beginning of the 2017 - 18 NBA WORLD CHAMPIONS GOLDEN STATE WARRIORS home opener 108 -100 defeat of the OKLAHOMA CITY THUNDER at their ORACLE ARENA in Oakland, the WARRIORS watched the unveiling of their championship banner and received their championship rings!!!