Last night, FOX premiered its new sitcom The COOL KIDS starring DAVD ALAN GRIER, and earlier this week, the iconic actor-comedian was at the POWER 105.1 studios for a interview with ANGELA YEE and CHARLAMAGNE Tha GOD for The BREAKFAST CLUB!!!

DAVID an the TBC Crew discussed myriad of topics including:

Daddy Warbucks is ready! Annie at the Hollywood Bowl!
A post shared by David Alan Grier (@davidalangrier) on Jul 27, 2018 at 4:46pm PDT

40 years after she starred in the JOHN CARPENTER-directed 1978 film HALLOWEEN, iconic Actress JAMIE LEE CURTIS is back on the big screen for the forthcoming 2018 film HALLOWEEN, and she is the cover story for the HALLOWEEN 2018 Issue for ENTERTAINMENT WEEKLY Magazine!!!

JAMIE LEE CURTIS on the 40 years that have passed for her character LAURIE STRODE:


“She was really unhinged from the whole experience, The woman we meet 40 years later is really a walking example of PTSD.” 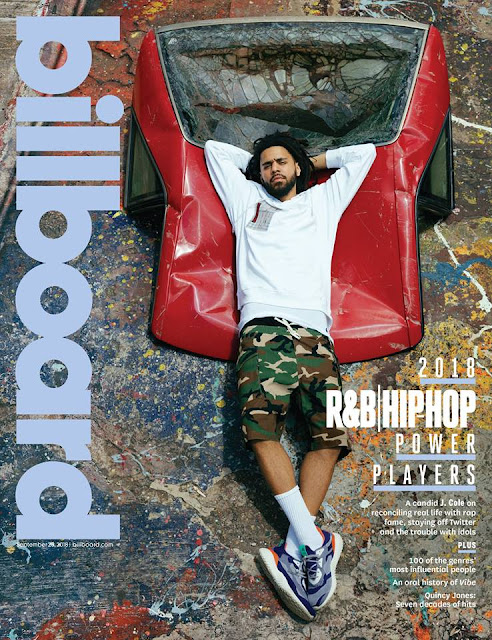 You seem to be making yourself more accessible to the press. Why the recent change?

Ib [Ibrahim Hamad, Cole’s manager] and the team thought it would be good. No disrespect to Billboard, but I literally was not in the mood. I was fine.
Fine how? Not needing this?
Just [not] having the desire to do it. And sometimes, when I do do [press], I end up feeling like it wasn’t fulfilling. But I also understand I’ve been stuck in my ways. 2014 was probably the year I decided, “F*ck it, I’m through trying to play whatever game is going on.” Then sh*t worked so well I fell all the way back. I’m on the other extreme now. I don’t want to be so stubborn where I don’t listen to people. I’m also building a company, a record label, with other artists. Their success, in some way, may depend on me being a little more present or accessible.
Did you vote in 2016?
No, I didn’t.
Do you think that might change by 2020 or the midterms?
The next election? It depends on who they put up there. Trust me, I hate to be a person who’s even promoting that I didn’t vote. Actually, with Trump in office, I love that America gets to see the truth. If Hillary Clinton was in office, it would be the most f*cking disingenuous sh*t because everybody would be thinking that everything’s cool because we got an incredibly qualified female president. Which would’ve been amazing on so many levels. But all the sh*t we see right now would’ve still existed; it would’ve just been quiet. And I prefer this sh(t to be out loud. I prefer an honest America. I prefer the world seeing that, yes, we’re a country that is dumb enough -- no disrespect -- [that] we got duped into electing Donald Trump.
Because you’re quiet on social media, no one knows where your mind is. It leads to misunderstandings about you.
Yeah, and they paint the narrative. That’s real. “Finger wagging,” that’s a phrase that clearly gets shared around. I’m like, “Y’all don’t even understand.” This happened when [2014 album] Forest Hills Drive came out, and I saw someone review it. It was this white girl -- no disrespect to white girls, that’s just what she was -- and she pinpointed a few lines and tried to make it sound like that’s what I was saying. I’m like, “D*mn, you really missed what I was attempting to do.” I saw that with “1985,” too. I would just chalk it up to, they’re not rap fans. They don’t understand subtlety and nuance in the genre. But what you just said is way more of an on-point reasoning. I made that song a year before, and so much sh*t happened, mentally, leading up to the song and after it. And it’s like people never even get a chance to hear that side of me. But I don’t care to correct it. I don’t have an urge or a desire to be like, “Hey, y’all, you know when I did ‘1985,’ I wasn’t really finger wagging.” It’s not my job to correct the narrative.
Right. Do you think cancel culture has any legitimacy?
That’s tough because we’re talking about black women. If it was a white woman involved with these allegations, then sadly -- I’m realizing as I’m talking to you -- maybe people wouldn’t cancel them just as quick, but labels would be forced to cancel, because white outrage is way more powerful than black outrage, unfortunately. When white people start getting outraged about this type of sh*it, then maybe something will happen.
Despite your discomfort with fame, people look to you as a sort of moral authority. Someone said to me at the charity event that you’re like the Harry Belafonte of rap.
Really? He’s a legend.
Do you want that responsibility?
No, because there’s a long history of activism and standing for something, and I haven’t done enough. I’m too selfish for that, and one day, I hope that I’m not. Right now, it’s about me, family and the music or any creative pursuits that I do. That’s selfish. I hope I do more for the community. People give me props now, but the truth is, I live my life very selfishly. The little shit I did today, that’s nothing. Harry Belafonte put his money where his mouth was and in the streets. I haven’t reached that point yet.
-CCG 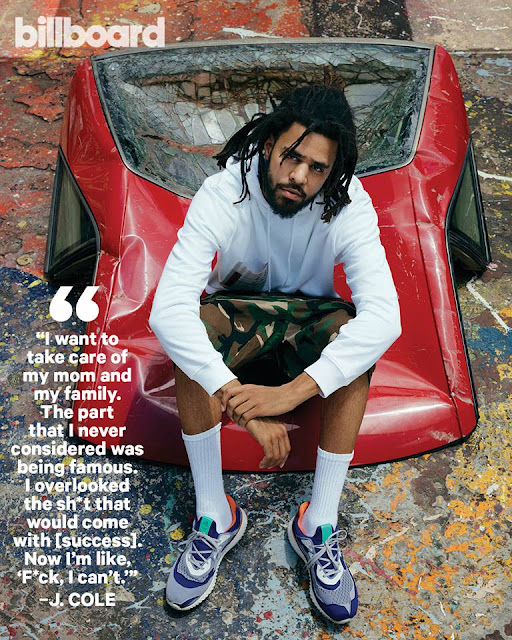 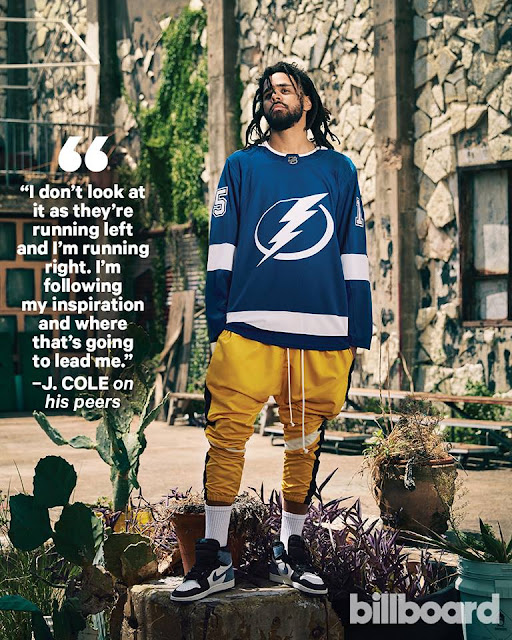 Feast, Salivate, and Lick Your Lips over some our favorite CCG Power Princesses who carried their candy cakes down the Billboard 2018 R&B Hip-Hop Power Players Black Carpet. 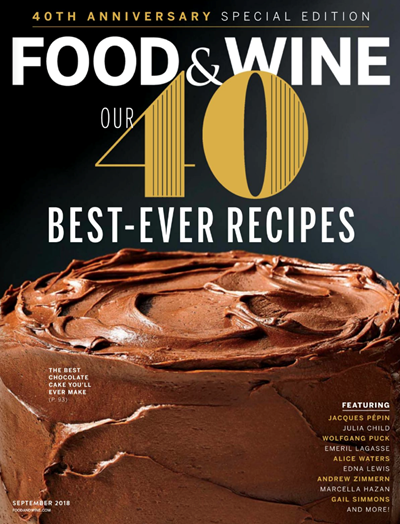 CRAZY COOL GROOVY CONGRATULATIONS and HAPPY 40th ANNIVERSARY to ALL of the the truly wonderful folks who through the years  have labored in the vineyard making it possible for us to enjoy the marvelous fruits of your labors and celebrate FOOD & WINE Magazine: 40th ANNIVERSARY SPECIAL EDITION!!!

September 2018 takes you on a journey as you travel from point-to-point through time and discover the 40 MOST IMPORTANT RESTAURANTS Of The PAST 40 YEARS, familiarize yourself with the 40 BIGGEST FOOD TRENDS Of The PAST 40 YEARS, prepare to raise your next entertaining event event to the next level with 40 ENTERTAINING TIPS From The FIRST 40 YEARS Of FOOD & WINE, reload your repertoire with the 40 BEST-EVER RECIPES From FOOD & WINE, and; so Much MORE. 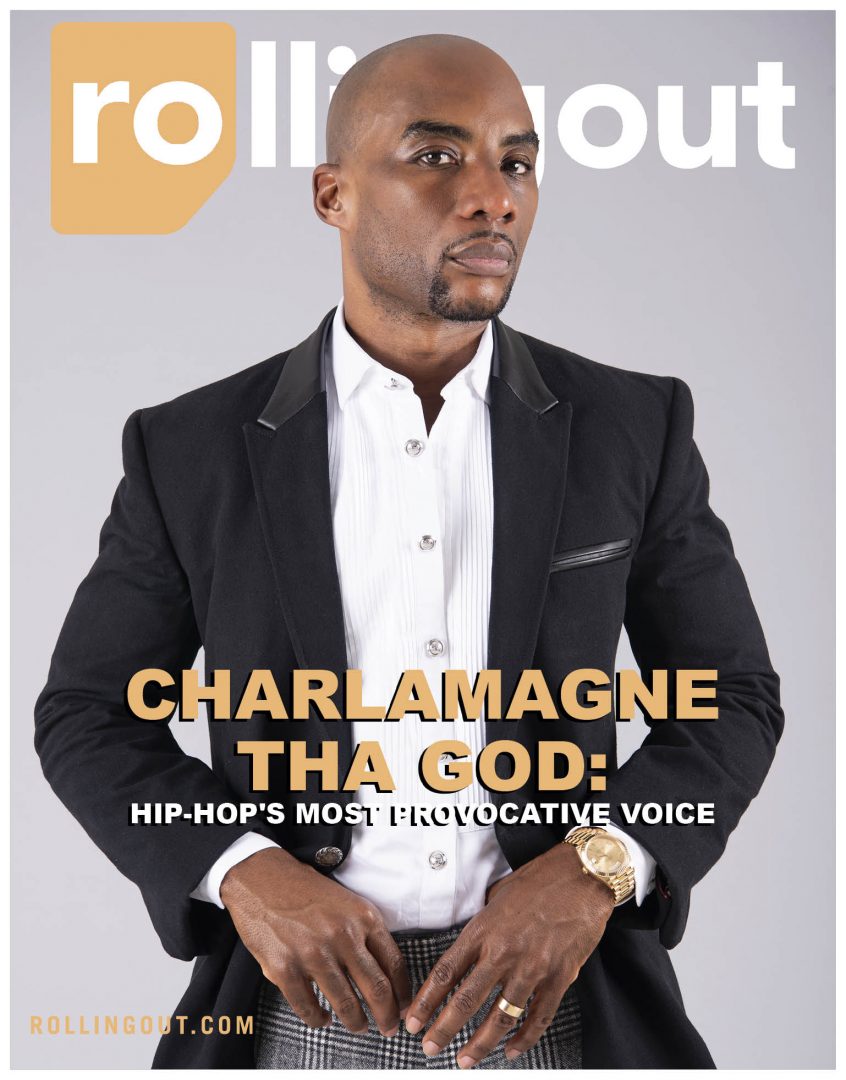 CHARESTON, SC-native New York City-based POWER 105.1 The BREAKFAST CLUB Host-Cultural Critic-TV Personality-Author CHARLAMAGNE Tha GOD has recently released his second book SHOOK ONE: ANXIETY Playing TRICKS On ME, is leading a Master Class at ROLLING OUT: R.I.D.E. CONFERENCE 2018, and; is the cover story for the new issue of ROLLING OUT Magazine!!!


Here are are few interview interludes:


Do you believe technology is taking us further away from being truth tellers and instead allowing everyone to have their own brand of news or truth?
Of course. It also allows us to pick and choose what we consider news. We had Andrew Gillum on “The Breakfast Club” back in February and again in June, so when you see headlines saying media wasn’t covering him, that isn’t true. Those interviews get less attention than when Mo’Nique is barking at me, but we cover as much as we can.
Do you believe we are desensitized as a community because of what we are constantly inundated with?
We are totally desensitized, but it’s been that way. You see people murdered, stabbed, blood everywhere, and it’s all on your timeline. People are also easily manipulated by what they see. This can be a good thing, but it’s mostly used irresponsibly. I’ve used it to push certain social issues that are important because I know if I get certain people to post others will follow, so it brings attention to certain causes, which is cool.
Did the recent attention to mental health issues inspire your new book, Shook One?
Yes and no. I was diagnosed 10 years ago with anxiety, but I realized I always dealt with it. Back when I was in the streets, I just thought it was part of the lifestyle. Honestly, you could see how someone living that lifestyle could suffer from anxiety because you aren’t doing the right things. There are always consequences. You got to constantly be watching your back. But for me, once I was out of that lifestyle and things are good, [the] family’s good and you still are feeling those same anxious feelings, then you know something is wrong.
You are doing a master class at rolling out‘s RIDE conference, and your session deals with the importance of entrepreneurship. In your opinion, why is entrepreneurship so important to the Black community?
Like Jay-Z says, financial freedom is our only way out. I don’t know why Black folks keep waiting on the White man to come help them. It’s obvious he isn’t coming. Entrepreneurship is the key. We have to teach our children to own their own businesses, and not only that but [also] to hire other Black people in those businesses. We have to hire each other and become patrons of each other.

Less than a month away. My second book #ShookOne “Anxiety Playing Tricks On Me” I am very interested to see what this one does for the eco system. Pre Order link in my bio!!!!
A post shared by Charlamagne Thagod (@cthagod) on Sep 24, 2018 at 3:36am PDT 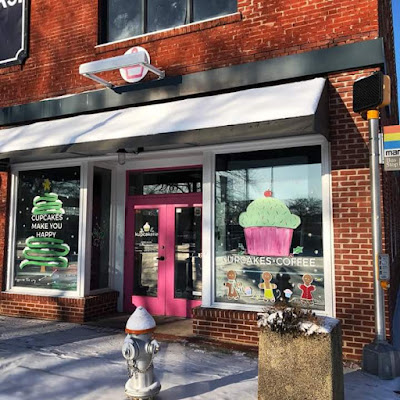 A few Saturdays ago, Yours Truly CCG took a trip into Downtown East Point to try out a new barbershop, COMMUNITY KUTZ & KURLZ BARBER SALON!!!

After getting a fresh cut, Ya Boy was feeling a little snackish...

KUPCAKERIE MENU specializes in cupcakes and coffee. Their memu is a testament to that fact.

The cupcakes are are concoctions of their own custom flavors.

They also have a nice variety of othery bakery items including doughnuts, sweet rolls, croissants, etc., and; ALL of their goods are baked fresh on the premises on a daily basis.

CCG decided to try the SPINACH And FETA CROISSANT. While at cupcake shop, might as get a cupcake, so; decided on the 24 CARROT GOLD CUPCAKE.

Noticing that on the beverage list, they had an item that reminded Ya Boy of hometown New Orleans. Decided to help it all go down with a freshly-made hot CAFE Au LAIT. 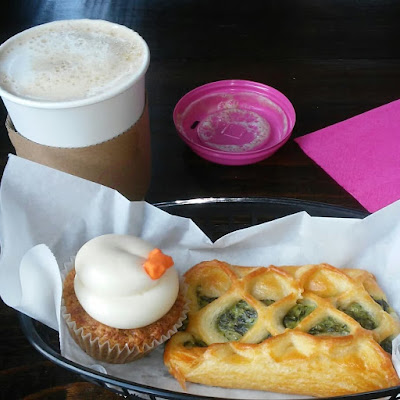 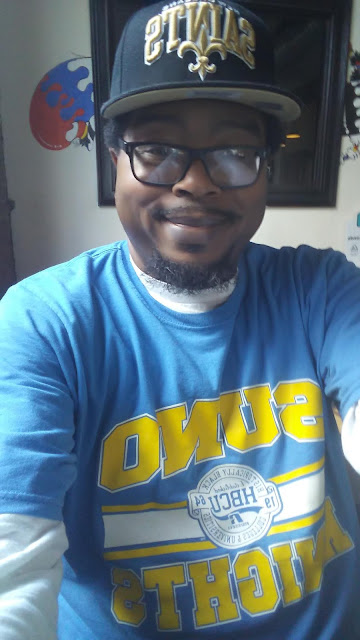