Due to being caught making exceptionally racist remarks on his social media accounts, SAN BERNARDINO COUNTY Deputy District Attorney MICHAEL SELYEM has been suspended from his elected office!!!

BLACK SPORTS ONLINE  reports Monday, July 9, during an ABC 7 NEWS: LOS ANGELES live-streamed news conference, SAN BERNARDINO COUNTY District Attorney MIKE RAMOS announced to the media that MICHAEL SELYEM has been placed on administrative leave pending the outcome of an investigation initiated after the discovery of his hateful postings.

But he also made derogatory statements about Michelle Obama, posting a doctored photo of the former first lady holding up a sign that reads, “Trump grabbed my penis,” and made racist statements about Latinx people and immigrants.


“I am all for white males immigrating here legally and starting a business. It is the terrorist a-holes sneaking in here wanting to kill me an (sic) my family that I am opposed to."


Selyem also once posted a photo of a man in a giant sombrero with the caption, “Mexican word of the day: Hide.”


Since 2006, Michael Selyem has been lead attorney for the SAN BERNARDINO HARDCORE GANG UNIT. As lead prosecutor for the unit, he oversaw the response to an increase in gang-related activity in San Bernardino, CA. 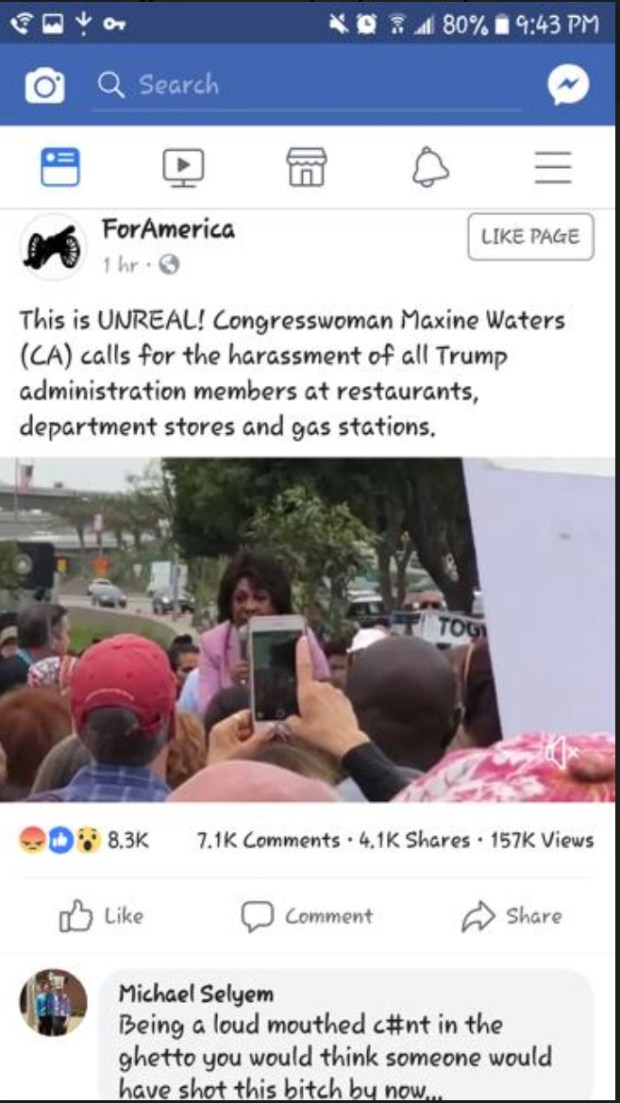 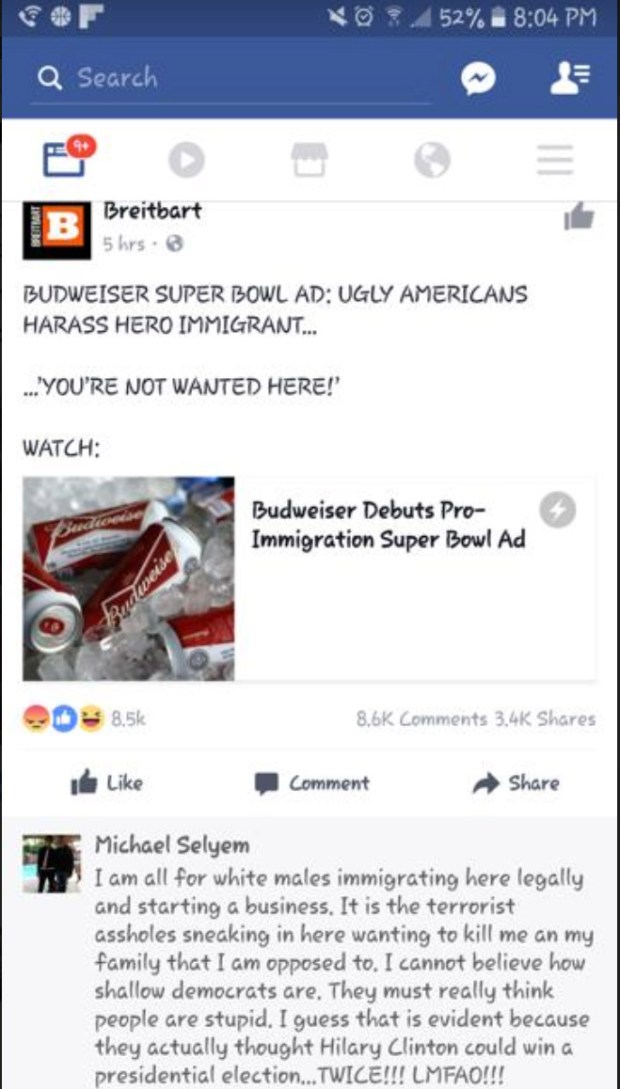 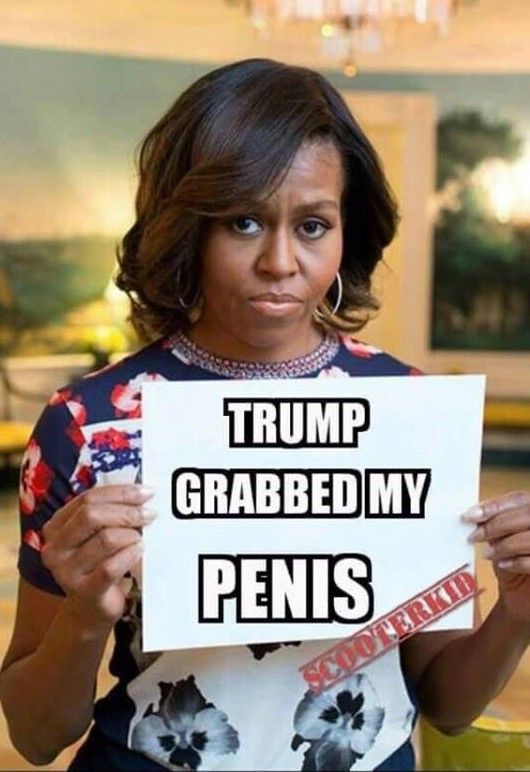 #LIVE: "Deputy District Attorney Michael Selyem will be on administrative leave pending the conclusion of the formal investigation which could result in disciplinary action leading up to termination" https://t.co/9lpm5fVzJc pic.twitter.com/OjEoeymoyp
— ABC7 Eyewitness News (@ABC7) July 9, 2018