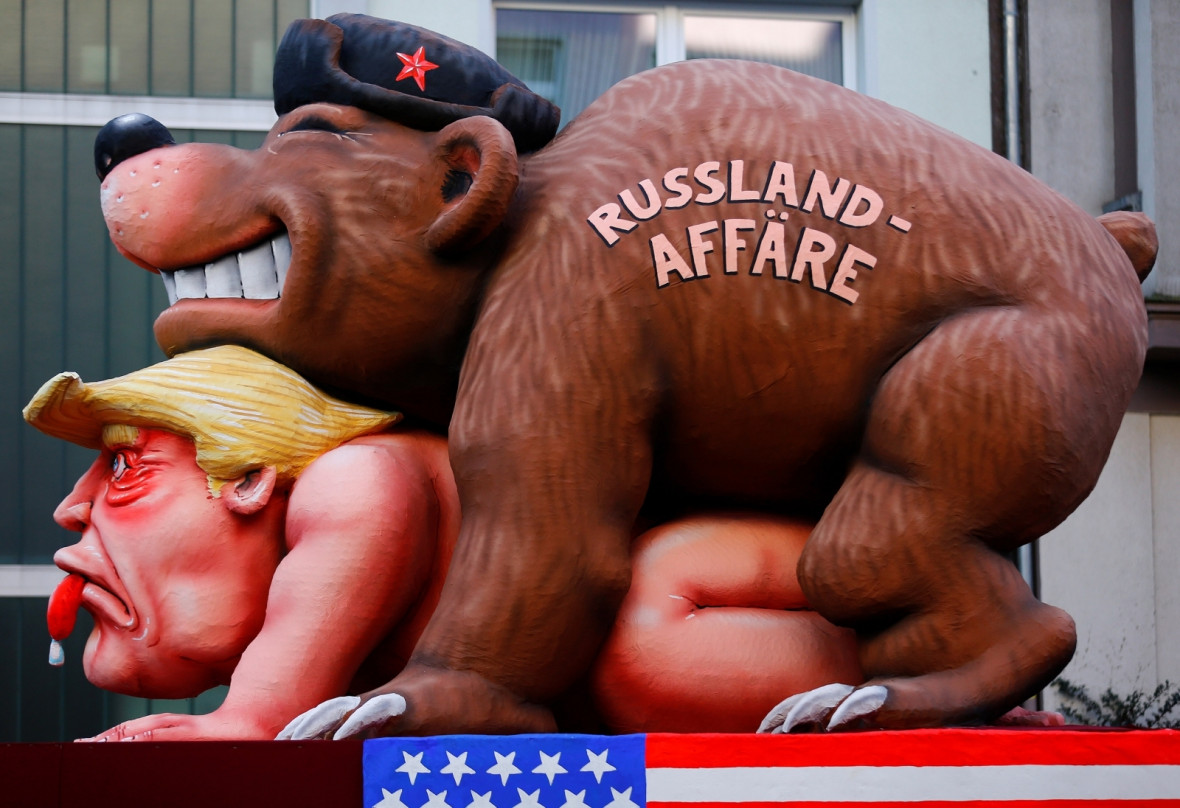 Each year just before the beginning of the Lenten Season, the city of Dusseldorf, Germany has a show of Rosemontag (Rose Monday) celebrations that includes a parade featuring politically satirical parade floats!!!

ROSEMONTAG 2018 featured this one particular float of a naked President DONALD TRUMP being aggressively mounted by the RUSSIAN BEAR. On the sides of the bear was the message RUSSLAND - AFFARE (RUSSIA AFFAIR/ RUSSIA SCANDAL).

INTERNATIONAL BUSINESS TIMES reports there also was a float of  GERMAN Chancellor ANGELA MERKEL as a Black Widow Spider with the message NEXT, PLEASE, as was an enactment of BRITISH Prime Minister THERESA MAY giving birth to an extremely deformed baby with the message BREXIT.

ROSE MONDAY 2018  also had TRUMP on a float with NORTH KOREAN President KIM JUNG-Un. Both leaders were in diapers, and, appeared to be having some type of Measuring Contest  It seems they are attempting  to discern who has the largest appendage protruding from their diapers. 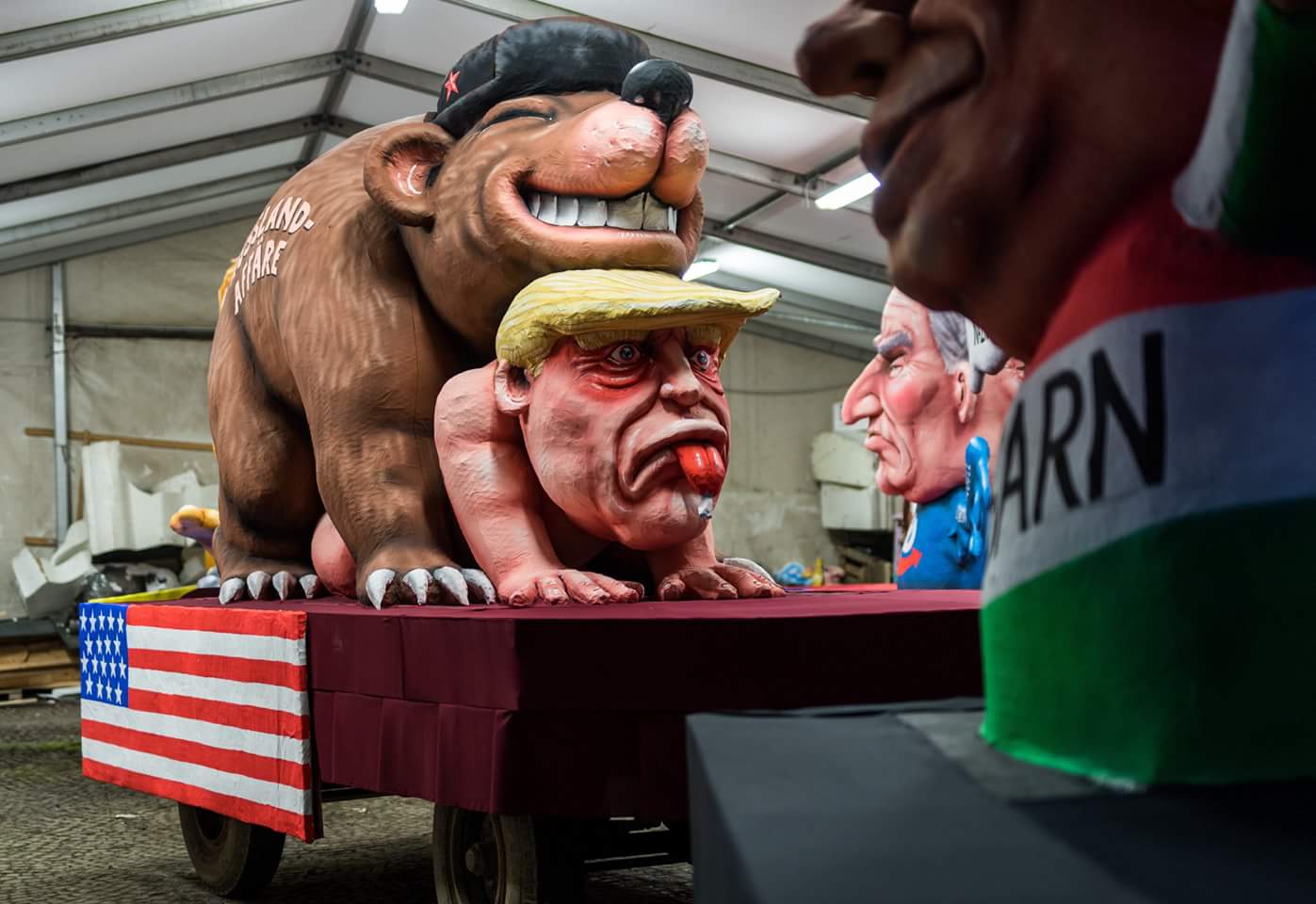 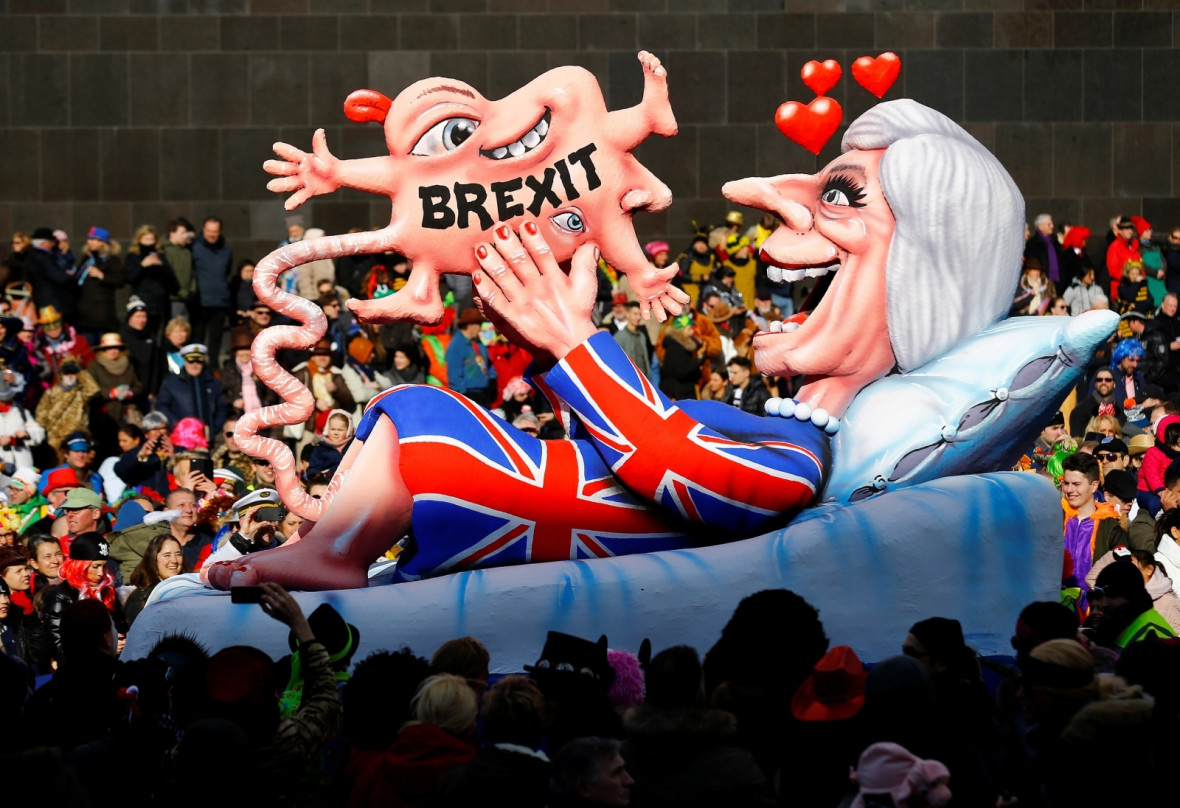 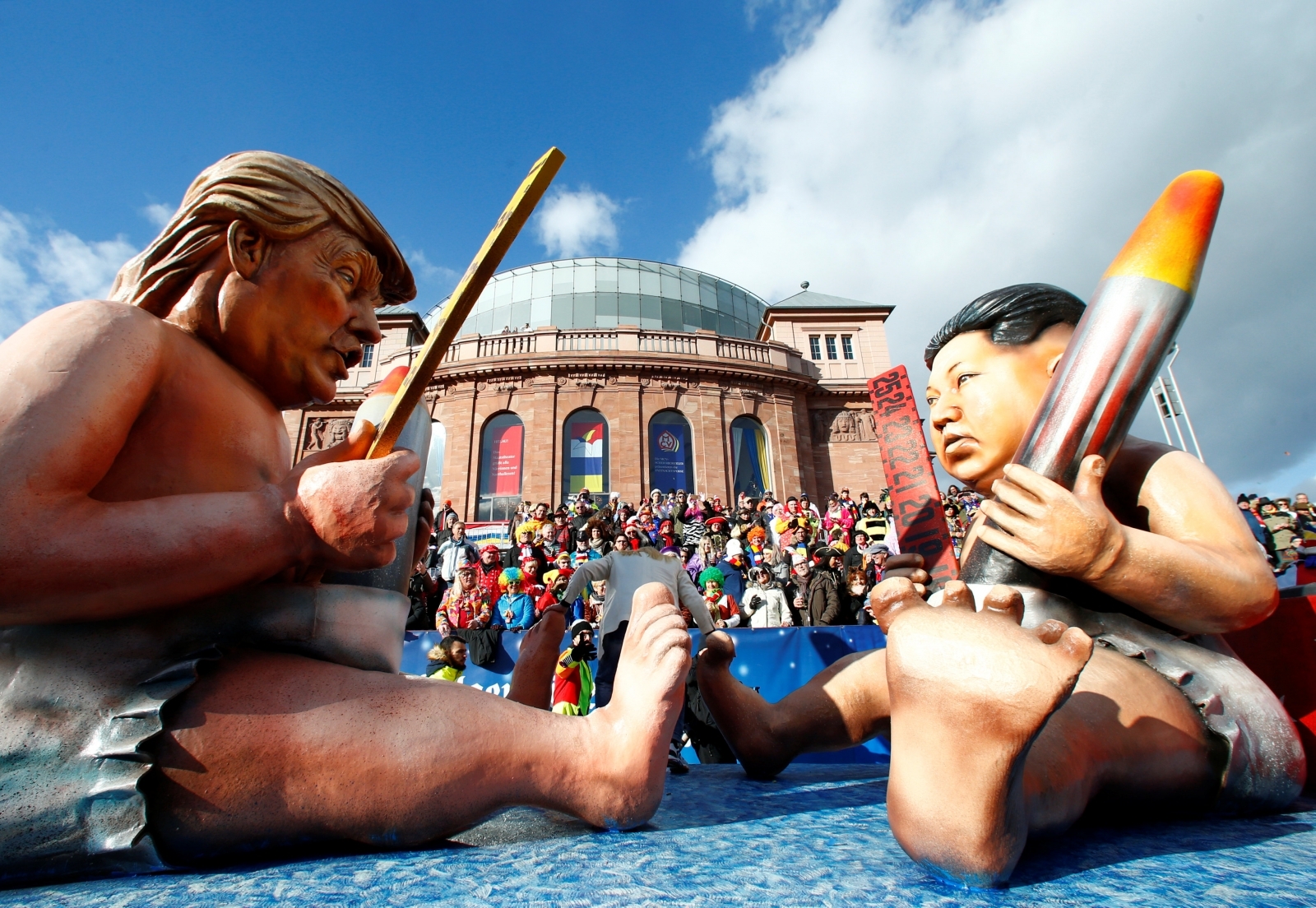 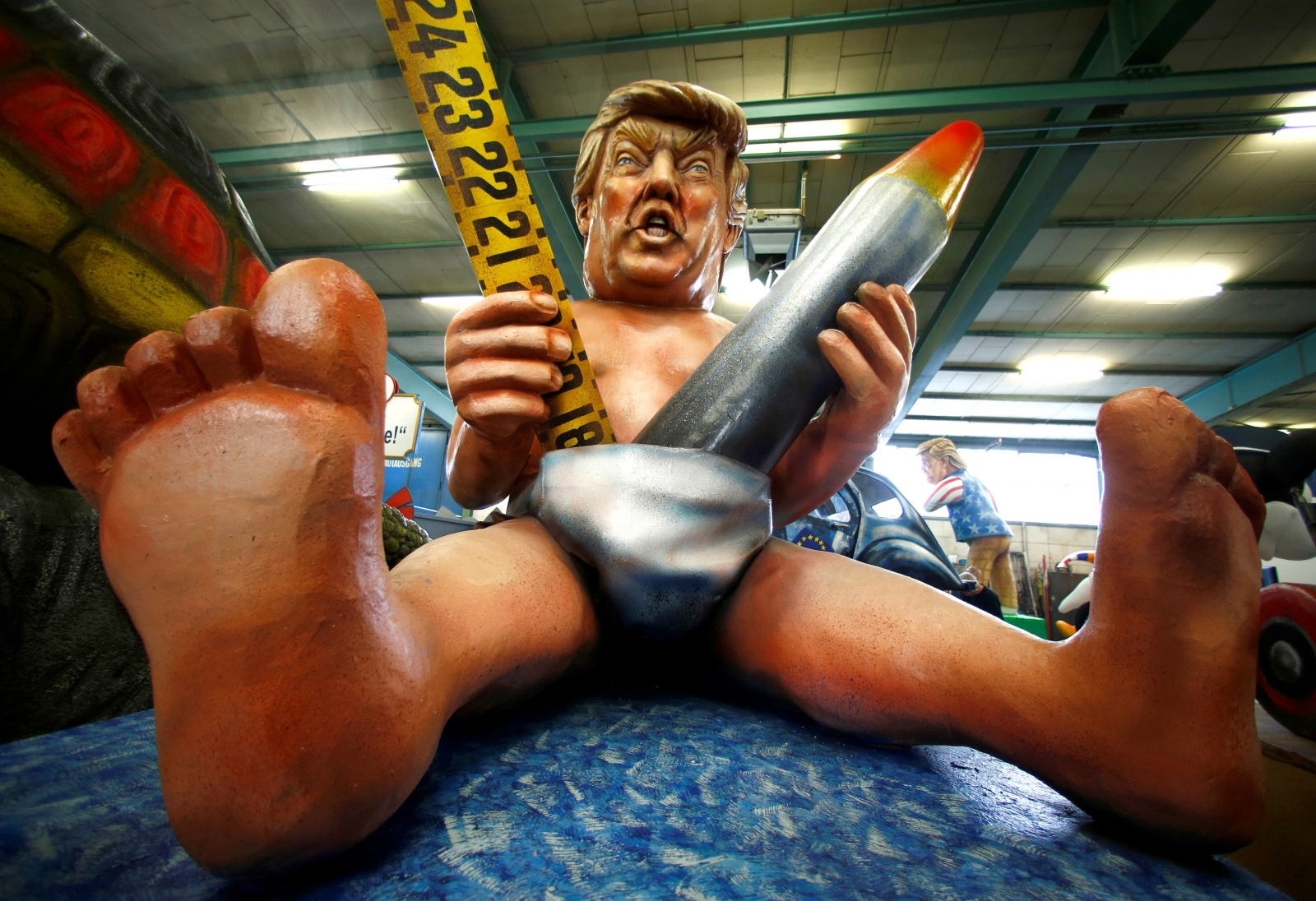