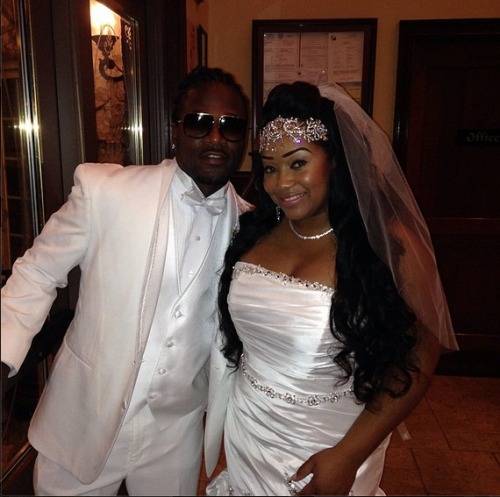 While recently returning from a family trip to LOS ANGELES, Free Agent NFL Cornerback ADAM PACMAN JONES was walking through HARTSFIELD-JACKSON ATLANTA INTERNATIONAL AIRPORT when he was assaulted by Atlanta airport employee!!!!!!

TMZ SPORTS  reports ABM Employee FRANK RAGIN made a rude statement and gesture towards PACMAN which had the NFL Baller to confront hm.

RAGIN then goes after Paman and initiates the FISTFIGHT.


Jones tries to take off his backpack, but instead throws a haymaker at Ragin. The two exchange shots until Pacman lands the knockdown blow with an overhand right, sending Ragin to the floor.
After Jones landed a few more shots, the fight was broken up.
Cops responded and arrested Ragin -- claiming he was the instigator and Jones was simply defending himself.

"Mr. Jones then started to defend himself, causing Mr. Ragin to fall to the ground."


Pacman's female companion would have been his wife TISHANA HOLMES who had just recently celebrated her birthday,

Ragin was sent to a nearby hospital where he was treated for his injuries.

However; because he was determined to be the aggressor, he was arrested and charged with two counts of BATTERY.