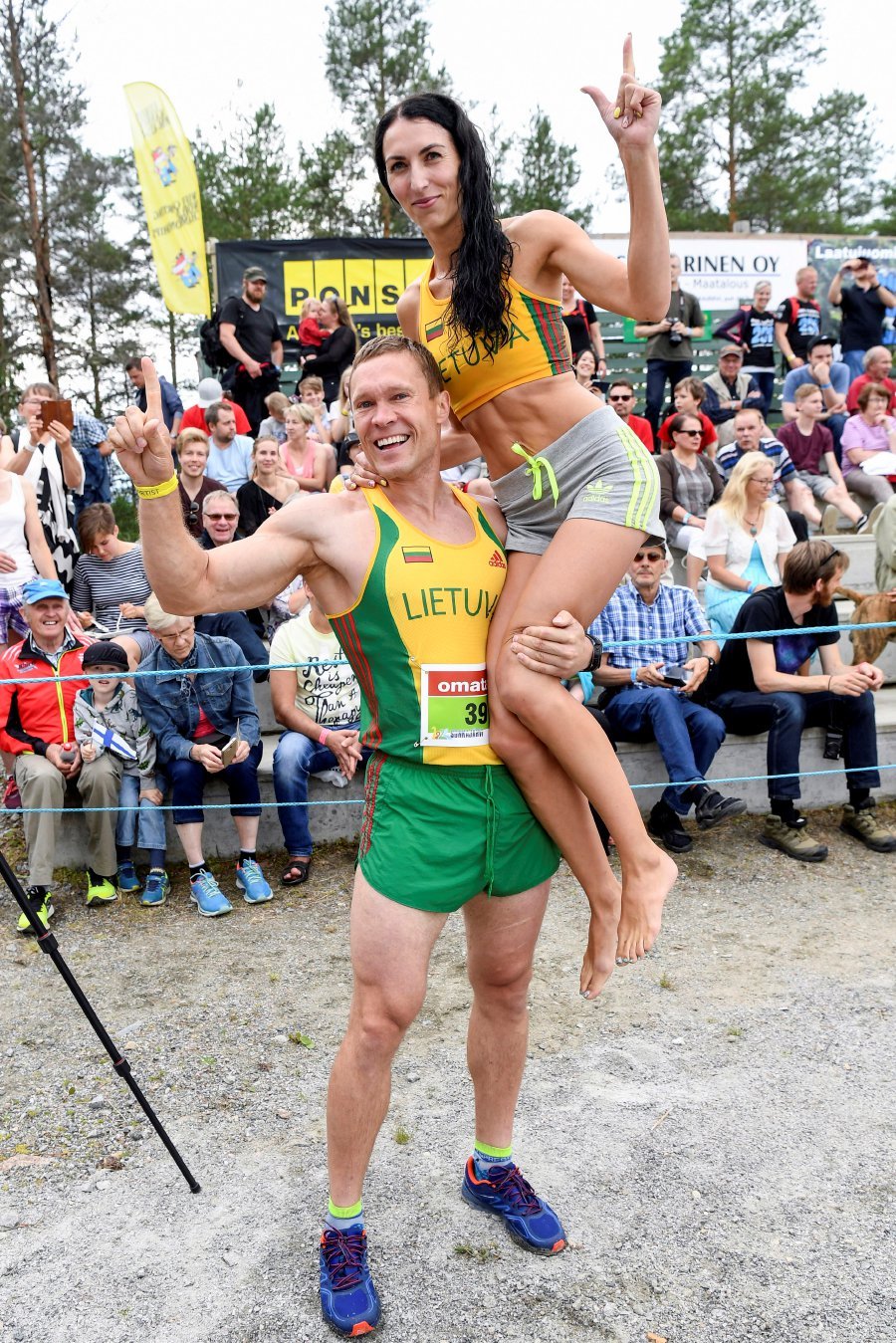 The annual championship involves the men carrying their wives over their shoulders, and then running, wading through a slippery pool, and overcoming an obstacle course.

After the race, VYTAUTAS said;

There are qualifying competitions in other countries including the UNITED STATES, UNITED KINGDOM, SWEDEN, and ESTONIA.


"I think because we only have three months of light we need to come up with nice stuff to do during the summertime, and we want to show everyone we have a great sense of humor."

The idea of wife-carrying as a sport was inspired by the 19th century legend of Ronkainen the Robber, who tested aspiring members of his gang by forcing them to carry sacks of grain or live pigs over a similar course.
The championship is also said to stem from an even earlier practice of wife-stealing – leading many present-day contestants to compete with someone else’s wife.
Finland, which straddles the Arctic Circle and goes through long, dark winters, is no stranger to strange sports. It has also given the world the world boot throwing, air guitar and mobile phone throwing competitions, to name just a few.