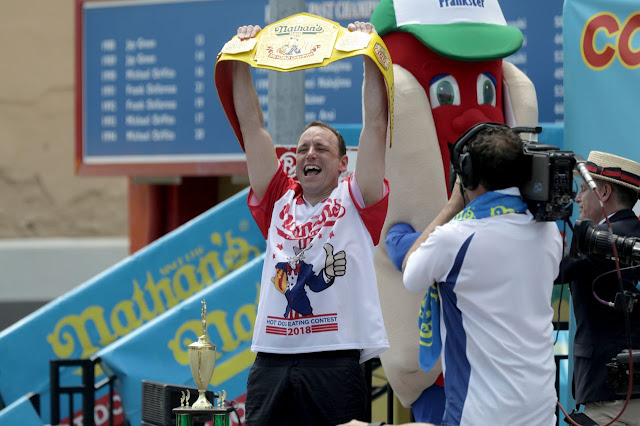 Joey Chestnut and Miki Sudo each won $10,000 for their first-place finishes at the 102nd NATHAN'S FAMOUS HOT DOG EATING CONTEST at CONEY ISLAND in BROOKLYN, NYC, and; are the top male and female competitors as ranked by MAJOR LEAGUE EATING (MLE).