TRUTH Be TOLD; becoming a professional criminal is NOT the wisest career choice!!!


Some of the wealthiest criminals in history met unfortunate ends–winding up on the run, in prison or in the morgue.
Still, a bleak fate didn’t didn’t deter the super-wealthy criminals on our list, no matter what their crimes–embezzlement, drug-running, Ponzi schemes, prostitution or even murder. The allure of financial gain proved too hard too hard to ignore.
Many of the criminals in our slideshow made their bank trafficking drugs, including Puerto Rican cocaine lord José Figueroa Agosto, Medellín Cartel head Carlos Lehder and the infamous Pablo Escobar. They oversaw massive empires that made them rich and allowed them to indulge their every whim. At one point, it’s rumored that Escobar offered to pay off Colombia’s $10 billion national debt to avoid extradition to the United States. (The government refused his offer. )
Others, like mobsters Al Capone, Anthony Salerno and Semion Mogilevich, focused their illicit activities on gambling and extortion.
And some were strictly white collar: Kenneth Lay, Bernard Madoff and Allen Stafford all committed fraud on a massive scale, through embezzlement, pyramid schemes and defrauding stockholders.
Of course the net worth of a criminal is highly subjective, since lawbreakers aren’t known for being scrupulous bookkeepers: It’s estimated that Griselda Blanco, the Colombian “Godmother of Cocaine,” was worth $2 billion at her peak. But she went to great lengths to hide her profits before being gunned down outside a Medellin butcher shop in 2012.
Our ranking are based on previously reported information about the net worth of these ne'er-do-wells’ at the height of their criminal enterprises.

TAKE NOTE: There were many TIES.
The really great folks have made us an offer that we could NOT refuse, here are the CCG Dirty Dozen from the 25 WEALTHIEST CRIMINALS In MODERN HISTORY:

Crime: Fraud, money laundering.
Madoff is the mastermind behind the largest Ponzi scheme in history, defrauding thousands of clients—including celebs like Steven Spielberg, Larry King and Kevin Bacon—of an estimated $64 billion. He was arrested in 2008 and, after pleading guilty, sentenced to 150 years in prison, the maximum allowed by law.

Crime: Drug trafficking
During the 1980s, Ross launched a drug empire in Los Angeles. He became so successful that at the height of his criminal behavior, his empire stretched to cities across the U.S. In 1996, Ross was arrested for cocaine possession and sentenced to life in prison.
After his conviction, a series of articles in the San Jose Mercury News revealed a connection between Ross’s cocaine source, Danilo Blandón, and the CIA during the 1980s Iran-Contra scandal, where senior members of President Ronald Reagan’s administration secretly sold arms to Iran. The accusation was that money intended for humanitarian assistance from the U.S. went to Nicaraguan Contras, a rebel group, to facilitate the arms sale, but ultimately led Nicaragua’s illegal drug trade. It’s estimated that Ross received his supply directly from these Reagan funded Nicaraguan drug traffickers.

Crime: Murder, drug trafficking, money laundering.
This Mexican drug lord spent years on the run while still overseeing one of the largest illegal drug operations in the world.
Even though investigators considered him a danger, people in his hometown of Sinaloa thought of him as a Robin Hood type. They believe Guzmán secretly funded projects, and credit his gangs with keeping the peace in the community, although federal investigators see this as merely propaganda from Guzmán’s operation.
El Chapo escaped from prison in Mexico twice before being extradited to the U.S. in 2016. 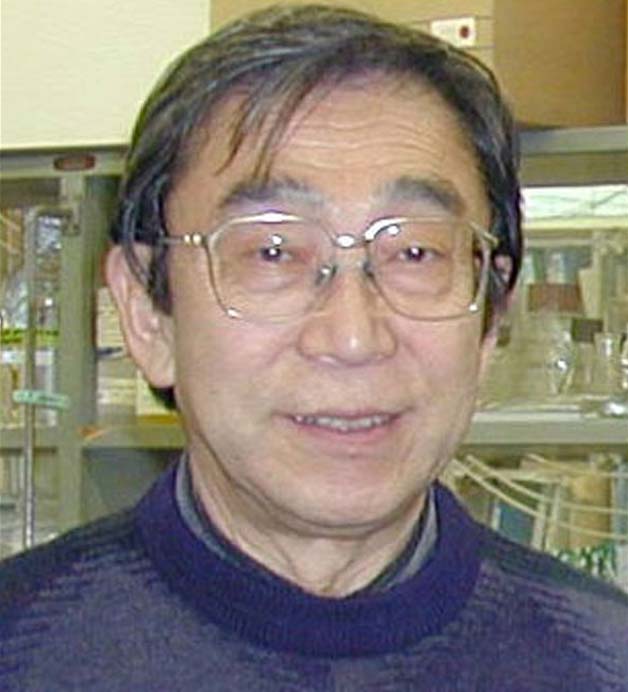 Crime: Illegal gambling.
In the early 1980s this Japanese mob boss led the infamous Inagawa-kai gang and led the yakuza away from extortion and violence and into real estate, banking and other more “legitimate” businesses.
Known as “The Gangster with the Golden Touch,” Ishii amassed more than $4 billion, which he invested in projects around the world. (He even hired Prescott Bush, George H. W. Bush's brother, as an advisor.) By end of the decade, as the Japanese economic bubble burst, his power (and his health) declined rapidly. After his death in 1991, more than 6,000 people attended his funeral at Tokyo’s Ikegami Honmonji temple.

Crime: Drug trafficking, murder.
Nicknamed the “Cocaine Godmother,” Blanco was a major player in the Miami cocaine trade from the 1950s until the early 2000s. Arrested in 1985, she was sentenced to more than a decade in prison, but continued to run her operation from behind bars. (While in prison she was convicted of three murders from before her arrest, extending her sentence.)
Blanco was released from prison in 2004 and deported back to Colombia, where she was shot down outside a butcher shop in 2012 by an unknown assailant. Catherine Zeta Jones played Blanco in the 2018 Lifetime TV movie Cocaine Godmother.

Crime: Fraud.
As chairman of Stanford Financial Group, this Texas businessman was accused of masterminding an $8 billion Ponzi scheme that stretched from Texas to the Caribbean (he was a dual citizen of the U.S. and Antigua) and beyond.
He was convicted of fraud in 2012 and is currently serving a 110-year prison sentence.

The “Queen of Mean” was a businesswoman whose investigation into a charge of non-payments to contractors led to her conviction of tax evasion.
She was sentenced to 16 years in prison but was released after just 19 months. Helmsley died in 2007, leaving $12 million to her dog, Trouble. 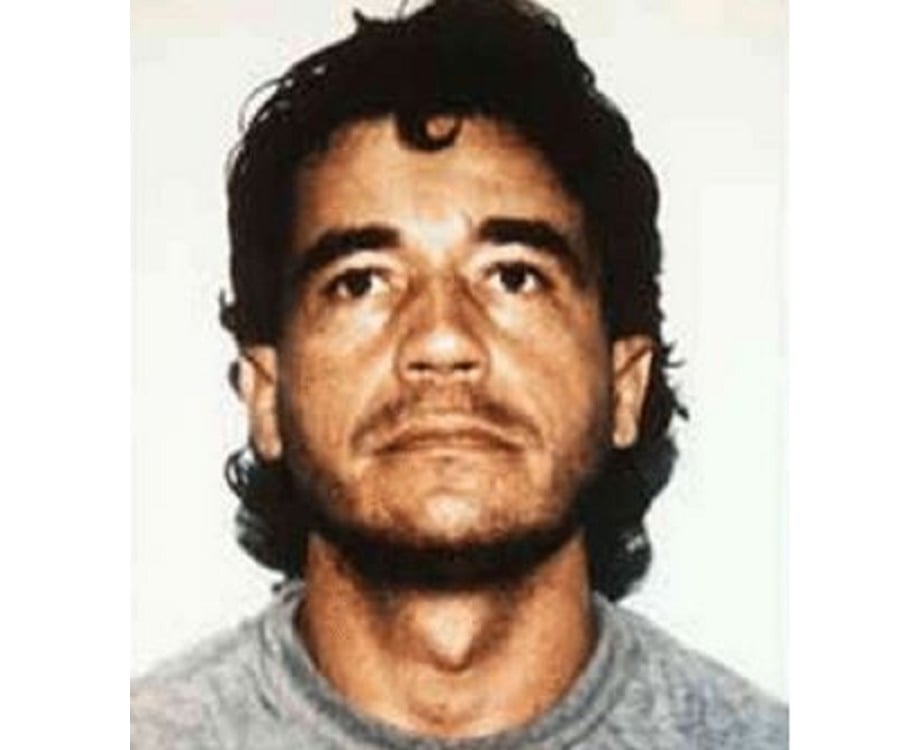 Crime: Drug trafficking.
The co-founder of the Medellín drug cartel, Lehder began his criminal career as a car thief and actually shared a cell with George Jung, who also appears on this list. Ledher eventually started a massive cocaine empire based out of Norman’s Cay, his private island in the Bahamas. (It’s estimated more than 650lbs of cocaine arrived on the island daily.)
By the late ‘70s, Lehder's personal net worth soared into the billions— he even offered to pay Colombia’s foreign debt if authorities left his operation alone. He was extradited to the States in 1987 and is currently serving a 135-year prison sentence. 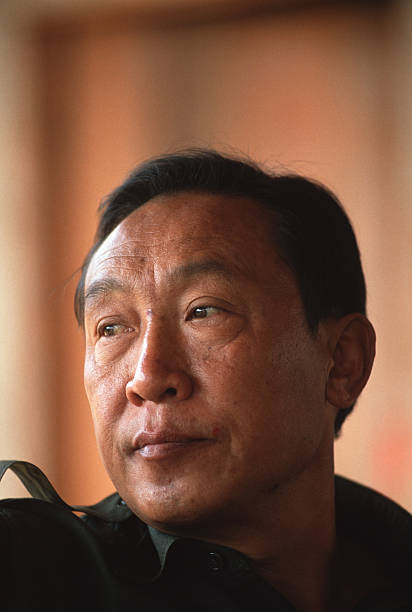 Crime: Drug trafficking.
Dubbed the “Opium King,” Khun Sa was born Zhang Qifu in Myanmar, then known as Burma. Starting in the 1960s, he became one of the most notorious heroin traffickers in the Golden Triangle, earning him the nickname “the Opium King.” At his peak, Khun Sa (literally "Prince Prosperous”) commanded an army of 20,000 men that was better armed than the Burmese military.
In 1988, Khun Sa offered to sell his entire heroin crop to the Australian government, which would have ended nearly half the world’s heroin trade, for about $37 million. (They declined.)
Khun Sa never faced drug charges in in his homeland but was convicted in absentia by a U.S. federal grand jury on drug trafficking charges in 1990. Crime: Weapons smuggling, terrorism.
After the fall of the Soviet Union Bout, a former military translator, smuggled weapons to Africa and the Middle East—where his clients purportedly included the Talian.
In 2008, the so-called “Merchant of Death” was extradited to the United States and charged with selling arms to revolutionaries in Colombia for use against American forces. In 2011 he was sentenced to 25 years in federal prison. 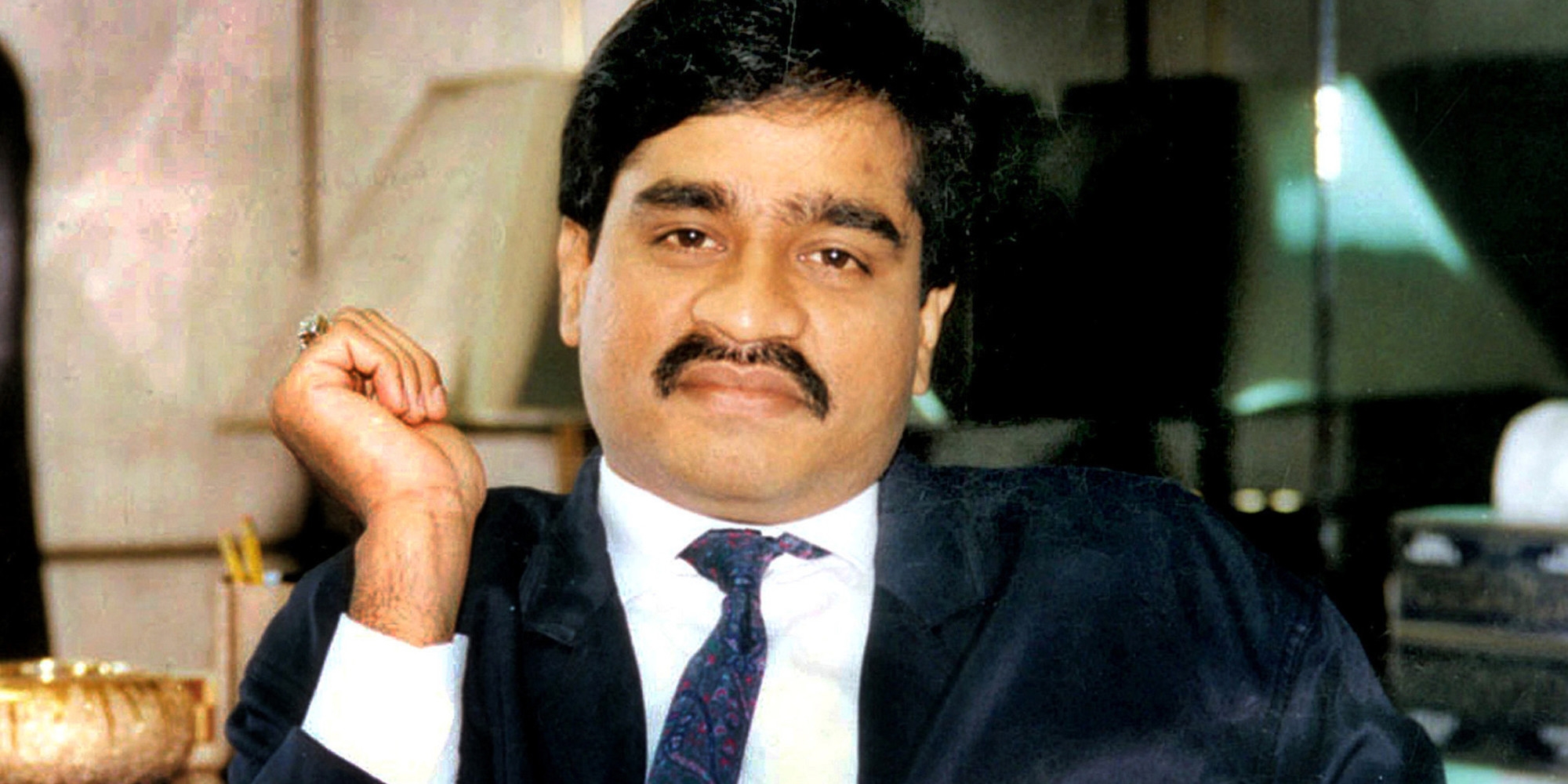 Crime: Drug trafficking, murder, terrorism.
The son of a police officer, Ibrahim has been the head of the D-Company crime syndicate since the 1970s. He’s accused of drug trafficking and terrorism, and was allegedly involved in the 1993 Bombay bombings (photographed) that killed 257 people. He’s also been linked to real estate operations, gambling and the Bollywood film industry.
DAWOOD IBRAHIM is still at large.

SEMION MOGILEVICH is still at large and is believed to be living in RUSSIA. 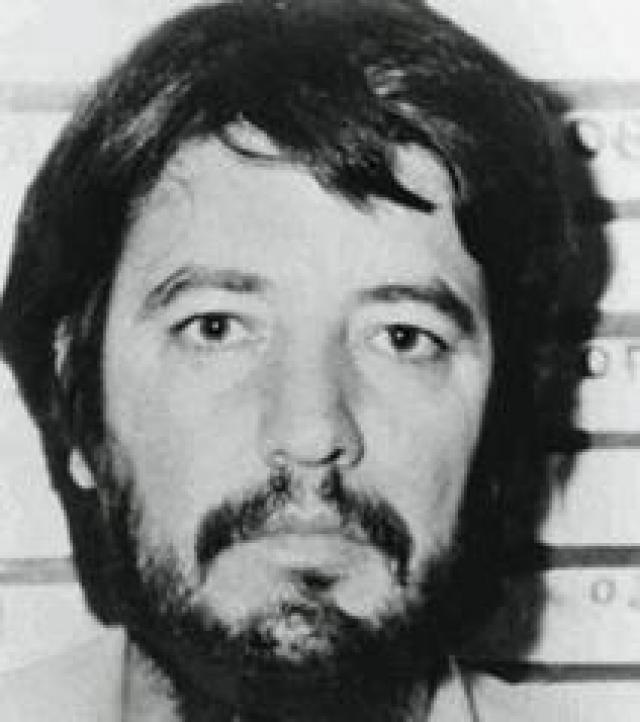 Crime: Drug trafficking, weapon charges and murder.
Fuentes (far left) seized control of Mexico’s Juárez drug cartel in 1993. He transported his drugs via a vast fleet of jets and laundered money through Colombia. (Over the course of his career it’s estimated Fuentes generated more than $25 billion in profits.)
Authorities in both the U.S. and Mexico were looking for Fuentes when he suddenly died in 1997 after eight hours of extensive plastic surgery to alter his appearance. 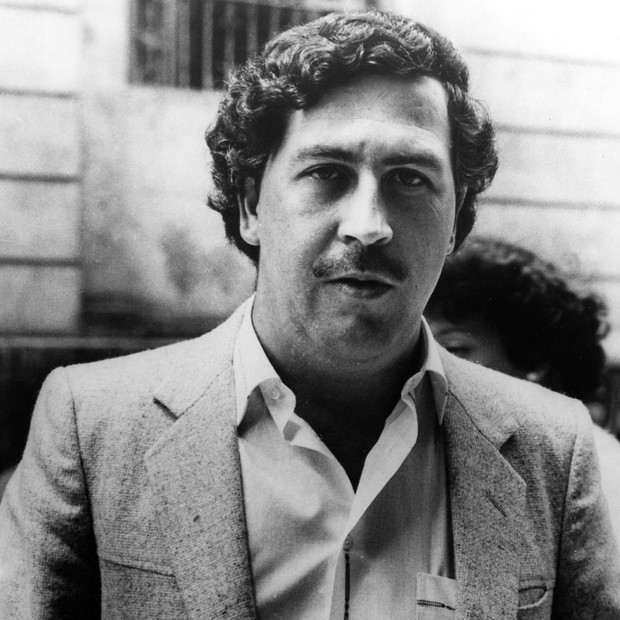 Crime: Drug trafficking, kidnapping, bribery, murder, terrorism.
Born in Rionegro, Colombia, in 1949, Pablo Escobar is considered the most successful criminal in modern history: The “King of Coke” developed ingenious ways of smuggling drugs into the U.S., including soaking jeans in liquid cocaine and then shipping them through customs. It’s estimated that under his control, the Medellín Cartel was responsible for 80 percent of the cocaine smuggled into the United States, bringing in more than US $70 million per day. (The cartel reportedly spent more than $1,000 a week on rubber bands to wrap the stacks of cash.)
Escobar ruled through fear and massacred thousands, but before the height of his power he actually served in Colombia’s House of Representatives and remains a popular pop culture icon even today. He died in a shootout with authorities in 1993, though relatives and supporters insist he committed suicide rather than face capture

NEXT 5 WEALTHIEST CRIMINALS In MODERN HISTORY: 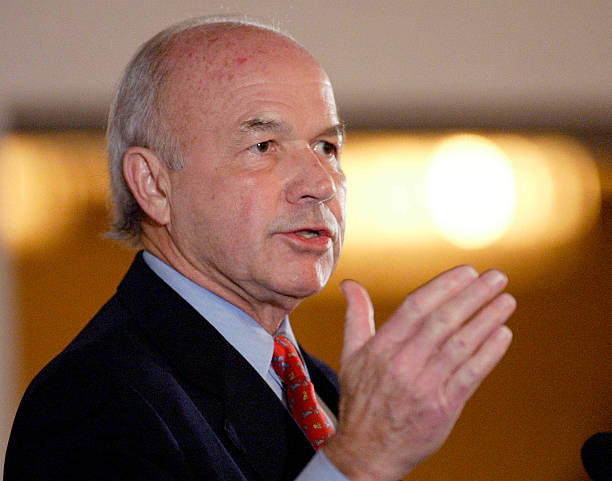 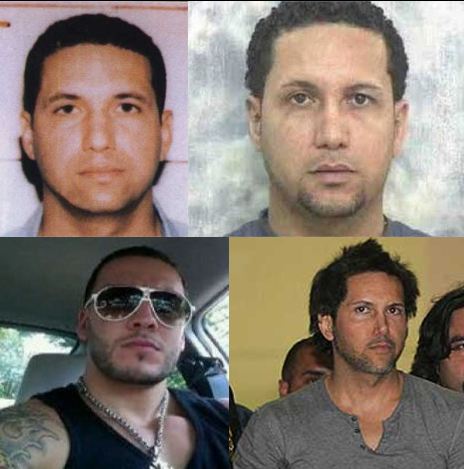 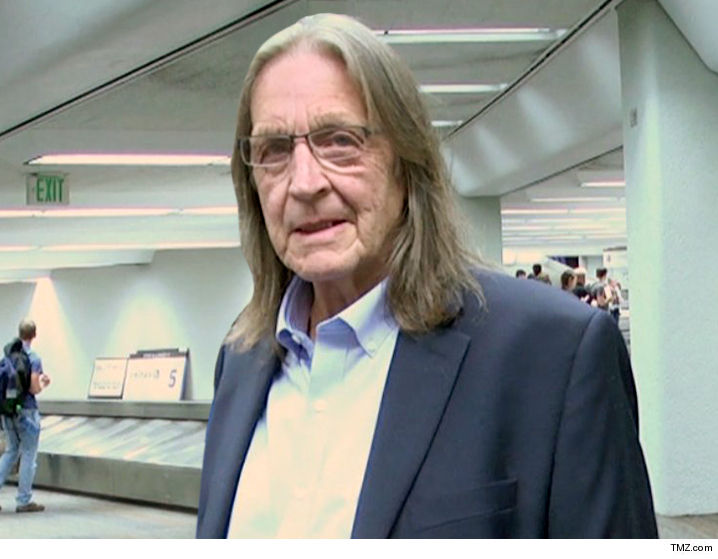 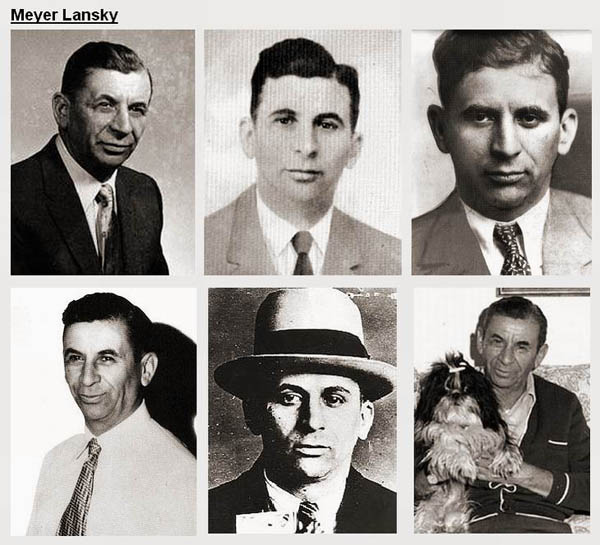 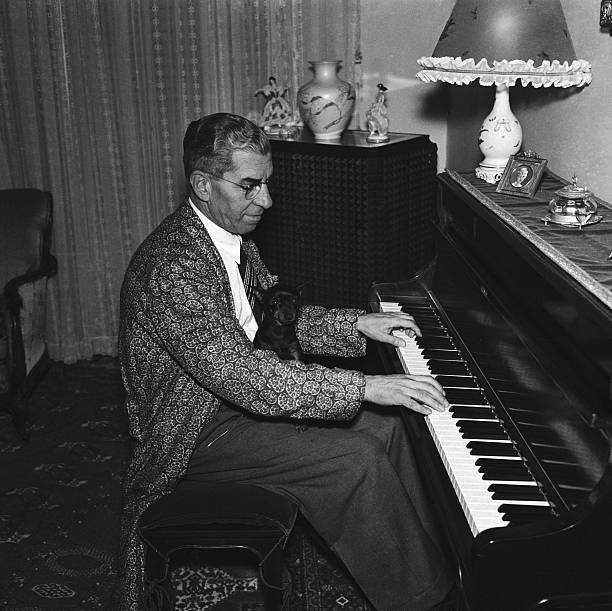