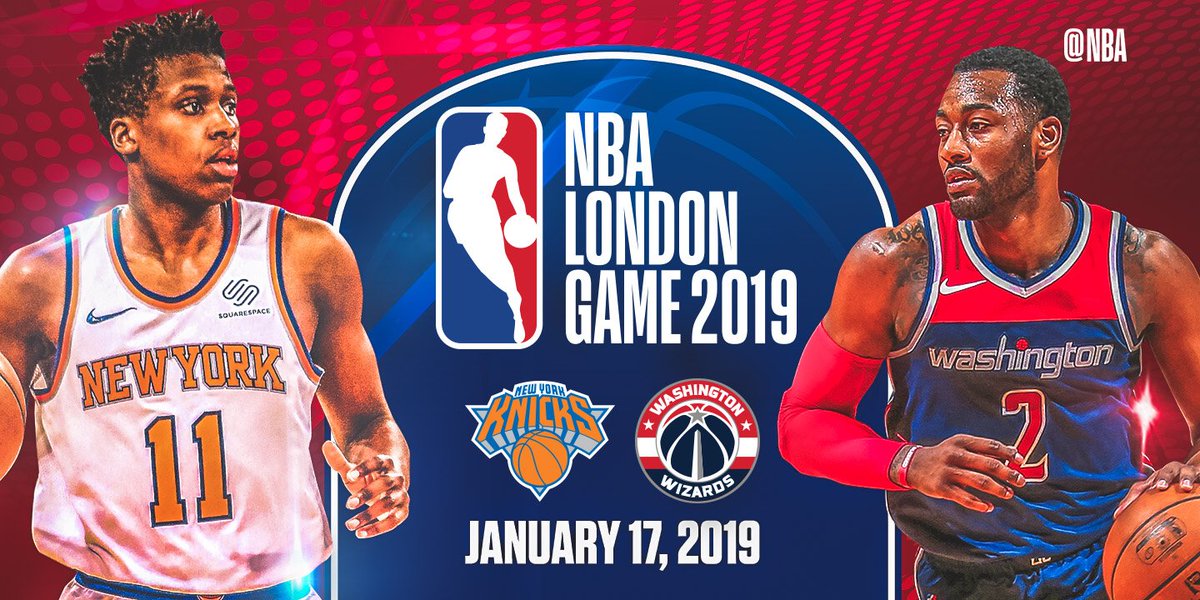 NBA  reports tickets for the game will go on sale in the autumn.  Fans can register their interest in tickets and gain access to presale information and more by visiting www.NBA.com/London.


The Wizards’ roster currently features All-Star guards Bradley Beal and John Wall, who last season led the Wizards in points and assists, respectively, as well as Polish center Marcin Gortat.  The Knicks’ roster currently features Latvian forward Kristaps Porzingis, French point guard Frank Ntilikina, guard Tim Hardaway Jr. and newly appointed head coach David Fizdale.
The game will be broadcast by the NBA’s broadcast partners across Europe, the Middle East and Africa and on NBA League Pass International.
The NBA London Game 2019 will mark the league’s ninth regular-season game in London and the Knicks’ third game in the capital, having played regular-season games against the Detroit Pistons in 2013 and the Milwaukee Bucks in 2015.  The Wizards will be playing their first game in the UK.  All eight previous regular-season NBA games in London sold-out.
In addition to the oncourt action, the NBA London Game 2019 will feature a variety of interactive fan activities, NBA Cares community outreach initiatives and Jr. NBA basketball programming that will bring the NBA experience to fans in London.
The NBA London Game 2019 will be supported by a full roster of marketing partners, including Foot Locker, Gatorade, Nike, SAP and Tissot with additional partners to be announced in the coming months.
Fans in the UK can find more NBA information at NBA.com/UK, and on Facebook (NBA UK) and Twitter (@NBAUK).  Fans can also purchase all the latest Knicks and Wizards merchandise at NBAStore.eu and at The O2 on game night.
-CCG