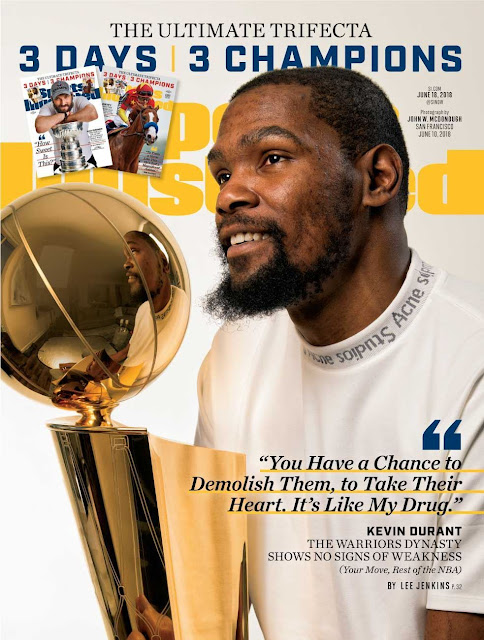 In 2018, the fourth consecutive year that the CLEVELAND CAVALIERS and GOLDEN STATE WARRIORS have met in the NBA FINALS, the Warriors swept the Cavaliers in four games to win the 2028 NBA WORLD CHAMPIONSHIP!!!

In this historic fourth consecutive meeting between these two NBA titans, this was the DUBS third consecutive title victory over the CAVS, and; as he was in 2017, WARRIORS Forward #35 KEVIN DURANT was named 2018 NBA FINALS MVP.

For these reasons and so many more, Warriors 20128 NBA FINALS MVP Kevin Durant covers a new issue of SPORTS ILLUSTRATED Magazine.