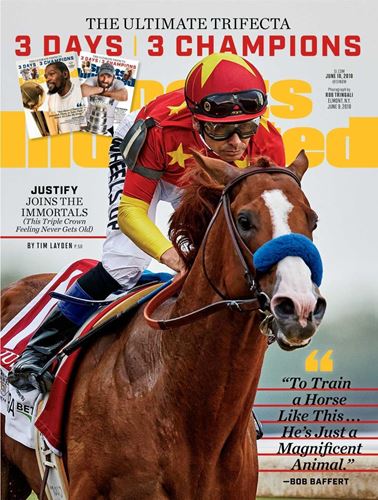 The BELMONT STAKES is the third and final crown jewel in the TRIPLE CROWN. The other two are the KENTUCKY DERBY and the PREAKNESS STAKES, which won on Saturday, May 5, and Saturday, May 19.

Justify becomes only the 13th horse in AMERICAN HORSE RACING HISTORY to win the Triple Crown. The most recent was AMERICAN PHARAOH in 2015.

For winning the Triple Crown and so many other reasons, Justify is the cover story for SPORTS ILLUSTRATED Magazine.

Getting lots of rest before parading for the fans today! #TripleCrownSnooze
A post shared by Justify (@justifyofficial) on Jun 23, 2018 at 8:53am PDT