The 2018 NBA FINALS between the CLEVELAND CAVALIERS and GOLDEN STATE WARRIORS began Thursday, May 31, with Games #1 and 2 being played on the West Coast at the famed ORACLE ARENA in OAKLAND!!!

Game 1 ended with a regulation time score of 107 - 107, sending the game into overtime.

Unless you have completely been under a rock and NOT following this series; you HAVE seen the final play of the game with CAVS Shooting Guard #5 JR SMITH muffling the final possession, causing the Cavaliers to miss a final opportunity to win the game.

The FINALS now shifts the series to QUICKENS LOANS ARENA in CLEVELAND. 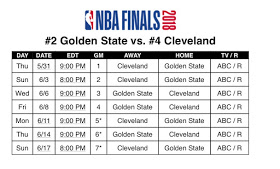 #2018NBAFinals: #GoldenStateWarriors defeated #ClevelandCavaliers at Games 1 and 2 in #Oakland. Series now swings to #Cleveland for Games 3 and 4. Do the #Cavaliers still have a shot to take the #2018NBAWorldChampionship from the #Warriors? Or; will #DubNation repeat as #NBAWorldChampions over #TheLand? WHO YOU GOT, Baby?!?!? #CrazyCoolGroovy #CCG #CCGalatoire #LaissezLesBonsTempsRouler #ImSoNEWORLEANS #WHOYOUGOT
A post shared by Craig Charles Garrison (@ccgalatoire) on Jun 6, 2018 at 7:56am PDT