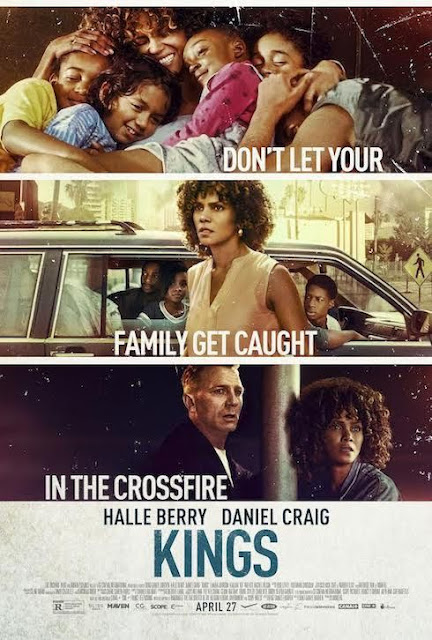 Academy Award winner HALLE BERRY is MILLIE DUNBAR, who oversees eight foster children at her South Central Los Angeles apartment, while DANIEL CRAIG is OBIE, who just happens to be one of the very few White  neighborhood residents in KINGS!!!


KINGS is set in 1992 during the weeks surrounding the 1992 LOS ANGELES RIOTS which erupted following the acquittal of four White LOS ANGELES POLICE OFFICERS on various assault charges for the beating of late Los Angeles resident RODNEY KNIG.


KINGS is now showing in wide-release.

Will YOU be going to see KINGS???

All the young actors in this film are amazing. So proud of my kings! @lamarjohnson @whokr @rachelonasunnyday @issacryanbrown @reececody @therealcallanfarris
A post shared by Halle Berry (@halleberry) on Apr 28, 2018 at 2:19pm PDT