Let’s go back to the very beginning, when your first two records -- 1982’s Janet Jackson and 1984’s Dream Street -- were released.
Excitement was in the air. Music was always my heart, and now I was getting to sing my heart out. The songs were good, but they weren’t me. [She only began co-writing most of her songs on Control.] That was a little confusing. I knew I had something to say, I knew I had to assert myself. I also knew I had to go through the painful process of what my brothers had gone through. I had to thank my father for his help and then move on. I had to assert myself.

The general notion is that as Marvin Gaye went from What’s Going On to Let’s Get It On, you went from Rhythm Nation to 1993’s janet.
janet. had a deeply sensual edge because that’s what I was going through in my life. I was discovering freedom in physical pleasure and loved writing about sexuality. I tried to do it subtly and tastefully, but I also wanted to push the boundaries a bit.

Tell me about singing with Luther Vandross. Your duet, “The Best Things in Life Are Free,” was included in your retrospective album Design of a Decade: 1986-1996.
Total treat. Luther’s place in the pantheon of soul crooners is secure. You have to go back to Sam Cooke to find a singer with Luther’s sensitivity and finesse. I adore his voice. Such flexibility. Perfect pitch. Perfect enunciation. A singer’s singer. I was also glad to do a dance song, and Luther was gracious enough to adapt to my rhythmic style. Because of his genius, it came off perfectly. Trends will come and go, but Luther’s artistry will endure forever.

You were recording at Rodney Jerkins’ studio in L.A. -- a year after your brother had passed [in 2009] -- and you happened to glance at a magazine with a picture of Michael and said, “I still can’t believe it.”
That brings up a precious memory. It happened in the early ’80s. I was 16 and in between my first two records. Michael was recording [1982’s] Thriller. He invited me to the studio where he was about to sing “P.Y.T.” and asked me to help out on background vocals. Since we had been singing together forever, I knew it’d be easy. I jumped at the chance. I loved being one of the P.Y.T.’s and was especially proud -- I hope this doesn’t sound like bragging -- that when the record was mixed, my single background voice was the one featured. I can’t tell you how good that made me feel

So much of your music over these past four decades has been about putting out positive messages, whether personal or societal. Given today’s state of the nation, are you discouraged?
No. I’m anxious. I’m angry. I’m certainly concerned, but when I hear new artists finding their voices, just as I found mine, I’m optimistic. Young artists are exhibiting more courage than ever. Music is more alive than ever. And more relevant. We women artists -- and women in general -- are saying we will not be controlled, manipulated or abused. We’re determined not to fall back to those days of emotional and even physical enslavement. It’s a blessing to be alive today and join in the fight for equality among all human beings.

You mentioned younger artists. Which ones impress you the most?
Daniel Caesar is proving that romantic R&B is alive and well. Kendrick Lamar and J. Cole are proving that brilliantly original storytelling is one of hip-hop’s great gifts to world culture. SZA is proving that young women still possess extraordinary vocal skills and style.
I also have a special place in my heart for Bruno Mars. Bruno was really the first music my son responded to.
The 2018 BILLBOARD MUSIC AWARDS will be hosted by AMERICAN IDOL - SEASON 1 Winner KELLY CLARKSON, and takes place Sunday, May 20; at the MGM GRAND GARDEN in LAS VEGAS, NV, airing LIVE on NBC. 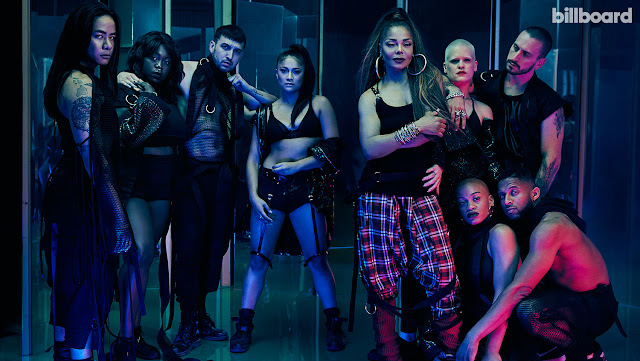