For those of you who are producers, do you feel compelled or empowered to start having those conversations and speaking up about pay on your shows now?
ANGELA BASSETT I'm probably feeling a little bit more empowered to do so, but for so long it's just been about wanting to work. And wanting to be paid fairly, sure, and not having a frame of reference of what someone else is getting or the fear of, if you over-reach you're going to lose the job.
NEWTON And that's used against us all the time.
BASSETT You hear, "We're gonna move on if you say no."
NEWTON But then you say no, and suddenly they say, "Oh, actually would you reconsider?" That's a tactic I've used.
BASSETT Good for you. (Clapping.)
ELISABETH MOSS When you're leading the show and you're the face of the show and a lot of people are making a lot of money off of that face and your work, it does put you in an empowered position. It's not just financial, it's about other ways of having control and a say, which frankly no one is used to. You start asking for something, and they're like, "Oh right, I guess you could have that. No one has ever asked."
FOY I can't imagine being an executive producer on a show and me saying something and them not just going, "But you're just an actor."
When you're considering roles, you're all at a point in your careers where you can afford to be picky. How do you decide what's a yes versus a no?
OH It takes a while to get to a point in your career where you can actually make a choice. And after a decade of my life on a show [Grey's Anatomy], I had enough economic power to be able to say no. Those four years were like active waiting. I was not not working really in here (motions to her gut) to be able to figure out what the right thing is and what it is to say no and what it is to say yes. It's like falling in love. Now, what I realize is I have a little bit more awareness, a little more consciousness, I want this out of a relationship and I'm just going to wait until they show up because I feel like they'll show up.
So that was your big yes. For the rest of you, are there types of roles that you just say, "Mmm, not gonna do that"?
NEWTON Oh my God, yeah. Ninety-five percent [of them].
What's an easy no?
NEWTON Well, for a start, it's how a character is described in a script. For years, I'd be called up and they'd say, "Thandie, they want to go exotic with the role, so get excited." (Laughter.) Or they want to go "ethnic" with the role. And I would just have to brace myself because it was so deeply offensive, but I wanted to work. And then I'd read the script and I'd transform it out of this bizarre objectification. I'd think, like, "How can I help make this more progressive?" I'd spend a lot of time trying to give more dimension to these women's roles. And oftentimes — well, always — they would be written by men, and I'd find myself desperately trying to stop these characters from being demonized, and that happens [because] you don't have enough lines or screen time to actually try and humanize these characters. So, I've found I've had to rise above the initial hurt that I feel that a man has written a role that is objectifying this person, whether it's their ethnicity or [a description like], "She turns up, she's beautiful, she's sexy without giving too much away …"
FOY Oh God, that's an awful description. (Laughter.)
NEWTON Or you turn up at a photo shoot, and it'll say, "The idea behind this shoot is strong, powerful, sexy." And as soon as I read sexy, I'm like, "Really? Do we have to be sexy in order to be powerful?" Let's start looking at the way things are described because they have ramifications. I have daughters. I don't want her thinking you have to be sexy to be powerful.
BASSETT Well, at least you stay in the conversation. If I look at something and I feel that way about it, or offended, then it's like, "Well, it's not for me, but it's for someone else, perhaps."
NEWTON But we have influence and we can help them because very often people have no idea that they've done it. I've heard unbelievable statistics about how many men are writing our roles, and of course they're going to get it wrong. How can they be in our shoes? How can they really understand how we feel? We have to correct that. And we have the opportunity 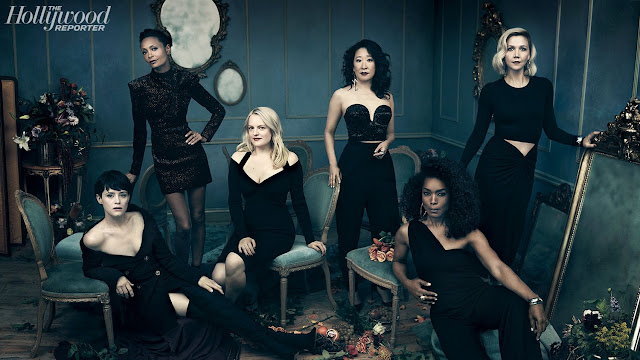 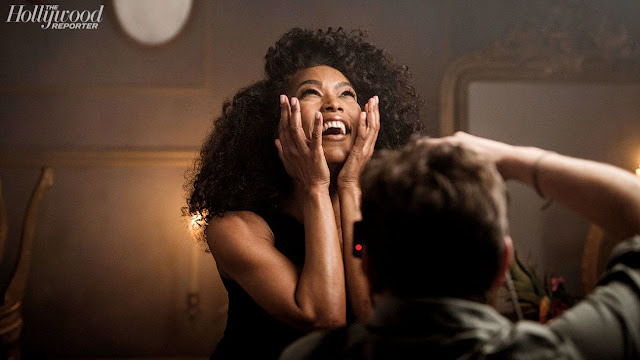 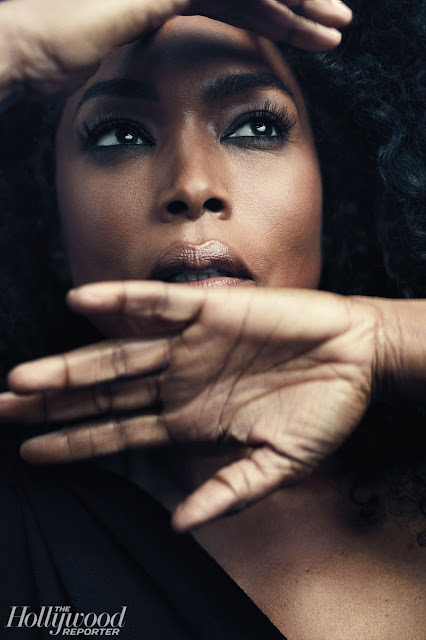 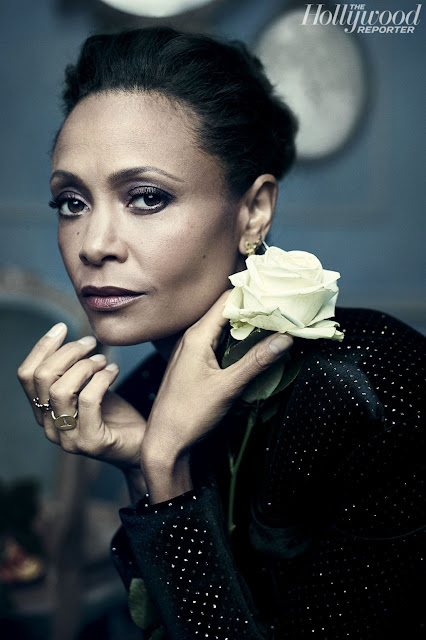 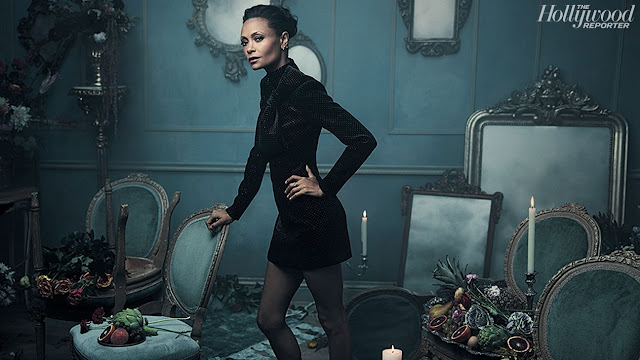 Hey Everybody you good? Many thanks to @hollywoodreporter for setting up the good chat with a few of my colleagues in this crazy business we're all in. Check out this little peak into our world: https://www.hollywoodreporter.com/features/elisabeth-moss-thandie-newton-claire-foy-at-drama-actress-roundtable-1113690
A post shared by Angela Bassett (@im.angelabassett) on May 23, 2018 at 10:53am PDT

#ThandieNewton for Hollywood Reporter!
A post shared by Westworld ♡ (@westworldfeed) on May 25, 2018 at 9:29am PDT