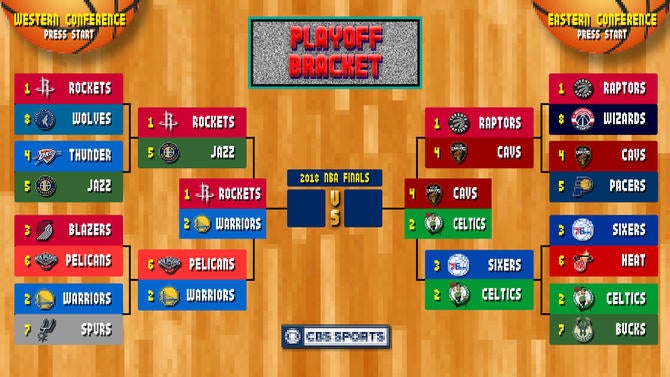 Sunday afternoon, the CELTICS defeated the CAVALIERS, and; then again defeated them on Tuesday night to take a 2 - 0 lead for the 2018 NBA Eastern Conference Finals.

Monday night, the WARRIORS defeated the ROCKETS to lead the series, 1 - 0.

Tonight is Game #2 of the 2018 NBA Western Conference Finals.

Courtesy of the really wonderful people over at the NBA, here is the remainder of your official 2018 NBA PLAYOFFS CONFERENCE FINALS SCHEDULE