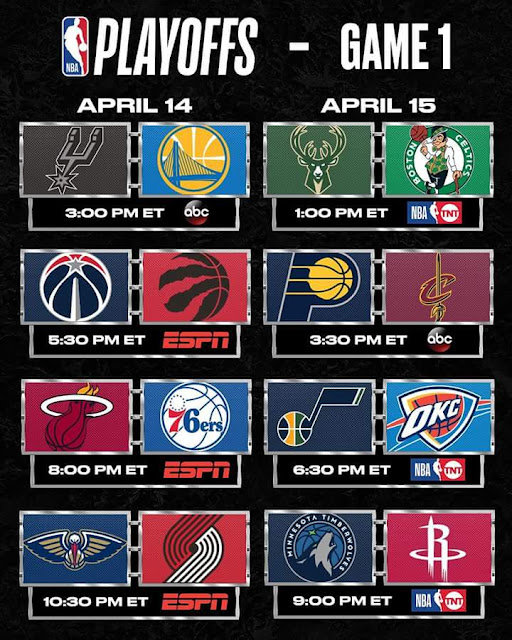 For the professional basketball junkies out there, here is the time for which WE have been waiting since the tip-off the first game of preseason - the 2018 NBA PLAYOFFS!!!

For the unindoctrinated among us, the NBA PLAYOFFS consists of the top 16 teams in the league; eight teams each from the NBA Eastern and Western Conferences.

Day 1 of Round 1 play begins today, Saturday, April 14, with Game 1 of the Western Conference matchup between the SPURS and WARRIORS.

Day 2 of Round 1 begins tomorrow, Sunday, April 15, with Game 1 of the Eastern Conference meetings between the BUCKS and CELTICS. 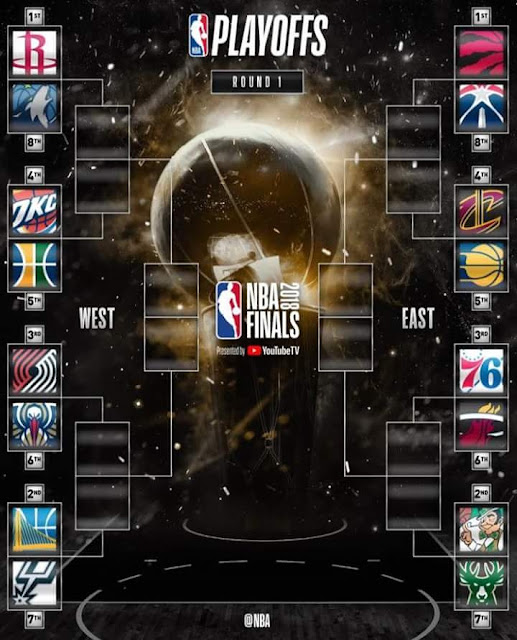