WHAT If OSCAR Was A WOMAN On THE HOLLYWOOD REPORTER MAG!!! 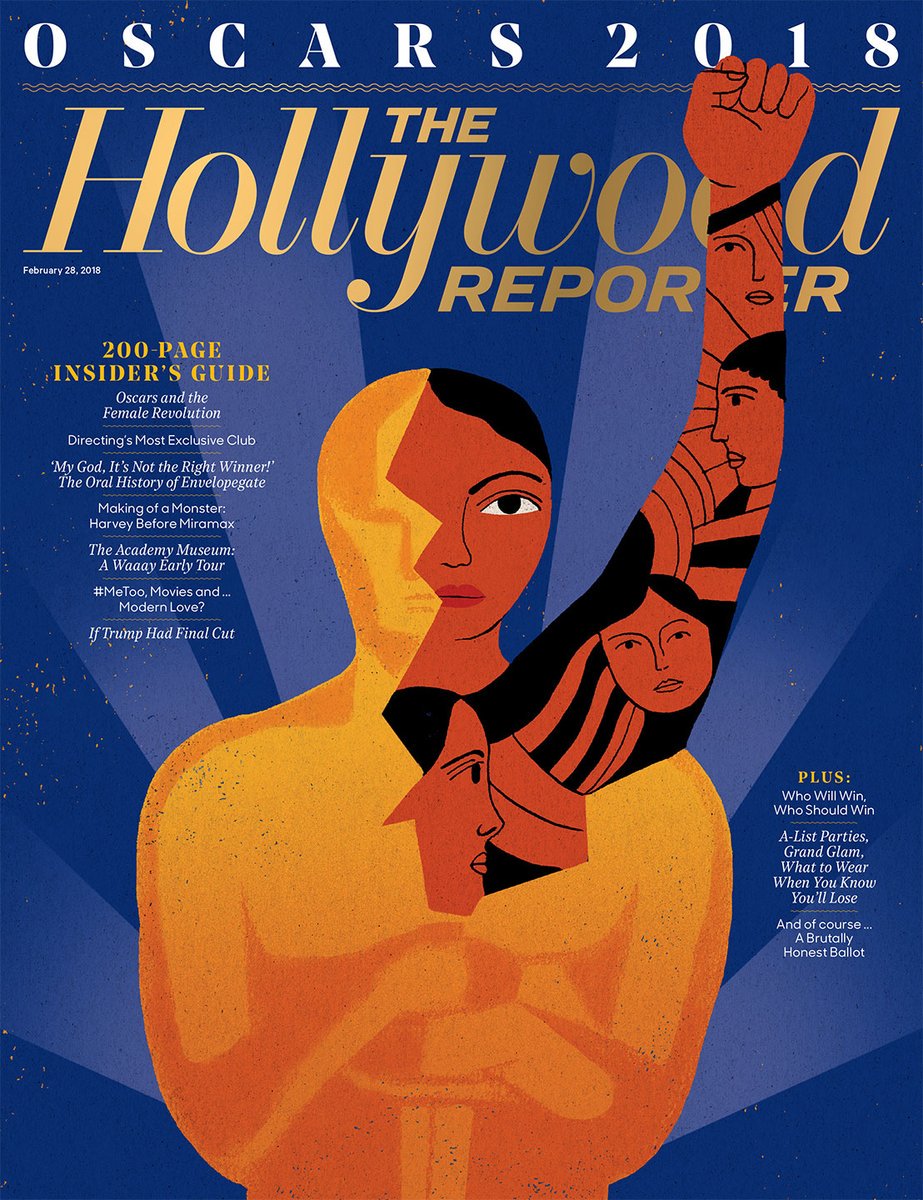 JIMMY KIMMEL LIVE Host JIMMY KIMMEL will navigate the legendary show that will be broadcast LIVE on ABC.

The really wonderful folks over at The HOLLYWOOD REPORTER Magazine have looked out across the Academy Awards landscape to gaze upon the traditionally male award statue that is affectionately known as OSCAR, and pose the inquiry, WHAT If OSCAR Was A WOMAN???

From 10 commissioned artists they received 12 interpretations of how the iconic gold statuette might appear if conceptualized as a woman for the OSCARS 2018 Issue.


1. Louise Pomeroy
Grace Jones and Wonder Woman influenced the London-based graphic artist' s rendition.
2. Kirsten Ulve
"I see a man in a defensive posture, gripping a weapon," says the NYC-based artist of her take on the current statuette. Her version embodies feminine ideals of intuition (the moon) and compassion (the heart).
3. Eddie Guy
The Canadian illustrator aimed only to refine the form until "it felt like Oscar, only a woman."
4. Sara Andreasson
The Swedish illustrator paid homage to Hattie McDaniel, the first black woman to win an Oscar, in 1940.
5. Olivia Mole
"There is no form of the female body that can' t be objectified," says Mole, a California installation and performance artist. "But no one is going to slap her on the butt when she's a gelatinous heap."
6. Eric Yahnker
Barbra Streisand in Yentl was the California illustrator' s muse. "The film was before its time and dealt with societal complications of gender fluidity."
7. Amanda Lanzone
The New York illustrator drew Oscar as a "strong, dignified and sexy woman."
8. Matthieu Bourel
The Berlin-based artist depicted a broken face to signify female anger and the "breaking of taboo."
9. Sandy Reynolds-Wasco
The Oscar-winning La La Land set decorator constructed a totem of inspiring women out of Kathleen Kennedy's forehead, Bette Davis' eyes, Halle Berry's smile and Rita Moreno's feet, among other icons' features and parts.
10. Rodrigo Corral
Instead of a human shape, the NYC graphic artist and Farrar, Straus and Giroux creative director "abstracted a form that suggests an evolution."
11. Matthieu Bourel
Bourel describes his second interpretation — which has a raised, defiant fist — as a "feminine but powerful version of the Oscar."
12. Eddie Guy
After multiple attempts at more abstract renderings, Guy ultimately decided to keep the "spirit of the original."
To make OSCARS 2018 even more exciting for the fans, YOU can go VOTE For YOUR FAVORITE - OSCAR As A WOMAN.