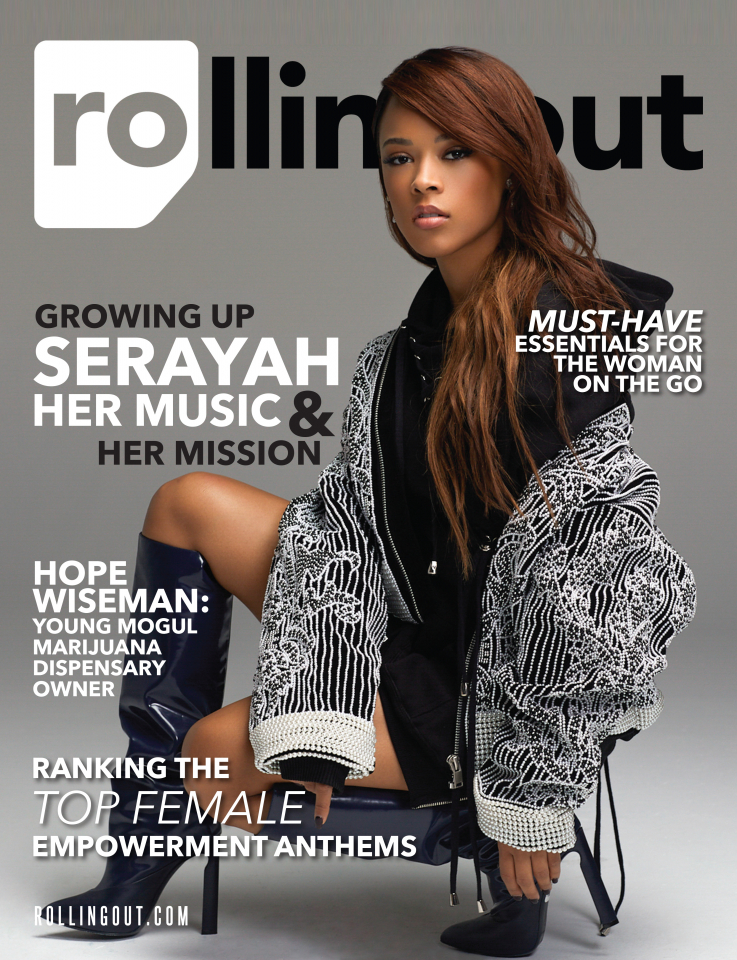 Actress-Singer-Model SERAYAH stars as TIANA BROWN on FOX drama EMPIRE, and is the cover story for the new issue of ROLLING OUT Magazine!!!

On if she ever was made to choose between acting, modeling, and, music:

“The first thing I was into was music. I grew to love acting a lot once I learned to work at it when I was younger. But for me [music is] kind of like a first love type of thing.”

“I just think that, from a young age, I grew up in church and I have a special relationship with God and that’s just a lot of what I wrote about."

On the depth of her musical influences and repertoire:

“I love people like Sade and Mary J. Blige and Faith Evans, SWV. I really love Sam Cooke, if you want to go way back. I love jazz and blues,” she shares. “Etta James [has been] one of my favorites for a long time. Tina Turner … People that just perform … Janet Jackson, Michael Jackson. Janet Jackson I really love because she’s a woman and I just can relate to her a lot more. I love performers and I also love how the women were back in the day and what they talked about, things that really mattered to them. All of that kind of stuff.”

On the immediate impact of being cast for EMPIRE:

On how as a child having to often change residences prepared her for the current frequent changes within her career:


“Change is never really that scary for me. . . . I just had to do it so much; growing up, it was just normal for me.”
“I don’t know how many times growing up I just wanted to know the same person. It just seemed so cool to me to live near the same person since I was in kindergarten and now we’re still best friends and we went to every school together. That story was always what I wanted, but there were other plans in store for me."
On the life lessons that she has learned from those frequent moves:
“to be independent and learn how to talk to different people and be around different people and be in different environments that I’m not used to and being able to kind of be a chameleon and understand how to be [on] my own in every situation … I think growing up those lessons definitely taught me a lot and they meant well for my future.”
On goals for her future:
“A goal of mine is to have an empire for myself. Look at like J.Lo. That’s a goal of mine. I know Beyoncé works her behind off. She’s one of the most focused people I’ve ever seen and she’s such an influence [on] me in that way. Rihanna, she had an album out every year for seven years. That’s like not heard of. I don’t think she’s had a day off.
“So things like that just encourage me to keep going and I know that there is a possibility, that I can do music and act at the same time, and that’s what I’m kind of striving for. Everything.”

Serving you #TommyHilfiger looks from last night’s @vanityfair’s Oscar After Party 💎
A post shared by SERAYAH (@serayah) on Mar 5, 2018 at 10:50am PST

Wanna get the first peek at my new song + video of #YouToldMe?! @sheenmagazine is premiering it on their site! Link in bio.
A post shared by SERAYAH (@serayah) on Mar 1, 2018 at 10:20am PST