WHO Are YOU PICKING To WIN SUPER BOWL LIII??? 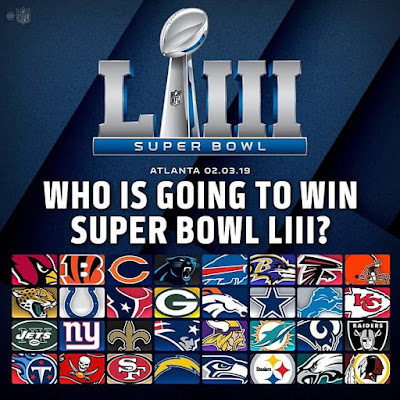 However; the NFL Football Season really IS a year-round sport, so; the question now becomes, "Who are YOU picking to win SUPER BOWL 53???"

Keeping with current radition, the game will kickoff at about 6:30 PM EST.

SUPER BOWL 53 will be broadcast LIVE on CBS.