MUGSHOT MAYHEM - NORTH CAROLINA FATHER & DAUGHTER CHARGED With INCEST After HAVING BABY TOGETHER!!! 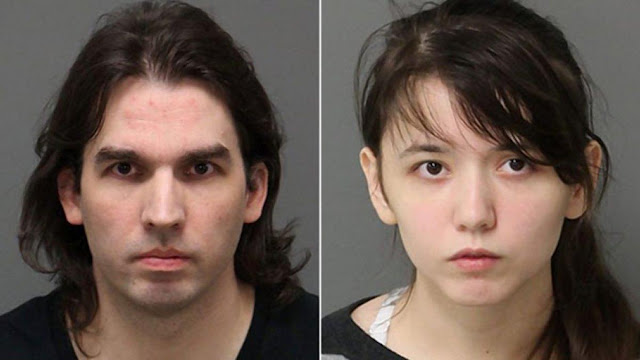 In 1998, NORTH CAROLINA residents STEVEN PLADL and a woman had a baby who they then facilitated into an Out-of-State ADOPTION.

The baby girl was named KATIE. In 2016, when she turned 18 years old, KATIE located her parents who had relocated outside of RICHMOND, VA, and now had two more children.


NYDN  reports Steven Pladl and his wife separated in November 2016, after Katie Pladl moved home, CBS North Carolina reports. The wife told authorities that her husband would sleep on the floor of Katie’s room before she moved out of the home.
On May 23, 2017, Steven Pladl’s wife discovered through the journal of one of her other children that Katie was pregnant with Steven Pladl’s baby.
Steven Pladl had instructed his other children to call Katie Pladl their stepmother, warrants show.
Steven Pladl also told his wife that he was the father of Katie’s child and that the pair had plans to marry, warrants show, CBS North Carolina reports.
Steven and Katie Pladl were arrested on Jan. 27 at a home in Knightdale, N.C.
A baby born in September 2017 was with the new couple when they were arrested.
The pair are being held at the Wake County Detention Center pending extradition to Virginia.
They are each charged with incest with adult, adultery, contributing to delinquency, and were both issued a $1 million bond.
Steven Pladl has been released on bond but Katie remains in jail, according to court records.
They appeared in court for the first time Monday.
Katie Pladl shared a photo on July 21, 2017, of the couple at their apparent wedding (see below).
KATIE PLADL posted;