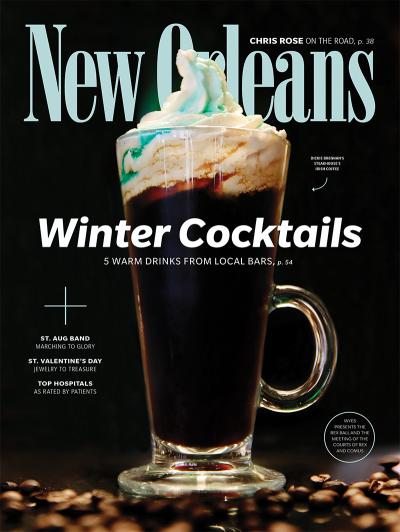 QUEEN - An EXHIBITION: CCH POUNDER, HISTORICAL QUEENS Of The BLACK CARNIVAL, NEWS From The KITCHENS , and so Much MUCH from the new issue of NEW ORLEANS Magazine!!!


Q: The first questions New Orleanians always ask: What neighborhood did you grow up in?
When I was 12, we moved to New Orleans from Kenner. We lived on Hickory Street in Pigeon Town (Carrollton neighborhood).
Q: What activities did you participate in at NORD?
We use to ride our bikes over to NORD and hang around the football team. The coach let us practice with the team. I was never really good at sports, but I could have been if I gave up music. People don’t understand the intricacies of sports. In music, it’s the same thing.
Q: Although you studied music at the New Orleans Center for Creative Arts and at the Berklee College of Music in Boston, where did you learn to play New Orleans music?
Learning how to play an instrument is different than playing music. I learned from my Dad how to be a musician. In music you have to hear sound differently than other people. You can’t teach that.
Q: How did you and Harry Connick Jr. come up with the idea of Musicians’ Village?
Watching Hurricane Katrina on television in North Carolina I was disappointed, upset and very angry. Harry said he wanted to start a school, but I didn’t want to deal with the school board. Harry then said we had to connect with Habitat for Humanity and build houses for local musicians. He brought the idea to his manager and it took off from there.
Why was preserving the musical heritage of New Orleans important to you?
New Orleans is the only reason I’m a musician. Growing up there makes a huge difference in how you hear and see the world. No other city has an Ellis Marsalis and a Doctor John. They don’t have the Fat Man or an Aaron Neville, or The Meters. I’ve been listening to the sounds of funk, jazz and classical music since I was five.
What does the NORDC award mean to you?
It’s a great honor. The city is a large part of my identity.