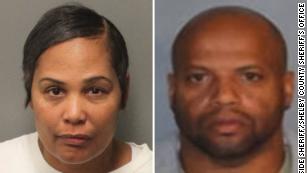 In July 2010, the bullet-ridden body of 34-year-old OXFORD, MS native MEMPHIS, TN resident retired NBA All-Star LORENZEN WRIGHT was found in a swampy field outside Memphis.
The city mourned, and thousands attended a memorial service in the FedEx Forum, where the Grizzlies play. But police could not figure out who killed him. Years went by.
The Lorenzen Wright slaying became Memphis' most famous cold case.
CNN reports Memphis Police Director Mike Rallings announced two indictments in the case.
Wright's ex-wife, SHERRA WRIGHT-ROBINSON, 46, was taken into custody in Riverside, California, and charged with conspiring with a Memphis-area man to kill her former husband. She was indicted on charges of first-degree murder, conspiracy to commit first-degree murder and attempted first-degree murder.
BILLY RAY TURNER, also 46, of the Memphis suburb of Collierville, was arrested December 5 and charged with the same offenses, Rallings said. CNN affiliate WREG reported that Turner pleaded not guilty on Tuesday. He remains in the Shelby County Jail on $1 million bond.
Rallings didn't say exactly what led police to make the arrests and didn't provide a motive for the killing. He said more people may be charged.
When asked about the relationship between the suspects, Rallings said, "It's safe to say they knew each other."
CNN could not immediately reach lawyers for the two suspects for comment.
Wright, who had a home in Atlanta, was last seen at his former wife's home in Collierville, near Memphis, shortly before midnight on July 18, 2010, investigators said. He was visiting his children.
A 911 call was placed from his phone in the early hours of July 19, but the call was interrupted by gunfire, police said. The 911 center in Germantown, a Memphis suburb, fielded the call and didn't share the information with Memphis police for days.
His mother reported Wright missing July 22. When Memphis police finally got the 911 call and determined which cell tower transmitted the call, they were able to locate the body on July 28 in a field near Hacks Cross Road and Winchester Road, about 24 miles east of the middle of Memphis.
By then, the body had badly decomposed under the sun and rain. Wright was so famous in the city that hundreds of Wright's fans rushed to the spot where the body was found.
Major Darren Goods of the city's Multi-Agency Gang Unit, who helped lead the investigation, said a major break came this fall when investigators got a tip about a lake near Walnut, Mississippi. The renewed investigation was dubbed Operation Rebound.
"In basketball when you get a rebound, that gives you a second chance," he said. "This would give us a second chance to bring some closure to this case and give this grieving family some relief."
The lake had previously been searched, but this time the unit asked for help from an FBI dive team, which found a pistol on November 9, he said. That pistol was examined in the crime lab and determined to be one of the weapons used to shoot Wright, he said.
In a news release, police said Carter and Sherra Wright-Robinson had also tried to kill Wright between April 1 and July 17 at Wright's home outside Atlanta. They recruited another, unidentified co-conspirator, the news release said.
Wright was a forward/center for several teams during his professional basketball career. He played with the Los Angeles Clippers, Atlanta Hawks, Memphis Grizzlies and Sacramento Kings before finishing his NBA career in 2008-2009 with the Cleveland Cavaliers.
Wright, who had six children, completed his degree at the University of Memphis in 2003, according to the NBA's website.
-CCG 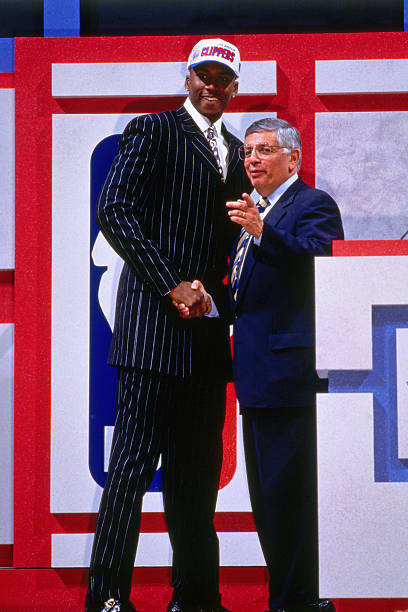