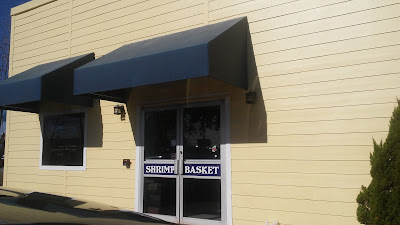 Yours Truly CCG apologizes for forgetting to post this eatery from my return trip from NEW ORLEANS to ATLANTA during CHRISTMAS SEASON 2017!!!

On our way back to The ATL; Sis, Niecy, and, CCG took a break for fuel and food in MOBILE, AL.

Leaving New Orleans traveling on I-10 East, Mobile, AL, is about a two-to-three hour drive from the Crescent City. Located in Southern Alabama, it is a coastal port city, and; is a vital part of the GULF COAST REGION.

What all of this means, is that like restaurant establishments in New Orleans, the SHRIMP BASKET in Mobile is able to purchase, prepare, serve, and, sell FRESH SEAFOOD.

We arrived at about 1:00 PM to a house at about one-third seating capacity. We were seated within about 3 minutes. It seems that we had just beat the second half of the much rush, because; after we were seated, patrons were steadily entering the building. By the time we left, they were about three-quarters full.

CCG decided to go with a Seafood Po-Boy, specifically; an OYSTER And SHRIMP 1/2 & 1/2 OVERSTUFFED DRESSED PO-BOY (photo below). 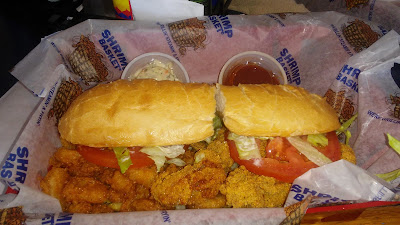 AGAIN; Mobile is on the Gulf Coast, so their seafood is FRESH!!!

Because we officially are now in Oyster Season, the oysters were nice and plump. The shrimp were of a nice size, and; both oysters and shrimp were Fresh-Out-the-Grease HOT.

The lettuce and tomatoes were fresh, cool, and, crisp. The Hoagie Bread was nice and warm.

Next time at the SHRIMP BASKET, Ya Boy is gonna hit their RAW OYSTER BAR. 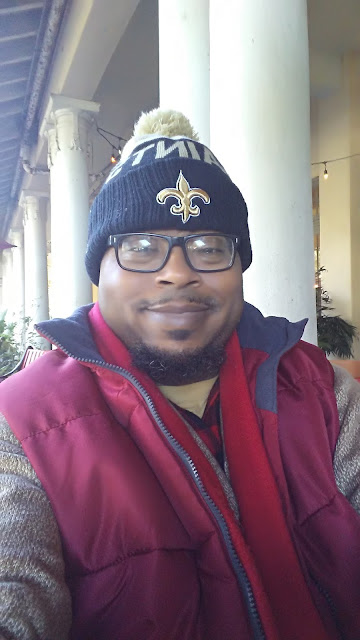