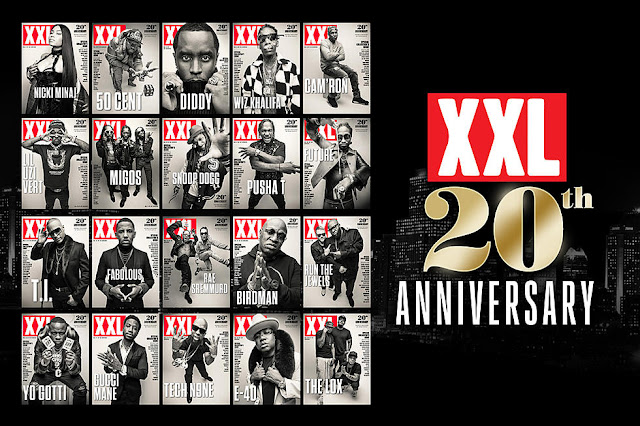 CRAZY COOL GROOVY CONGRATULATIONS goes out to the really good folks over at  XXL Magazine for reaching the wonderful milestone of celebrating their 20th ANNIVERSARY !!!

In terms of Hip Hop, Publishing, and; HIP HOP PUBLISHING; 20 years is a LIFETIME.

So what did the really good people at XXL decide to do to celebrate their groundbreaking 20th anniversary???

They've even provided for YOU to WATCH EVERY 20th ANNIVERSARY INTERVIEW.