ROCKDALE COUNTY TEACHER THREATENS To SHOOT STUDENT In The HEAD!!! 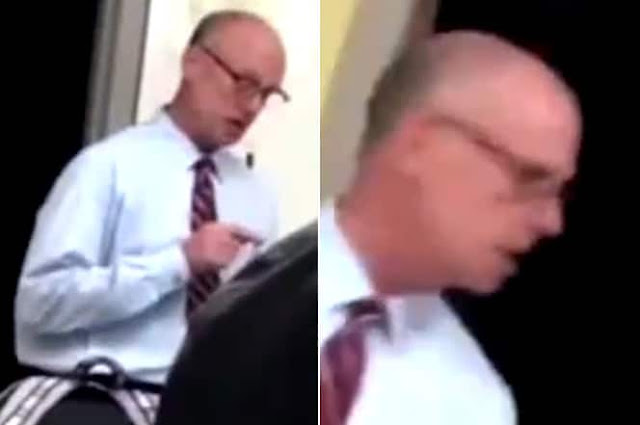 Met ROCKDALE COUNTY( GEORGIA) Physics Teacher PAUL HAGAN!!!
PAUL HAGAN is on administrative leave after he was caught on camera during class threatening to “put a bullet” in a student’s head!!!
AJC  reports the incident happened two weeks ago at ROCKDALE CAREER ACADEMY.
The student’s mother, April Carr, said she was not notified by the principal until last week.
APRIL CARR said;

“I think it’s a terroristic threat on my son’s life that I definitely don’t take lightly.”

Carr said her son and other students were laughing while physics teacher Paul Hagan was at the board. That’s when Hagan made the threats.
Carr posted video of the threat online.
PAUL HAGAN can be heard clearly saying:

“You screw with me you’re going to be in big ass trouble. Don’t smile at me, man. That’s how people like you get shot. I got a bet. I bet by the time you’re 21 somebody’s going to put a bullet in your head. OK. And it might be me the one who does it.”

Hagan apologized to the 11th grader after the comments, but Carr said she wants him fired and charges filed.
-CCG