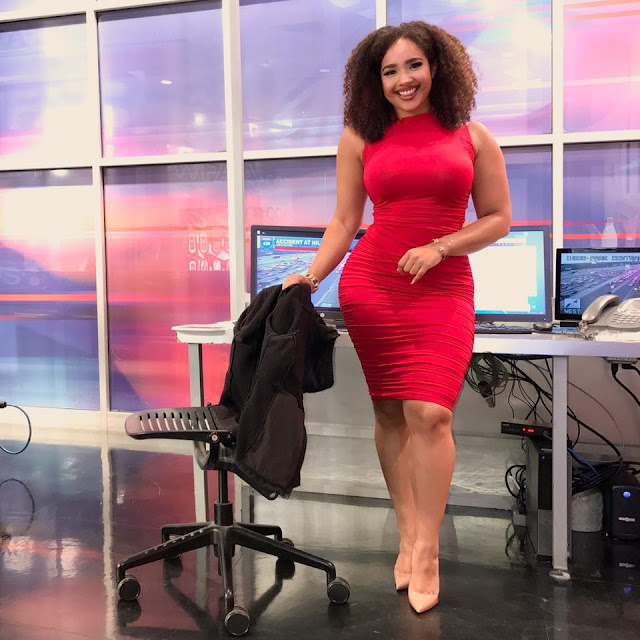 Last week, a white woman identified as JAN SHEDD took to FACEBOOK to criticize DEMETRIA OBILOR because of her size, physique, and; fashion choices.


"Has anyone seen new morning traffic reporter? Her name is Demetria Obilor & she's a size 16/18 woman in a size 6 dress and she looks ridiculous. I understand that when I watch Channel 8 I'm going to get biased reporting and political correctness, but clearly they have taken complete leave of their senses. I'm not going to watch Channel 8 anymore."

ESSENCE Magazine  reports that the Traffic-Stopping Traffic Reporter threw some Traffic-Jamming BIG BOOTY CLAPS back at her haters.

And; she had a few words for her supporters; 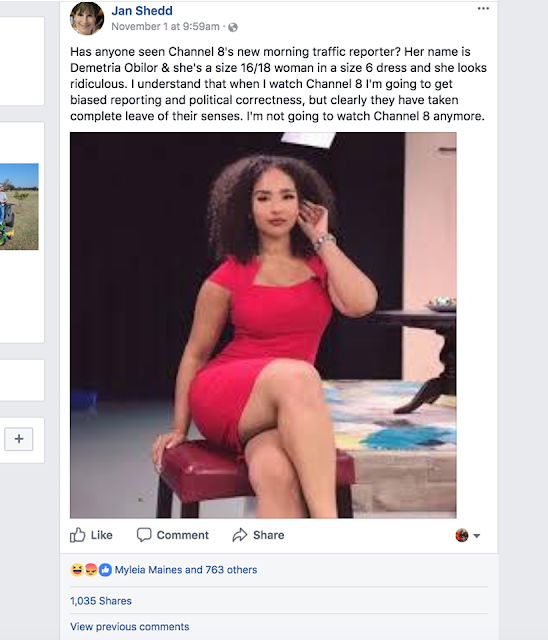