BLACK MAYORS In AMERICA On ROLLING OUT MAG!!! 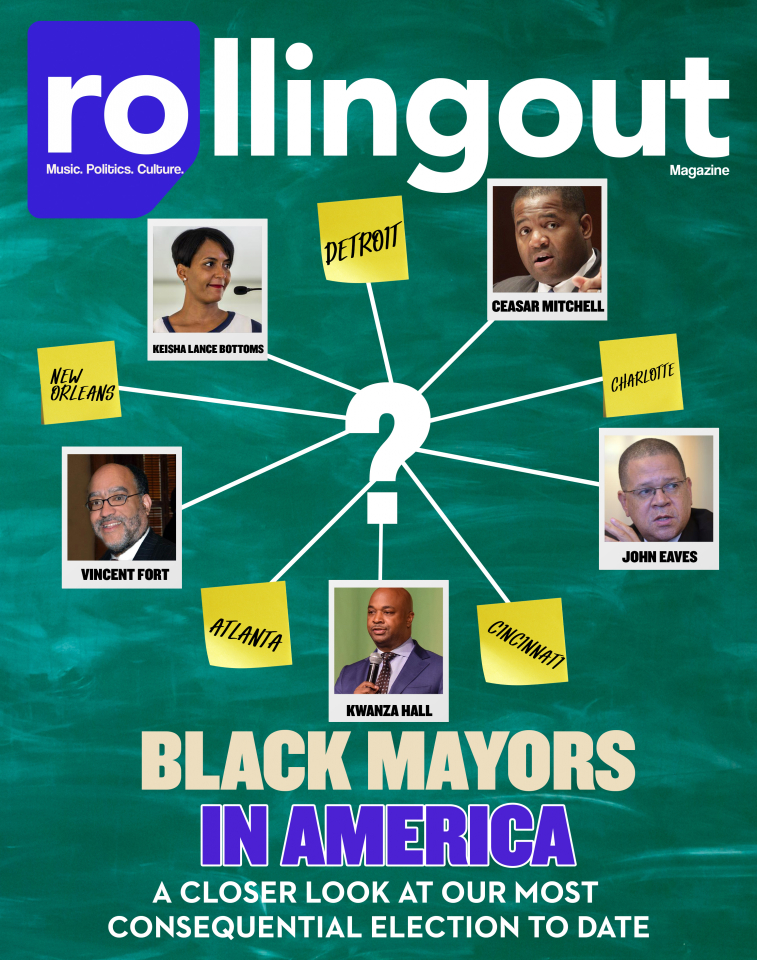 
The City of ATLANTA, GA, did not become this bastion of hope for Black people by accident. That transformation was brought about both in the optics of having someone who looks like us at the helm and also in the policies that they implemented. The Black men and woman who followed Maynard Jackson all sought to create opportunities for people of color. They understood the needs of people who looked like them and used that understanding to create possibilities.
HOUSTON Mayor SYLVESTER TURNER may have said it best in a May 2017 speech;

Those endless possibilities are unfortunately less likely to happen as Blacks are priced out of cities. Don’t believe me?
In 2002, 57.1 percent of Black mayors served in cities that did not have a majority Black population. By 2007, that number had dropped all the way to 40 percent. Ten years later, that number continues to decline at a breakneck pace. (The official numbers will be updated following this election cycle.)
That, my friends, is called a trend — one that, if allowed to continue, will leave a huge void of Black leadership in the one place that it arguably matters the most. Sure, it was awe-inspiring to witness Barack Obama’s meteoric rise to the Mount Olympus of politics. But when you move past the symbolic nature of Obama’s presidency, as well as the current administration’s seemingly vindictive strategy to destroy all remnants of the Obama years, all you’re left with are the lieutenants (aka the mayors) on the ground in major cities fighting for the overlooked and the forgotten.
So as Nov. 7 approaches, and you’re making your way to the polls, there are several fundamental questions you need to ask yourself.
Who is this person that I am voting for? Do they understand what it’s like to be Black in America? And with that understanding, are they going to do everything within their power to continue the very necessary work of leveling the playing field — economically, educationally, judicially and the like?
The answer to that question in cities like ATLANTA, CINCINNATI, CHARLOTTE, DETROIT, NEW ORLEANS, and countless others across the country cannot be stressed enough.
It is a vital component in continued fulfillment of the dream held by FREDERICK DOUGLAS, Rev. Dr. MARTIN LUTHER KING Jr., and President BARACK OBAMA.
The really good folks at ROLLING OUT Magazine decided to gift us and uplift us with BLACK MAYORS In AMERICA 2017 - A CLOSE LOOK At OUR MOST CONSEQUENTIAL ELECTION CYCLE:
Some KEY BLACK MAYORAL CANDIDATES Across The USA:
Atlanta
Keisha Lance Bottoms
Kwame Hall
John Eaves
Ceasar Mitchell
Vincent Fort
Cincinnati
Yvette Simpson
Boston
Tito Jackson
Minneapolis
Nekima Levy-Pounds
Charlotte
Vi Lyles
Birmingham
Randall Woodfin (won his race, and will take office Nov. 28)
New Orleans
LaToya Cantrell
-CCG