Roughly 10 years ago, CADILLAC was practically riding on life support, being kept afloat primarily on the popularity of the ESCALADE!!
PLAYBOY  reports there was also a point where it looked like the company had pretty much abandoned large luxury sedans, a longtime staple for the carmaker.
That said, Cadillac was forced to face a much more troubling issue. It was the brutal reality that a young influential car buyer, living in a trendy spot like LA, probably would never even consider buying a car badged with the nameplate. That is, unless it was an all-blacked-out model of their popular SUV, fitted with 20-inch custom wheels.
Looking to shake things up in 2015, Cadillac packed up its operations in Detroit, where the GM-owned company had been based for over a century, and moved into a new set of digs in New York’s trendy SoHo district. The company also hired practically an entirely new team to help steer the company back to prominence, with Cadillac President Johan de Nysschen at the helm, leading the charge.

Fast forward to 2017, and it’s a completely new game for the luxury carmaker, with a lineup that is as much about groundbreaking technology as it is heart-pounding performance. The proof is in the numbers, with Cadillac recently reporting a year-to-date global sales increase of 27 percent for the first half of 2017. In 2016, the carmaker posted its highest annual sales increase since 1986.
CADILLAC President JOHAN De NYSSCHEN said;

“We’re busy with a wide-ranging brand transformation that really seeks to restore Cadillac back to its original roots of being the pinnacle of luxury. When you have a 115-year-old heritage, it’s to be expected that you will have high points and low points. We are busy rebuilding and I think the tangible expression of those endeavors [is] in the products you see today.”

You get a great sense of those “endeavors” that the Cadillac president speaks about behind the wheel of the ATS-V sedan, the carmaker’s blistering-quick, 464-horsepower luxury compact.
First introduced for the 2016 model year, the ATS-V is as intriguing when sitting still, casually toying with the in-car tech features, as it is powering through some twisty canyon road and hearing that exhaust note growl. But it’s definitely the latter that leaves you itching for more seat time in the V-Series sedan. In fact, the turbo-charged four-door Cadillac is a clear sign that the luxury American nameplate is now a serious contender with high-performance heavyweights like the BMW’s M series and Mercedes-Benz’s AMG line-up. 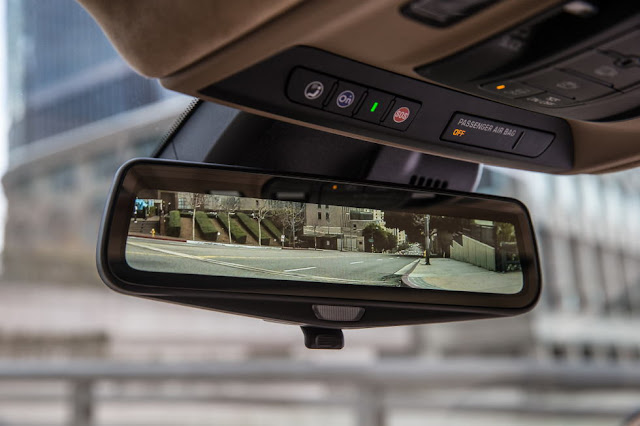 The high-tech system, which involved data research covering 160,000 miles of digital maps in the U.S. and Canada, enables the driver to go hands-free, with the simple touch of a button.

How good is it? The only thing that the system doesn’t do is automatically switch lanes. That requires the driver to take control of the wheel.
The again, Super Cruise isn’t intended to function like a completely autonomous car. It’s more of a premium driver-assistance feature, aimed at making long-distance travel and daily commutes on the highway easier. Sure, there’s some initial anxiety one has to work through when relinquishing the steering wheel of a $90,000 luxury sedan on a highway. But Cadillac has made it extremely easy to make the transition.
The first-of-its-kind hands-free system features a number of safety elements that makes it easy for the driver (and occupants) to feel comfortable when Super Cruise is being used to steer the car. The two most prominent are GM’s LiDAR Map Data System and the Driver Attention System, which issues a series of alerts if it detects the driver has taken their eyes off the road. 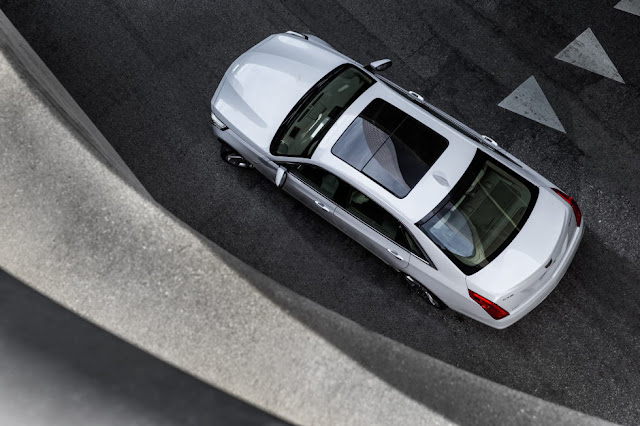 President JOHAN De NYSSCHEN says both the ATS-V SEDAN and CT6 Super Cruise represent two key touchpoints for Cadillac moving forward.
De NYSSCHEN says;
“Our portfolio is taking on this additional dimension of really high-performance drivers’ cars such as the V-Series models, but balanced on the other hand by really sophisticated, high-tech luxury cars like the CT6 and Super Cruise technology. We’re also reshaping the brand, as expressed with the products, into representing a more progressive, contemporary form of luxury as opposed to the classical form of luxury that has shaped brand positioning in the past.”

“I have the benefit of knowing what’s beyond the horizon, and I can tell you, the products we are working on right now are absolutely brand transformational."