SHANNON SHARPE vs RAY LEWIS vs The UNDISPUTED vs FIRST THINGS FIRST!!! 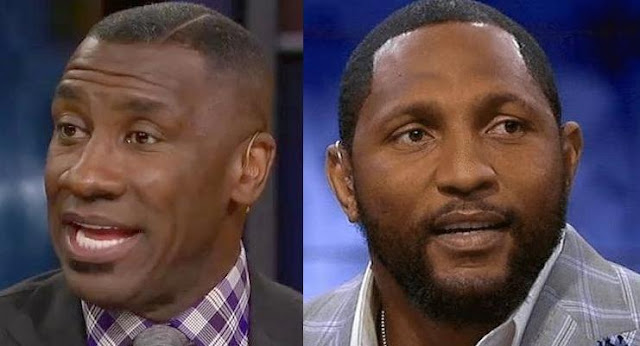 Sunday, September, 27, over 200 NFL Players across the LEAGUE either sat or knelt on one knee during the rendering of the STAR-SPANGLED BANNER!!!

During the BALTIMORE RAVENS vs JACKSONVILLE JAGUARS Game in LONDON, UK, Retired RAVENS Linebacker #56 RAY LEWIS locked arms with his RAVEN brethren and got down on both knees.

Meanwhile on on FOX SPORTS morning show The UNDISPUTED, Analyst/Retired DENVER BRONCOS/BALTIMORE RAVENS Tight End SHANNON SHARPE explained to Host JOY TAYLOR and Analyst SKIP BAYLESS his feelings on the results of a conversation with Ray about his actions on Sunday.

"Shannon Sharpe is not the issue, @RayLewis isn't the issue. The issue is what led @Kaepernick7 to originally take a knee." — @ShannonSharpe pic.twitter.com/H28USCaM0b
— UNDISPUTED (@undisputed) September 27, 2017