MOVIE TRAILER - The PRODUCTS Of The AMERICAN GHETTO (NSFW)!!! 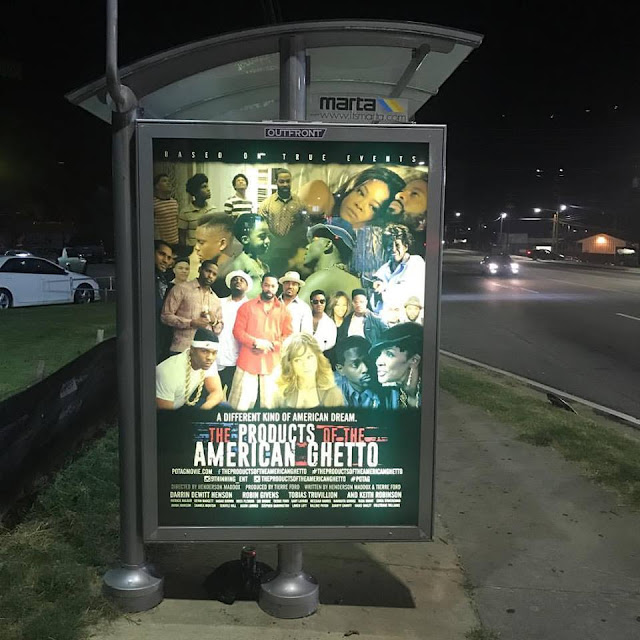 The PRODUCTS Of The AMERICAN GHETTO  is a new film that was shot in ATLANTA, and is based on the novel of the same name by Author TIERRE F. FORD!!!

During the 1980s, BRIAN is an 8-year-old growing up in the TECHWOOD urban housing area of ATLANTA!!!

Normal for him is to awaken by the sound of his mom selling her body to keep the lights on, but one night the screams of his 15 year old sister, TASHA, awaken him. He vows to take care of the women in his life and get them out the lifestyle.

The only window out is through drugs.

BRIAN wants out but the only images of success that he see’s are the drug dealers around him.He knows about doctors and lawyers. however; he is taught that those are not optionsthat are easily attainable.

He’s told by teachers that he can’t go to college, He’s told my adults that,“where you are is where you will beand its your place.”

Brian results to joining the drug game to stop his mom from prostituting herself to take care of him and his siblings.

Check for the locations and dates of The PRODUCTS Of The AMERICAN GHETTO TOUR.

Will YOU be going to see The PRODUCTS Of The AMERICAN GHETTO???