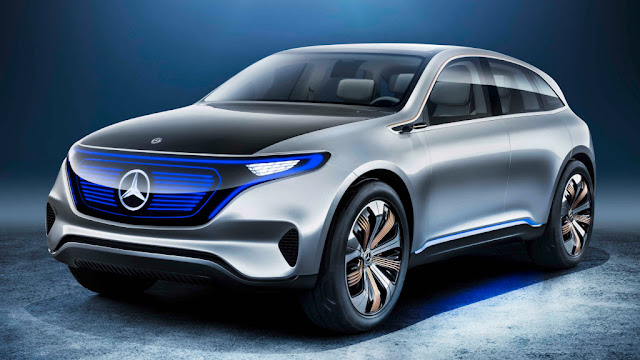 ELECTRIC CARS are becoming so HOT!!!
Just last week, PORSCHE confirmed the forthcoming launch of the PORSCHE: MISSION E.
At $80,000 it is a pricier answer to the TESLA: MODEL 3, the first entry-level, mass-market electric luxury sedan that’s rapidly ramping up production after a successful summer debut.
And now another of the world’s biggest luxury automakers is boosting its electric efforts, and the action is taking place here in the U.S.
DAIMLER AG, the German parent company of MERCEDES-BENZ, announced that it’s pouring $1 billion into its VANCE, ALABAMA factory to electrify all of its cars by 2022.
The first phase of the project is a 1-million-square-foot expansion to the factory beginning next year. (That sound you hear is a reported 600 new jobs being created.)
According to AUTOMATIVE NEWS, vehicle production should follow in the early 2020s.
Daimler actually announced its electric concept, dubbed EQ (or “Electric Intelligence”) at last year’s Paris Motor Show. The electric line will reportedly include the slick, hatch-back like Concept EQA; the crazy-tiny, steering wheel- and pedal-free Smart Vision EQ fortwo Concept; and the Concept EQ C, an entry-level SUV that will cost around $45,000, in addition to seven other flagship models.
Daimler’s Alabama plant currently produces the Mercedes GLE, the GLS SUV, and the C-class sedan, among other vehicles.
The VERGE  reports the plant will build “electrified versions” of those cars under the new expansion. This will mark the first time Daimler has produced electric cars in America. We’ll salute to that.
-CCG
PLAYBOY
Posted by CCG at 12:00 PM