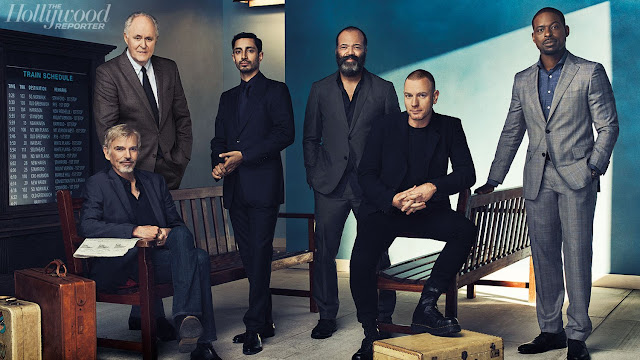 JEFFREY WRIGHT and STERLING K. BROWN are joined by BILLY BOB THORNTON, EWAN McGREGOR, JOHN LITHGOW, RIZ AHMED, and; they discuss surviving early struggles, being typecast, being only one of a few people who understand your character, and; so Much MORE.


Sterling, an L.A. Times column recently praised This Is Us for showcasing a black actor portraying "the simmering rage of the successful black man in white America." What does that mean to you?
STERLING K. BROWN (This Is Us, NBC) What I love so much about the show and about the character of Randall is that he is black on purpose. So many times, for the sake of diversity on network TV, there's going to be a black guy or a Latino guy, et cetera, and they just happen to be that. But the fact that he is black and we actually use that to tell the story of a black man being raised by this white family and still has the experience of being black in America … The feedback I get from people is, "We don't get a chance to see this that often: a successful black man married with two children who is happy and succeeding but still has to deal with the fact that life is not the same, the paths that we walk are going to be different." A white woman who had adopted two black sons was asking me the other day, "What types of things do I need to tell my sons?" And I said, "Well, when you're horsing around and somebody gets singled out for being in trouble, when you're a little black boy, it's not just boys being boys, there's an added level of scrutiny."

Jeffrey, there's a big reveal in Westworld where we find out your character, Bernard, is a robot. How much did you know?
WRIGHT I found out that morning. I showed up to shoot and …
ALL What? No, no! (Laughter.)
WRIGHT No. No. (Laughs.)

Some actors prefer that.
WRIGHT I don't think it would have been possible with this because … if you look back at the previous episodes, you'll see these bread crumbs. I didn't know when we shot the pilot. But when we came back, [showrunner] Lisa Joy pulled me aside and said, "Bernard's uh …" You know, an incredibly articulate woman who stumbled around for 20, 30 seconds. "Um, um, he's very complicated. How do I say this? How do I …?" And then she dropped it on me. And yeah, it was necessary because there are little flashes of forecasting that I would throw in.
Riz, you did a phenomenal amount of research for your role. How did it inform your performance?
AHMED I went to the Rikers Island prison, which thankfully I hear they're closing because some of the stories that I heard there were wild. Forget turning up there as a new inmate; if you turn up there as a corrections officer, the inmates will test you. So, if you're a new guy, the inmates will start messing with you or just disobeying you or being verbally abusive, and you've got to prove yourself. And I said, "Well, what does that mean? Are you extra harsh in laying down the rules?" One guy goes, "No, you have to fight them." I was like, "How do you mean? Psychologically?" He's like, "No, you take them out in cuffs, you go out into the corridor, you make sure the cameras are shut off, and you uncuff them and go at it. That's how you win respect as a C.O." So there's a kind of crazy, gladiatorial, dog-eat-dog situation there. Interviewing people who have been through the prison system, those stories are all very flashy and they stick with you, but it was [also] the detail of things, like how people just let go of family because it's too painful after a while. I'd go nuts and record people for hours.
Does the current political climate change the types of projects you want to do or the types of roles you want to play?
WRIGHT I hope so. For everyone.
BROWN You hope to be able to give people a break from certain things, but hopefully you can also educate and edify people at the same time. With This Is Us, the biggest comment that I've gotten is that it brings people together in a very interesting way — it's a very family-oriented show, and it's about connection. We have gay folks and overweight people and black folks, and we're going out into communities that may not have an opportunity to see things that are quite as heterogeneous as the show is. So, the more homogenized places in the country and in the world, they're having an opportunity to meet people for the first time. Hopefully through meeting people, the next time they encounter them, they see them as people.
AHMED I do believe it's an artist's responsibility to engage with the times we're living in. But it's a weird thing. Certain stories or certain storytellers are encumbered with the responsibility of being seen as political whether they like it or not. Because sometimes it's the first story of that type — the trans actress in Orange Is the New Black, for example. The Khan family in The Night Of is a Muslim-American family, but that wasn't a political decision. That was just doubling down on affirming our common humanity, which is really a kind of baseline for all creativity. It's not a renegade move to do that. But then a couple of months after the show comes out, certain dominos fall and people start viewing it through a different lens.
LITHGOW That's our mission at the best of times, to show people how other people feel. It's so important right now because these are the un-empathetic times we're living in.
AHMED And it's kind of reinforcing a status quo by not commenting or challenging it. I've always found it weird that people would often say to me, "Why do you always do political work?" There are a certain subset of stories that are open to me to tell, and I'm glad to say that subset is kind of expanding. That is a kind of progress, whether it's political progress or social progress or cultural progress. But politics is just a point of view on the world — and every story has a point of view on the world. If it's a point of view that you're not used to hearing or seeing, it suddenly gets labeled as political and marginalized from the mainstream. [It's sent to] the back of the DVD store with the subtitled films. But actually, what we think of as mainstream stories or stories that aren't political are very political in their absence of interrogating the status quo.

WRIGHT So when Friends shows a New York absent people of color, there's politics in that. It leads to an understanding of, among those homogenous communities in this country, that …
BROWN That that's the way it is.
WRIGHT Exactly. It validates their own isolation and leads to a misunderstanding of the complexity of who we are.
-CCG 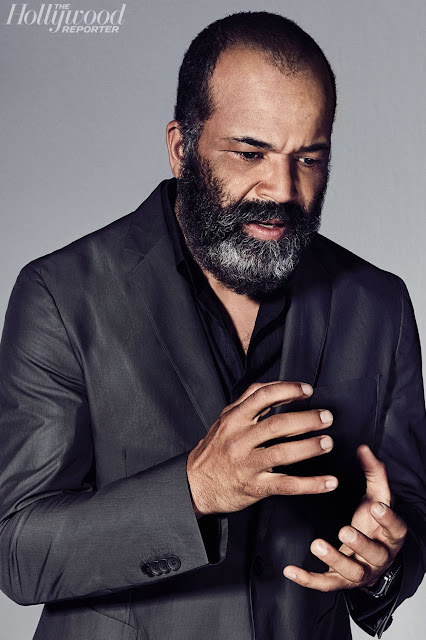 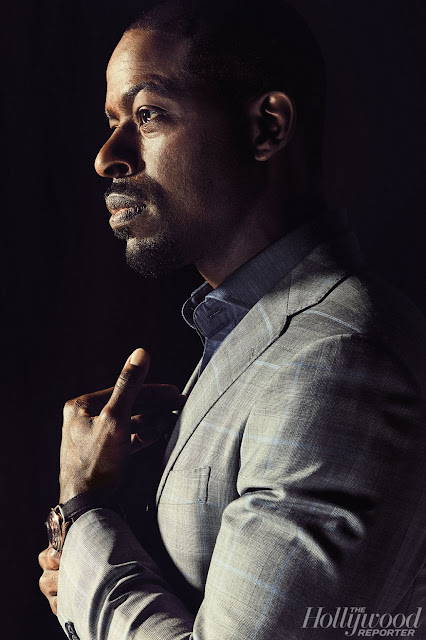 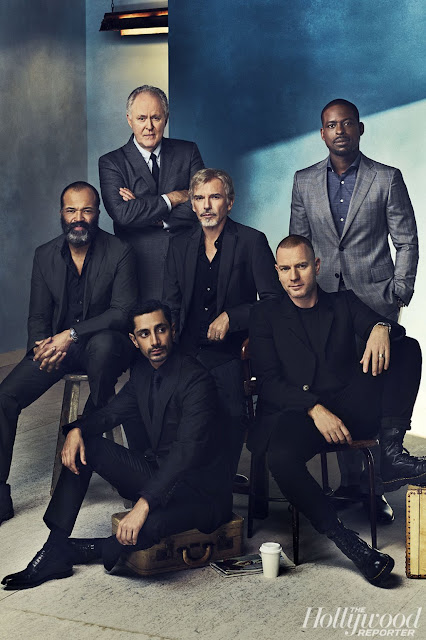