HOW MUCH MONEY YOU NEED To MAKE To AFFORD RENT In YOUR STATE!!! 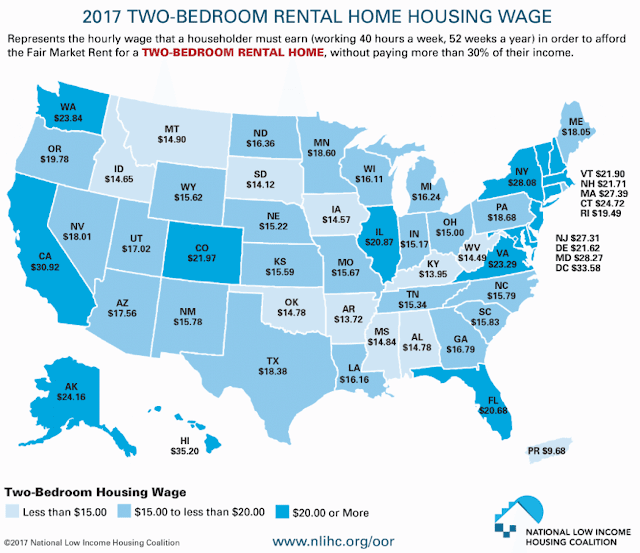 According to a recent report from the NATIONAL LOW INCOME HOUSING COALITION (NLIHC), there is absolutely no place in the entire UNITED STATES Of AMERICA where a person working a full-time minimum wage job could afford to rent a two-bedroom apartment!!!

While working a minimum-wage job, downsizing to a one-bedroom apartment will get you only so far. According to the report, such affordable housing is only located between 12 counties in the states of ARKANSAS, OREGON, and WASHINGTON.

The WASHINGTON POST reports the current FEDERAL MINIMUM WAGE is $7.25 per hour. That means on average, you would have to earn about $17.24 an hour to afford a modest one-bedroom apartment without having to spend more than 30 per cent of your monthly budget on housing costs. You would need to earn about $21.21 to afford a two-bedroom apartment of the same standard. That is nearly three times the federal minimum wage.


"The gap between wages and rent is growing. There's no doubt that the affordable housing crisis overall has increased since the foreclosure crisis in 2007."


"For decades, politicians were told that the mortgage interest deduction was something you just couldn't talk about. It was the so-called third rail, and if you messed with it, you were going to be electrocuted. I actually think we should be directing our housing expenditures to people who need it the most."

President DONALD TRUMP, in his budget plan for the 2018 fiscal year, recently proposed $6.2 billion in cuts to the Department of Housing and Urban Development, the most dramatic reduction to the agency since President Ronald Reagan slashed its funding by 50 percent in the early 1980s. Trump’s proposal would gut federal funding for affordable housing, along with other programs designed to serve the poor. 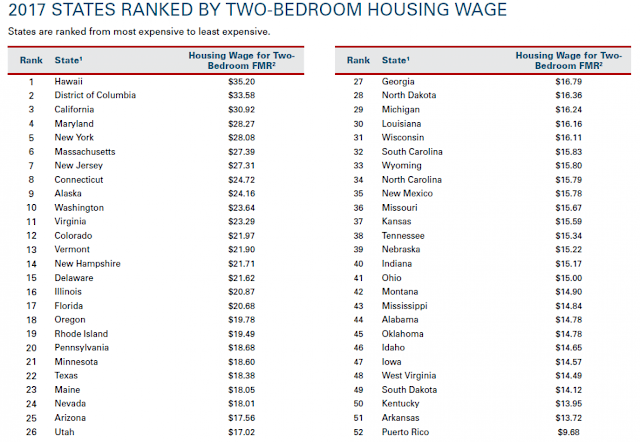