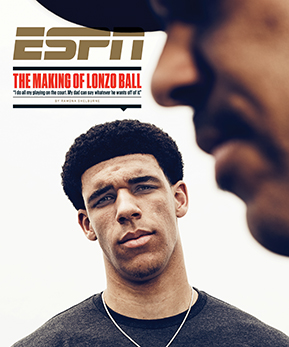 In his case, the craft master  has been his father LaVAR BALL, who is also working on his two younger sons, LiANGELO and LaMELO.

The MAKING Of LONZO BALL - SPEAK It INTO BEING is the cover story for the new issue of ESPN The MAGAZINE.