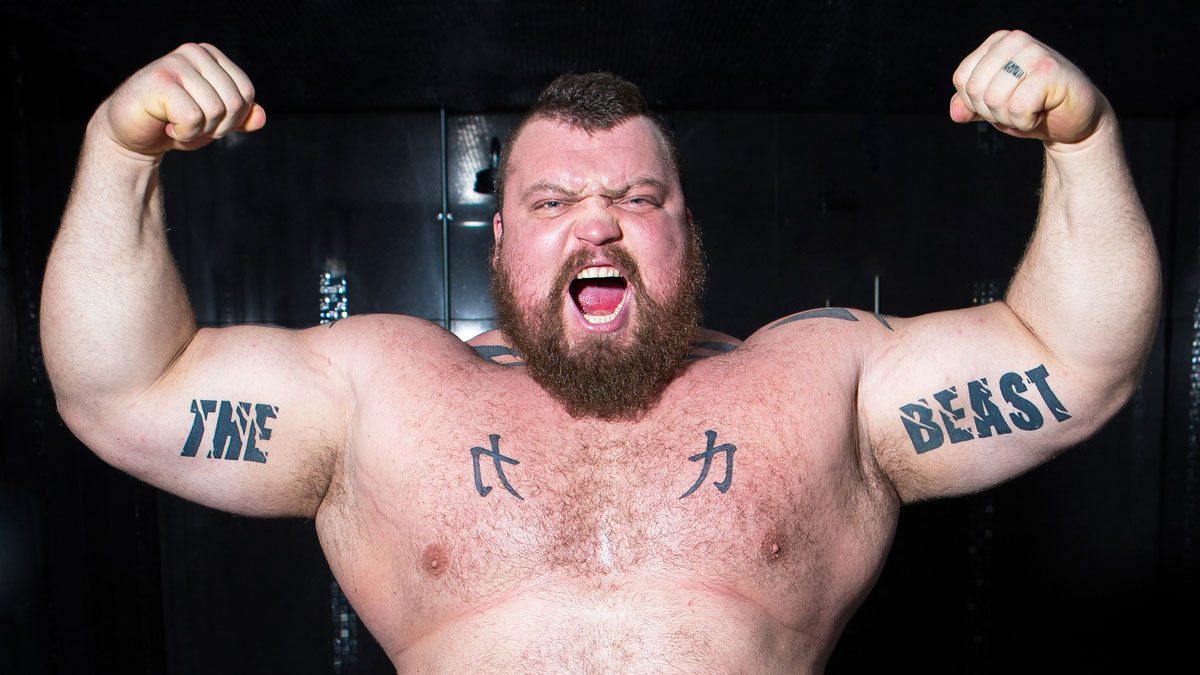 CRAZY COOL GROOVY CONGRATULATIONS goes out to NEWCASTLE-Under-LYNNE, UK Strongman EDDIE "The BEAST" HALL for this past weekend battling 30 other men who had also travelled to BOTSWANA, SOUTH AFRICA, and winning the 2017 WORLD'S STRONGEST MAN CHAMPIONSHIP!!!


EDDIE HALL came out on top in the SQUAT LIFT, VIKING PRESS, and  DEADLIFT, on his way to winning the finals ahead of ICELAND native Strongman HAFBOR JULIUS BJORNSSON, who finished second.

The ICELANDIC icon portrays The MOUNTAIN on HBO drama GAME Of THRONES.
Hall also beat four-time winner Brian Shaw, from the USA, who finished in third place in the contest in Gaborone.
The BEAST vowed to win the title even if it killed him in an exclusive interview with The Sun yesterday.
The dad-of-two’s training regime includes eating raw steaks and consuming 12,000 calories a day.
The qualifying round for the contest took place between May 20 and 23, followed by the Grand Final yesterday and today.
Thirty strongmen competed for the 10 places in the final.
The SUN  reports Hall was expelled from school at 15, despite being a gifted student, and started lifting weights to fill the time.
EDDIE HALL claims Bodybuilder-turned-Actor-turned-Politician ARNOLD SCHWARZENEGGER as his hero, and said;

“That’s when the journey began and I had this fascination of sculpting my body like Arnie.I became the strongest in my gym, then I realised I was the strongest in the area, then the Midlands.”

He was crowned England’s strongest man at 21, Britain’s best at 23 and finished sixth at his first World’s Strongest Man in 2014.
-CCG 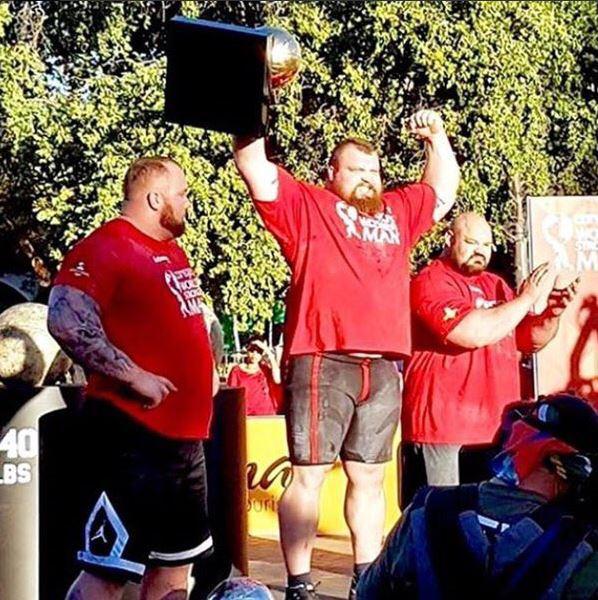 Really proud of my effort in the Viking Press at The Worlds Strongest Man. I completed 15 reps but the referee took the last rep away from me. They say I double dipped. This would have been equal first place with Eddie Hall, which would have scored me one point higher. I know it's only one point, but sometimes one point can change the game completely. Strongman fans out there what do you think? 🤔
A post shared by Hafþór Júlíus Björnsson (@thorbjornsson) on May 28, 2017 at 8:57am PDT