The really good folks at GQ Magazine have already done all the hard work, so; Feast, Salivate, and; Lick Your Lips over the CCG Seductive 6 from the  TOP 9 CRAZIEST CARS To COME OUT Of The 2017 GENEVA MOTOR SHOW!!!

GQ  reports what you've go in the FERRARI 812 SUPERFAST  is maybe the sexiest car to come out of Ferrari in a couple decades, blessed with a 790-horsepower V-12 engine (probably the last the company will ever make as it moves toward hybrid systems) and a 211 mph top speed. Which makes the history-laden Superfast name—it was born wth the 1946 Ferrari 410 Superfast—almost seem like an understatement.

Lamborghini sauntered into the Geneva show with the special edition Huracan Performante, acting all cool, and said, "Oh, this little thing? It's only the fastest production car ever on the Nurburgring." Car nerds know that Germany's Nurburgring track (the name translates to "Ring of Nurburgs"❖) is considered the proving ground for any modern sports car

The never-gonna-exist Renault Trezor concept is all-electric and and autonomous and fast, but listen: a Renault concept is not about the specs. It's about emotions. The designers at the storied French brand harken from an era when show cars were meant to be poetic musings, hence the Trezor's red-tinted glass, wood, and leather—meant to evoke the act of falling in lov 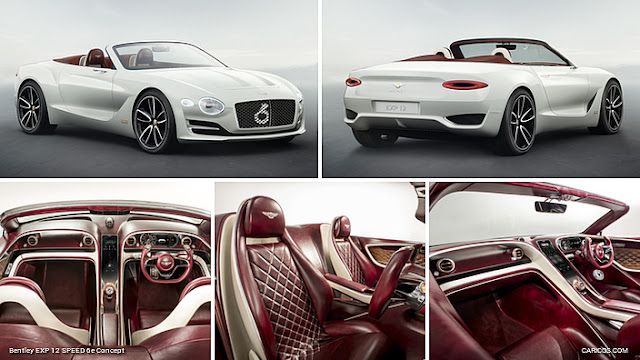 Mix two parts Tesla with one part landed gentry and one part leather driving gloves, and you've got yourself Bentley's newest concept car, an all-electric droptop designed to showcase what British luxury looks like in a post-oil world. The EXP 12 Speed 6e also wins the award for Button We Most Want to Press.

The Geneva-born McLaren 720S is a full 150 better than the McLAREN 570 GT.. And, yeah, it's a step up: 710 horsepower, with a 212-mph top speed. But the focal points here are the extreme aerodynamics of the exterior, a spiffy system that lets you control how sideways the car will get on a racetrack, and MAGIC GAUGES.

The aeronautical geniuses at Airbus blew everyone's minds to shrapnel with its Pop.Up. concept, which uses a tiny car-cabin pod as the modular centerpiece for a variety of autonomous, interconnected transportation systems. Depending on where you're headed, the pod might lock into a wheeled base to traverse roads, then get lifted—with you inside—onto a train-type platform or, as you can see in this photo, locked into a drone-style quad-rotor system. And this isn't even the craziest thing that showed up at Geneva!