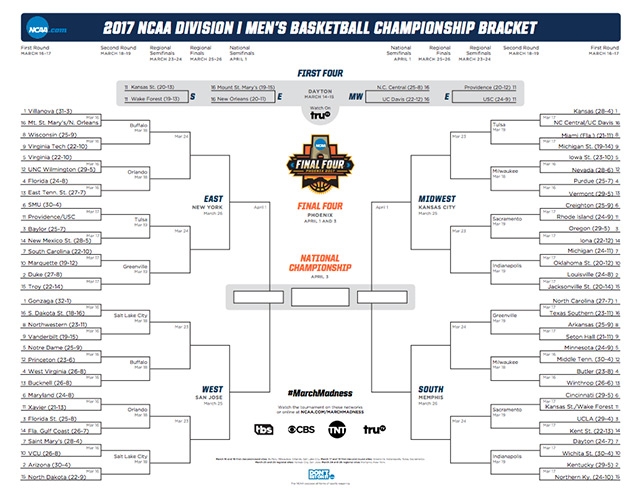 Sunday, March 12, CBS SPORTS broadcast the 2017 NCAA MARCH MADNESS SELECTION SHOW, during which time they announce the field of 68 NCAA Men's Basketball Teams that will participate in the 2017 NCAA DIVISION I MEN'S BASKETBALL TOURNAMENT.

Courtesy of the really good folks at the NCAA, here is your full 2017 NCAA DIVISION I MEN'S BASKETBALL TOUNAMENT CHAMPIONSHIP BRACKET.

Bring on The MARCH MADNESS, Baby!!!