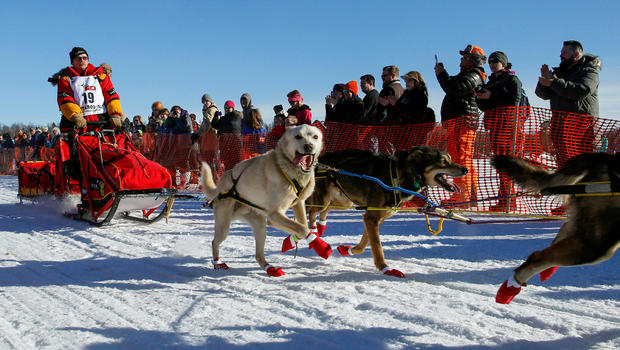 CBS NEWS reports that at age 57, MITCH SEAVEY is officially the oldest person to ever win the historic competition at 8 days, 11, hours, 20 minutes, and 15 seconds.

On Monday, March 6, a total 71 Sled Teams began the 2017 Iditarod began in FAIRBANKS, ALASKA, with 64 able to successfully complete the race in NOME.


“This is kind of a ride of a lifetime. I hope there’s more, but it’s fantastic to see these guys perform. This is the joy of the dog team, the accomplishments of the kennel and family,” he said. “The winning is kind of checking the box, but getting it done is really where the value is.”


This is the third IDITAROD title for Mitch Seavey. He previously won in 2013 and 2004.

The Iditarod is a Seavey family tradition. His son DALLAS SEAVEY won in 2016.