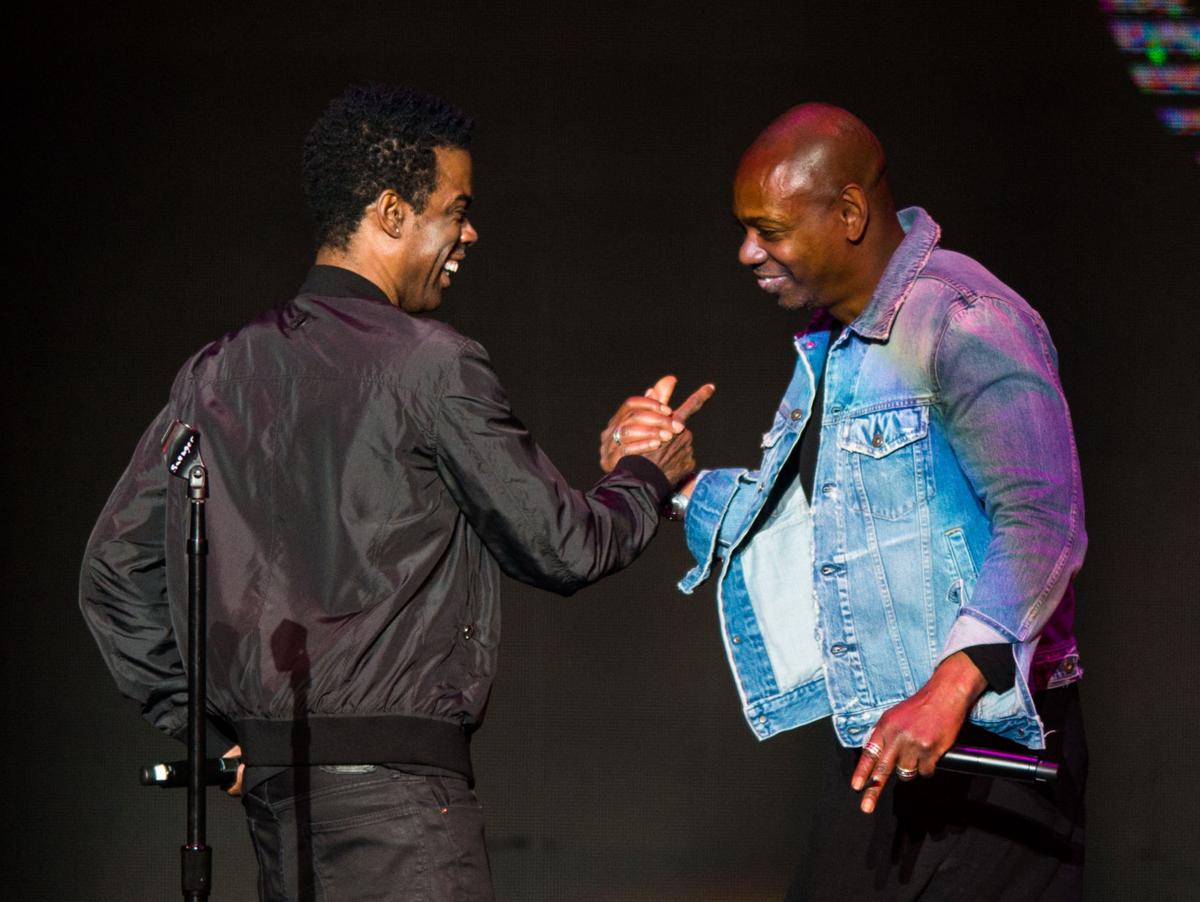 Saturday night, Comedian/Actor/Director CHRIS ROCK began a 3-night stint at the SAENGER THEATRE in NEW ORLEANS as a part of his CHRIS ROCK: TOTAL BLACKOUT TOUR, and; in addition to scheduled openers ERIC ANDRE and JEFF ROSS, he had a surprise guest - DAVE CHAPPELLE!!!


"I know I was just here. Tonight, you are all a part of a social experiment... Stranger things have happened in new orleans.'

Just before the end of the Saturday night special show, DC confessed;


"This just might be one of the flyest things I've ever been a part of."

Had some special guests tonight. #TotalBlackOutTour check it out. #NewOrleans
A post shared by Chris Rock (@chrisrock) on Mar 25, 2017 at 8:51pm PDT


TIMES-PICAYUNE
Posted by CCG at 8:53 AM