#BLACKGIRLMAGIC #BLACKGIRLSROCK: FEMINISTS On WHY THEY WORK For PLAYBOY MAG!!! Considering the extremely divisive current political climate, it would not a stretch to suggest that the USA has not seen women to be be as unified and outspoken about their civil rights in many years!!!

It would also not be a stretch to suggest that in 2017, women are being more aggressively subjugated to discriminatory legislation on both the state and federal levels. Our national body of lawmakers is overwhelmingly male, and they seek to regulate everything concerning women from abortion and  birth control to maternity leave and equal pay.

Since its founding in 1963, PLAYBOY Magazine considers itself to be a longtime advocate of women's rights.

In 2012, PLAYBOY Founder HUGH HEFNER said;
“Today, in every instance of sexual rights falling under attack, you’ll find legislation forced into place by people who practice discrimination disguised as religious freedom. Moralists say that if sex doesn’t beget children, it’s a sin. Your sex life, your privacy rights and the rights of men and women everywhere are casualties of this belief…No one should have to subjugate their religious freedom, and no one should have their personal freedoms infringed.”

Understanding The HEF, meet ASHLEY WILKERSON, KEANNA AUBERT, MYSHALA'E JACKSON, and PAT LACEY; the CCG FABULOUS FOUR of 10 FEMINISTS On WHY THEY WORK For PLAYBOY: 
What feminism means to me: Freedom. Equality. The space to BE.
Why I work for Playboy: I work for a company where I can show up as my authentic self. I get to be as bold, brilliant, black and beautiful as I want to be. I feel comfortable voicing my opinions, and I work directly with three dynamic & compassionate women. (One of them is my boss.)

KEANNA AUBERT: EXECUTIVE ASSISTANT
What feminism means to me: Feminism, to me, encompasses the freedom to choose the life I want to live and how I want to live it, without societal constraints or judgment based on my gender. It’s the liberty and latitude to exude traditionally feminine qualities of compassion and grace while also killing it in the workplace with determination, intelligence and purpose. But most important, feminism is about fighting for equal pay, compensation and recognition of equitable contributions from women based on merit, as opposed to antiquated social mores.
Why I work for Playboy: Playboy personifies an activist, revolutionary and opulent lifestyle while unapologetically celebrating the uninhibited sexuality and sensuality of womanhood. It’s the first place I’ve worked where I can begin the day exercising social responsibility by meeting with members of the NAACP’s Legal Defense Fund to discuss tactics to protect the disenfranchised under a new White House administration, and then usher in dawn with a voyeuristic look into the nightlife of millennials. Playboy is liberation from the constraints of gender, race and age. 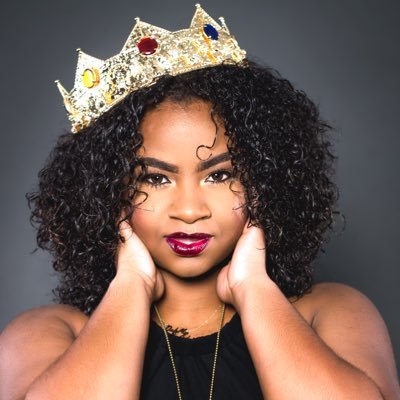 What feminism means to me: FE feeling M myself I in the N nude I is S so M magical.


Why I work for Playboy: When I was a little girl, Playboy, to me, embodied beautiful women who are classy, allowed to have fun while working and most importantly, they were nude. Nudity has always made me feel free while at the same time giving me a sense of being present with myself. It is the truest form of self-love.


What feminism means to me: A belief that all people are entitled to the same civil rights and liberties and can be intellectual equals—regardless of gender. With this belief I am motivated to speak out for the rights of all—especially those who do not have a feminist platform.
Why I work for Playboy: I believe Playboy’s philosophy provides all nationalities and genders a strong platform for peaceful and loving environments and scholastic growth. Employee opinions matter; therefore, sharing opinions allows a tremendous amount of personal and professional progress.
-CCG
Posted by CCG at 5:02 PM