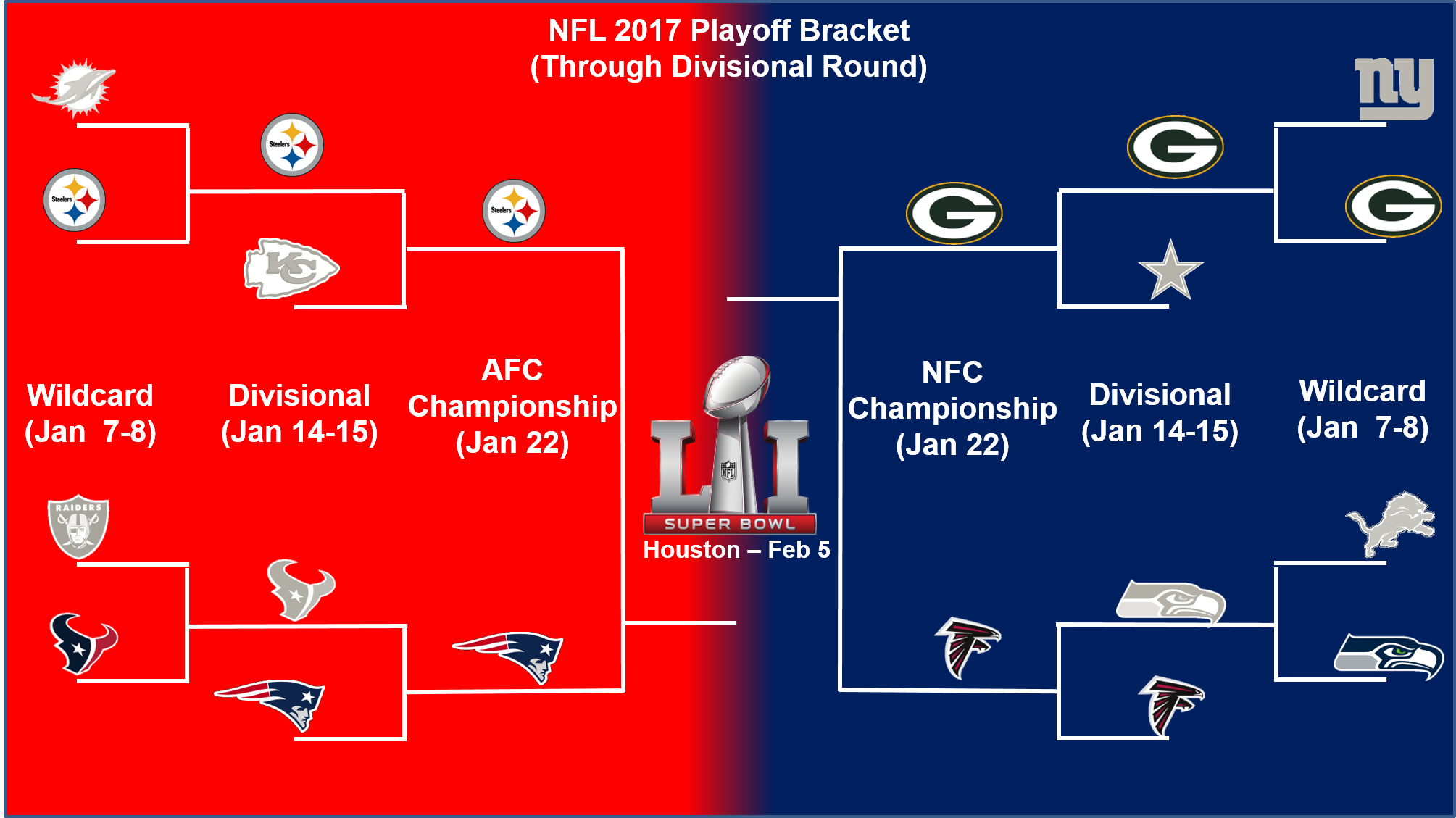 This coming SUNDAY, JANUARY 22, 2017, the 2017 NFL CONFERENCE CHAMPIONSHIP GAMES will take place with the GREEN BAY PACKERS coming here to ATLANTA, GA, to face the ATLANTA FACONS for the nfs championship, and; the PITTSBURGH STEELERS traveling to FOXBOROUGH, MASS, to face the NEW ENGLAND PATRIOTS for the AFC CHAMPIONSHIP, in effort to march to HOUSTON, TX, for SUPER BOWL LI (51)!!!

(Sunday, 3:05 p.m., FOX)
Get ready for some fireworks: Hope the Georgia Dome scoreboard operator has strong fingers, because he or she is going to get a workout when the NFL’s No. 1 scoring offense (33.8 points per game) hosts No. 3 (27.0). In the postseason (the Falcons have only played one game), Atlanta leads with 422 yards and is second with 36 points. Green Bay is second in yards (406) and first in points (38.0). The game opened with at 61 points over/under. Bet the over.
Kyle Shanahan is a wizard: It’s difficult to say he’s the best because there are so many good ones, but Falcons offensive coordinator Kyle Shanahan is certainly in the conversation for best gameplanner/playcaller in the league. He is just a master at devising schemes that attack the weaknesses of the defense. He put on a clinic in ways to attack the Seahawks’ secondary, and he’ll do it again against the Packers.
Falcons better have a plan for Rodgers’s legs: Rodgers is on such a roll right now throwing the ball that it might seem sacrilege for him to use his feet, but the last time the Packers and Falcons met, Rodgers torched Atlanta with a team-leading 60 rushing yards on six scrambles. And Rodgers also deftly ran the read-option for two points. The Falcons had so much trouble with Rodgers (and OLB Vic Beasley was so ineffective against RT Bryan Bulaga) that they had to spy Rodgers with Beasley. The Falcons need a better plan this time around.
Packers linebackers beware: One of the best things Shanahan does is use his lethal backfield (Devonta Freeman, Tevin Coleman) in coordination with his receivers to target off-the-ball linebackers where he sees a mismatch. Shanahan saw one the first time these teams played, as the Falcons killed Packers LBs Blake Martinez, Jake Ryan and Joe Thomas in the short and intermediate zones.
In this one, the first matchup matters: The two teams met in Week 8 at the same site and that game matters, because while there have been a lot of personnel changes since then (Clay Matthews, Ty Montgomery and Randall Cobb back for Packers; Tevin Coleman for the Falcons), the way the game unfolded is familiar. Yes, the Packers’ 33–32 loss to the Falcons was the start of their four-game losing streak, but largely what we saw out of Green Bay then was the same as what we’ve seen from it as of late. Aaron Rodgers was great (four touchdowns, 125.5 rating, 6 of 10 on third downs) and the defense struggled to close the deal (it gave up a 75-yard touchdown drive starting with 3:58 remaining). Same with the Falcons.
Defense doesn’t matter: Conventional wisdom says that defense shows up in the biggest games. Forget this one. Just like in their divisional victories, the Falcons and Packers advanced because of their offenses and the ability of the opposing offenses to keep pace. Both these defenses are on the poor side, especially the Falcons. That being said, Atlanta better have a better plan for Packers DT Mike Daniels because he owned both of its guards in the first matchup. Falcons OLB Vic Beasley has come on this season, but the Packers’ pass protection is outstanding.

(Sunday, 6:40 p.m.)
No love lost between these two teams: Let's just say the Steelers aren’t exactly high on Bill Belichick's Christmas card list. Firstly, several ex-Steelers (namely WR Hines Ward and current OLB James Harrison) have been vocal about the involvement of the Patriots’ Spygate scandal in two AFC Championship Games (2001, 2004) in which the Patriots beat the Steelers. Then, in the 2015 season opener, coach Mike Tomlin said the Steelers could only hear the Patriots’ radio broadcast in some crucial moments of the game and, when asked if they have a lot of problems at Gillette Stadium, Tomlin replied, “That's always the case.” Earlier this season, Steelers defensive coordinator Keith Butler said the Patriots’ offense doesn’t do “anything special” and that it does things that border on the “edge of being legal or not legal.”
Tom Brady is good vs. Steelers: I was originally going to tell you to ignore all the “Brady owns the Steelers since 2004” stories because Dick LeBeau was the coordinator for many of those games and Keith Butler has only been around for two years. And then I looked at Brady in two games vs. Butler (75.9% completions, 510 yards, 6 TDs, zero INTs, 136.4 passer rating). So, yeah, Brady owns the Steelers in a variety of ways.
Little Ben on the road: Ben Roethlisberger’s 2016 road woes continued against the Chiefs, and were the biggest reason why the Steelers didn’t win that game handily. In the regular season, Roethlisberger completed 59.4% of his passes for 238 yards per game, 9 TDs, 8 INTs and had a 78.4 rating. Against the Chiefs, Roethlisberger was 20 of 31 for 224 yards, 0 TDs, 1 INT and a 72.5 rating. The Steelers have no chance against the Patriots if Road Ben shows up at Gillette.
The Patriots haven’t faced this arsenal: As great as New England has been against Pittsburgh of late, it has yet to face the full firepower of QB Ben Roethlisberger, WR Antonio Brown and RB Le’Veon Bell. On Oct. 23, the Patriots beat the Steelers without Roethlisberger (Landry Jones started). In 2015, there was no Bell and in 2013, Bell was a rookie backing up Felix Jones and playing just his fifth game. (For reference, Bell has 337 rushing yards in his first two postseason games this season). This is an altogether different challenge for the Patriots’ defense, not just in this game, but this season. The best QB-weapons-RB combo the Patriots faced this season was Arizona in the season opener. The best QB they faced since then was Russell Wilson and he torched them in a 31–24 Week 10 victory. The Patriots may play well on Sunday, but they are not battle-tested against this type of offense.
-CCG