JON FAVREAU We've got Issa, Damien, Lin-Manuel and Donald, aka Childish Gambino. Is that your name for this venue?
DONALD GLOVER We can talk about it, sure. It's not a secret.
FAVREAU No, I know it's not a secret. And you got the name from the Wu-Tang website?
GLOVER The name generator, yeah.
LIN-MANUEL MIRANDA Really?
GLOVER You didn't hear that story? Lots of people do it.
FAVREAU But you came out with a good one.
GLOVER Yeah, mine was the coolest one at the party.
FAVREAU When I saw Hamilton with my daughter, I was like, "This is like Shakespeare." We look at Shakespeare now like it's classic and it's old-fashioned, but at the time, the iambic pentameter, blank verse, all that was very current, and I would say the equivalent of the poetry of your show. And they were telling stories about characters that were hundreds of years old then.
MIRANDA Right.
FAVREAU So there's a way to bring the audience in. Whether you knew the stories or not, you were going to get entertained. I thought it was a really good idiom for our time, whether it was conscious or otherwise. [Hamilton] draws you in, there's always a beat going, and there's an engine driving through the whole piece. And I went in there being a little skeptical, as you always are when somebody says how awesome something is.
GLOVER Everything now is like, "This is the best thing!"
RAE It's a rush to be able to say, "This is the best thing I've ever seen, and if you don't agree, you're an idiot and everybody get on board." And there's such a pressure to live up to that. I don't ever want that for my own work. No matter what it is, I don't want everyone to be on board or everyone to exclaim that it's the best thing they've ever seen. The goal is to make people feel and to make people talk about it. But there's such a hype culture right now.
GLOVER You can only be like, "This is the worst" or "This is [the best]" because there's no room for discussion.
FAVREAU All of that relates to this value that we're placing now on authenticity, whether it's in the material you're putting out there — if it's authentic to your experience — or the way it's being recommended and not marketed to you. There is a sense of crowdsourcing, whether something is of value and the word gets out. Do you all see that as a positive?
GLOVER How you get to the product is almost more important than the product, nowadays. Because it changes the lens a little bit. If 30 percent of people are like, "This is amazing," there's going to be 20 percent that are like, "Well, I have to agree with my friends a little bit." We release a lot of our stuff on Sundays because I know bloggers are asleep and people don't want to talk. People have to think about it for themselves, which doesn't happen a lot.

CHAZELLE I hear stuff like this and it makes me very nostalgic for an era of movies that was actually before my time, when your local two-screen theater would run a movie for months. Say, Eraserhead or something opens and no one knows about it. And then it plays and plays and it gains this following. Now, theaters don't allow that. What's replaced that is the internet, and I guess TV to some extent. But that idea of allowing a piece of art to slowly find its way into the culture is really something that Hollywood is incapable of doing, unless it has a ton of money, and then it's all about trying to seed that opening weekend.
MIRANDA You think of Breaking Bad, that was not a show that opened strong, but then it was on Netflix when streaming on Netflix was a new thing, and people caught up with it. And then by the time the third season rolls out, it's like, "All right, what's going to happen?"
RAE I find myself wanting to be immersed in a world now. I used to go to the movies every other week. And now I find myself wanting to be in 12 hours of a television show. If I see a movie on Netflix, for example, I'm like, "An hour and a half? Nobody has time for an hour and a half to watch a movie."
MIRANDA I only have 12 hours. (Laughs.)
RAE I want to be in a world and I want to feel like my time means something. It makes me sad because movies are being pushed out so fast; after opening weekend, it's the next one.

FAVREAU What I really appreciate about all of your work is it feels oddly relatable and personal, even though it could not be more different from the experience I had coming up — even with La La Land, set 20 years after I had explored similar subject matter with Swingers in the same area.
CHAZELLE When you're looking at the pantheon of L.A. movies, which I wanted to do before I was going to shoot here, it's weirdly a city where more movies have been shot than any other city in the world. But given that statistic, it's very seldom actually seen in movies. There are those few like Swingers.
FAVREAU You're surprised how little you know about [L.A.] having seen it filmed so much.
CHAZELLE Well, you'd be surprised we had to convince people that we actually wanted to shoot in L.A. for a movie called La La Land.
RAE Oh my God, that happened to me with my show.
CHAZELLE Really?
RAE My show is set in a very specific part of L.A. where I grew up.
CHAZELLE So where'd they try to convince you to shoot?
RAE In the Valley. It's South L.A., and in South Central, there's specific parts. There's Leimert Park, there's Inglewood, all the places I know. And I grew up in an area called Windsor Hills, Baldwin Hills, they call it the black Beverly Hills, and it's very specific to people I knew. And people just didn't understand that I wanted to be there. 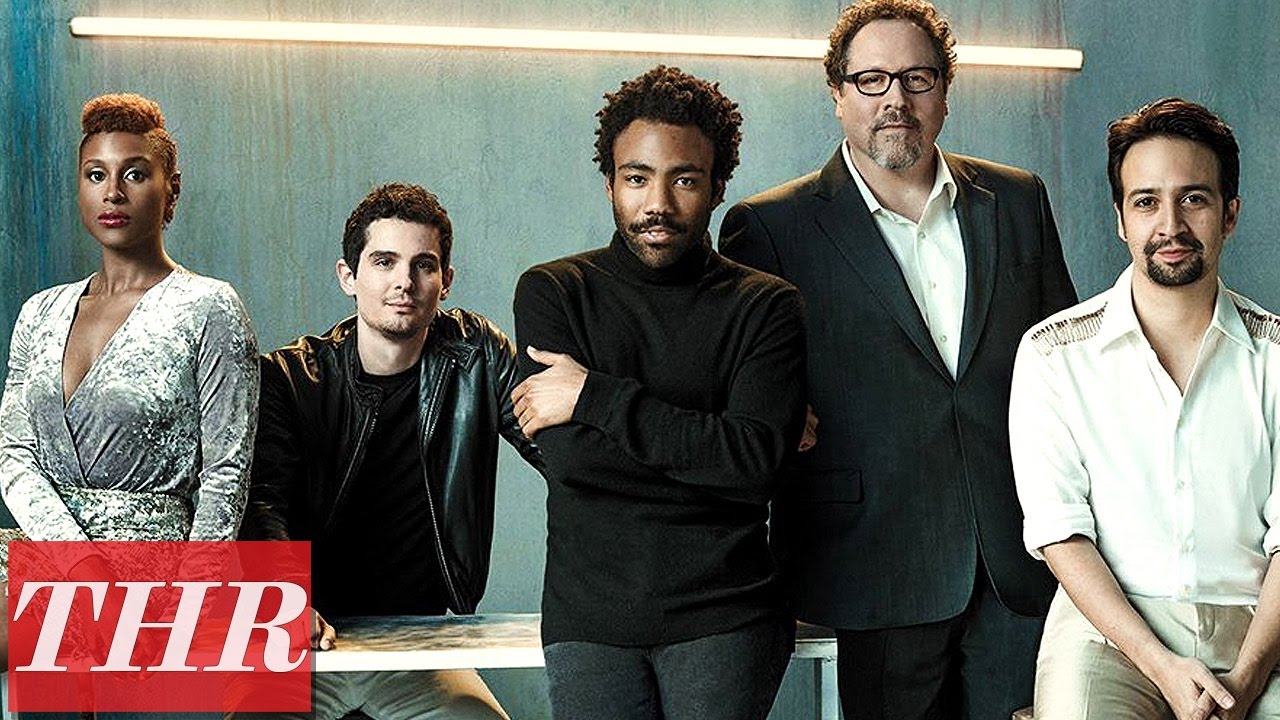