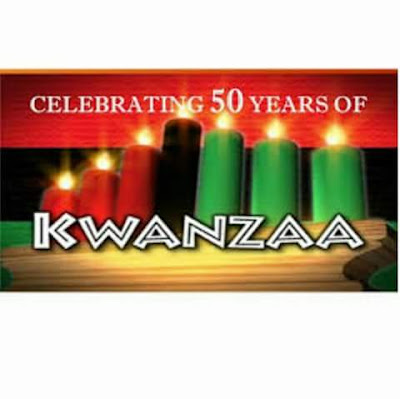 2016 marks the 50th ANNIVERSARY of the creation of KWANZAA.

KWANZAA  was created by Dr. MAULANA KARENGA in 1966 as an AFRICAN AMERICAN and PAN-AFRICAN Holiday which celebrates family, community, and culture.

KWANZAA begins annually on December 26, and is celebrated through January 1.

During the holiday, individuals, families, and communities host activities and celebrations which focus on the NGUZO SABA (Seven Principles) of Kwanzaa. Each of the sevens days is reprinted by a distinct name and symbol: UMOJA (Unity), KUJICHAGULIA (Slf-Determination), UJIMA (Collective Work and Responsibility), UJAMAA (Cooperative Economics), NIA (Purpose), KUUMBA (CREATIVITY, and IMANI (Faith). 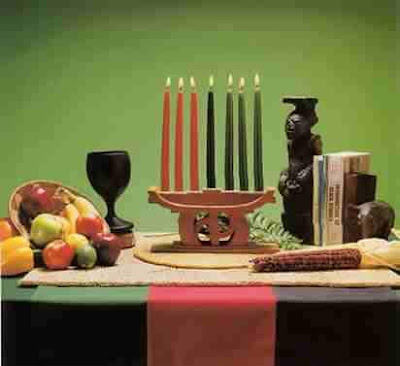 The SYMBOLS Of KWANZAA (photo above) include the MKEKA (Corn),  KINARA (Candle Holder), MISHUMAA SABA (Seven Candles), KIKOMBE Cha UMOJA (Unity Cup), MUHINDI (Corn), and MAZAO (Crops), and ZAWADI (GIFTS). You also may have the PAN-AFRICAN FLAG,  and a printed posting of the Nguzo Saba. 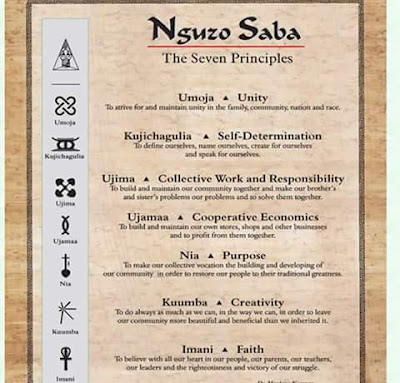 The origins of KWANZAA  are in the first harvest celebrations of Africa from which it takes its name. The name Kwanzaa is derived from the phrase "MATUNDA Ya KWANZAA" which means "first fruits" in Swahili, a Pan-African language which is the most widely spoken African language.

It should be noted that while Kwanzaa itself is NOT a religious holiday, Religious Observances are sometimes a part of the celebration of Kwanzaa.

PEACE, LOVE, And BOUNTIFUL KWANZAA BLESSINGS For ALL of YOU and Your FAMILIES; 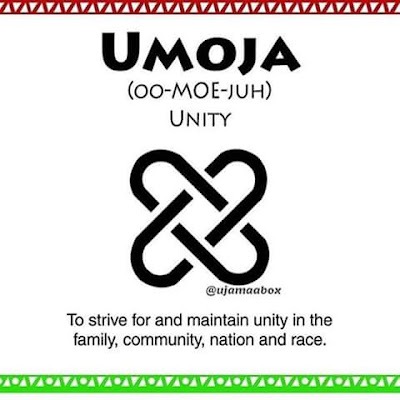 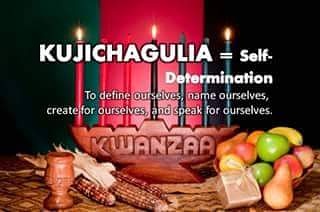 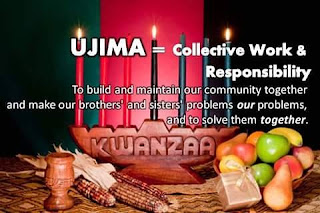 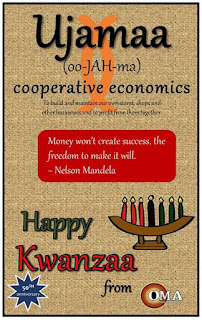 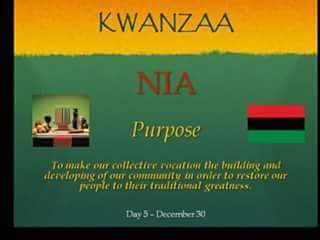 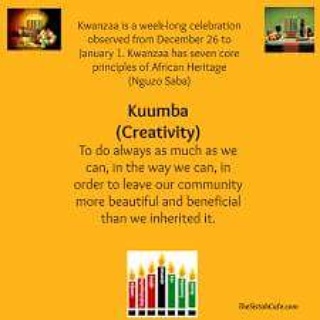 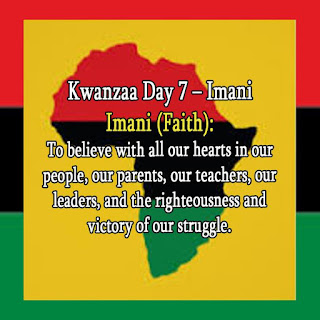 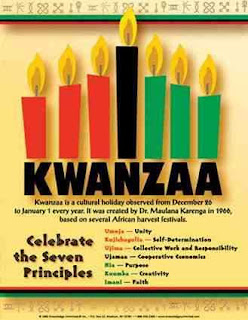 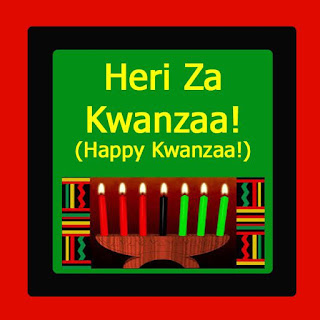