Chocolate-Covered Actresses TARAJI P. HENSON, OCTAVIA SPENCER, and JANGLE MONAE portray real-life scientists Drs. KATHERINE JOHNSON, DOROTHY VAUGHAN, and MARY JACKSON in forthcoming film HIDDEN FIGURES, and; they are covered in black as they each have their own septa covers for r the February 2017 CHANGE THE WORLD issue of ESSENCE Magazine!!! 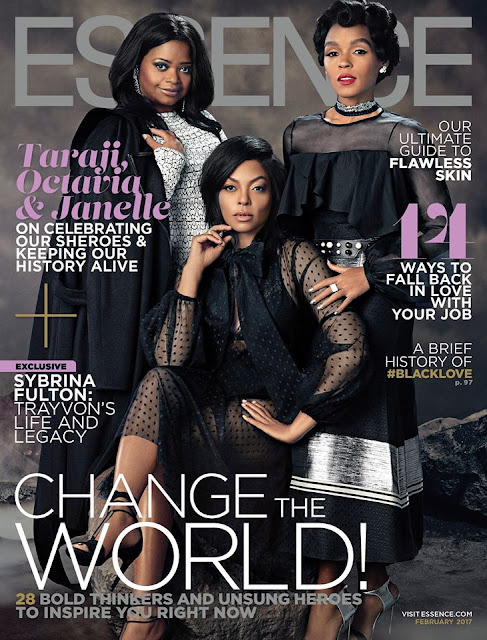