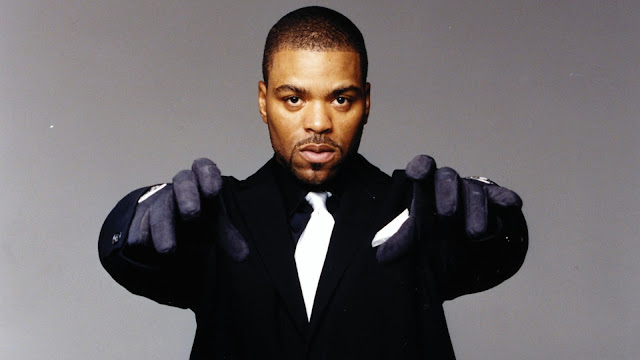 LONG ISLAND, NY-native Rapper/Actor CLIFFORD METHOD MAN SMITH is one of the founding members of famed hip hop collective WU-TANG CLAN, and over the past few years, has segued himself into an acting career!!!

Director/Producer/Actor/Journalist JAMES FRANCO managed to catch up with METHOD MAN just long enough to get an interview for PLAYBOY Magazine: FRANCOFILE.

What got you into hip-hop?
I’ve always been into hip-hop but not particularly writing and rhyming. It was the dudes I hung around. That’s why I always say it’s important to know who your kids are hanging around, because that’s going to be a greater influence than anything else. I could have hung out with dudes that was crackheads, and I could have been a crackhead. But I hung out with dudes that liked to rhyme.

You’re in ninth grade and rhyming with friends. What does that look like?
Let’s put it this way: There was a lot of truancy going on, you know what I’m saying? We would meet up at the bus stop on our way to school, and dudes got money in their pockets. It was $5 for a ravioli bag. That’s slang for a $5 sack of weed that came in a big yellow envelope. We would all put our money together, then we’d go up in the staircase and just be rhyming all day off that one bag of weed. Our building only went up to the sixth floor and then you had the roof, so we would rhyme in between the sixth floor and the roof because it had a lot of bass in there.

When did Wu-Tang start?
Wu-Tang was supposed to be RZA, GZA and Ol’ Dirty Bastard, just those three. We all did a song together that was supposed to be a posse cut—you know, one of those songs where you put all your friends on it. But when we recorded it, RZA thought, Damn, I got a lot of dope niggas in my home right now. He had an epiphany: I might as well come in as a group with all these dudes. I don’t know how GZA and Dirty felt about it, but that’s a little Wu-Tang trivia. But we all had to pay to get on that song. Studio time was expensive and none of us had money, but it was $100 a head to get into the studio and get on that record. Afterward, I remember RZA coming to talk to me about the whole Wu-Tang thing and what he had planned.

How did you make the move into acting?
They wanted me to perform one of my songs in a movie called The Great White Hype. Sam Jackson was there, and Damon Wayans too. Sam was doing a movie called One Eight Seven, and they called me in to do a little part. Once I did that, I was hooked. The first audition I went on was for a movie called Cop Land, and I went in and it was horrible. My manager told me to go back in with the whole “Bring the Pain” look—the eyeball missing, the whole thing. So I went back in with my getup on, and I got the part. From there, it was on, but there weren’t a lot of roles for rappers—unless you were like freaking Will Smith. Redman and I decided the only way we were going to get into the game was if we made our own movie. That’s when I met my manager, and she gave us the opportunity to make How High

Is Wu-Tang still recording?
Not right now. I’m doing my thing with acting. RZA’s directing. We gave it one last shot on this latest LP, but you know, it wasn’t received well by the fans. And some of the Clan members didn’t like it either—the way it was done, the process and all that. For me, if you don’t love what you’re doing anymore, it’s time to leave that shit the fuck alone. But you know, dudes in the Clan still have that itch, and I’m a team player, so if they want to go back and make another album, as many albums as they want to make, I’m here for it.