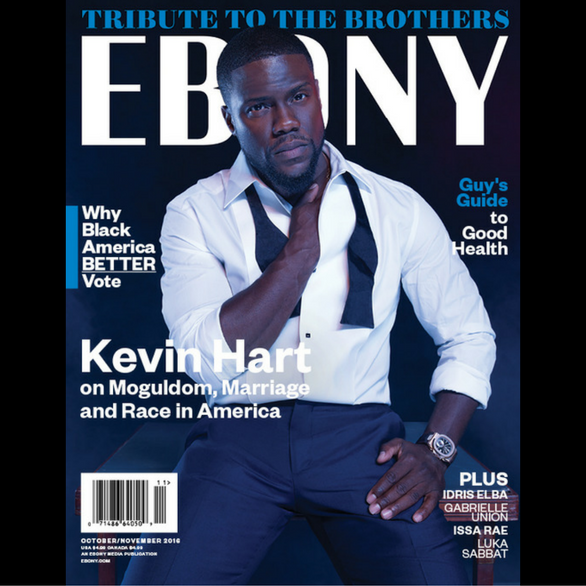 In just the past year, Comedian/Actor/Entertainment Mogul/Rapper KEVIN HART has catapulted from #95 to #6 on the list of FORBES: 100 HIGHEST-PAID CELEBRITIES, he is the first comedian in eight years to make more money than JERRY SEINFELD, and he covers the October/November 2016 EBONY Magazine: MEN'S ISSUE 2016 - TRIBUTE TO THE BROTHERS!!!